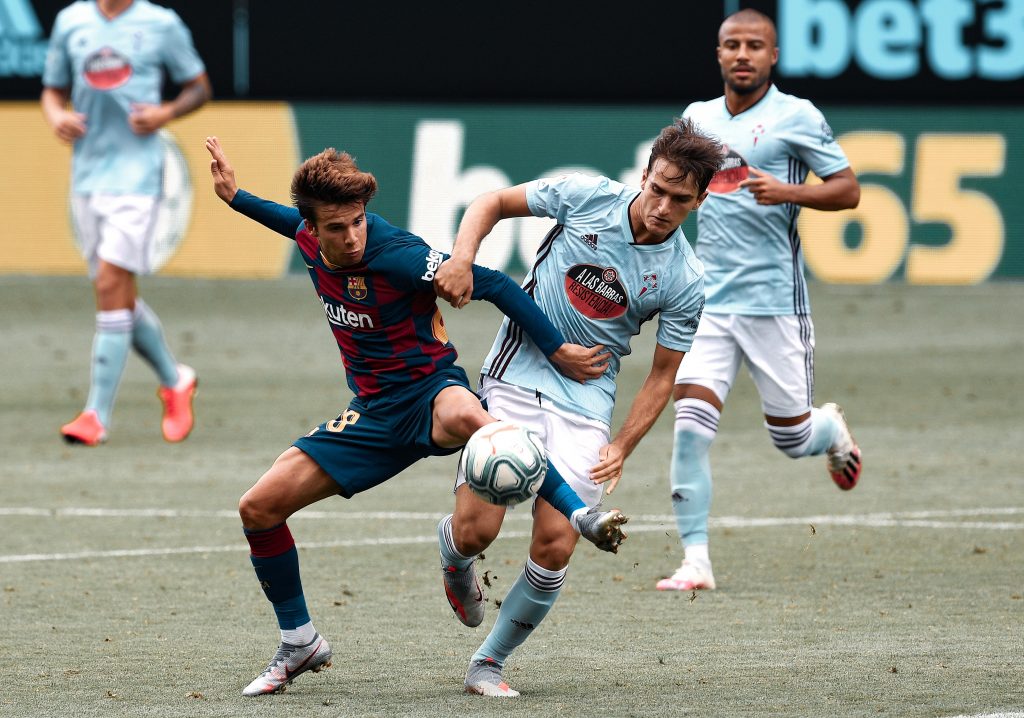 With the arrival of Miralem Pjanić looking imminent, it is essential to remember that Barça’s biggest assets always lie at home with the La Masia youth.

In what is one of the most bizarre and shocking transfers from Barcelona’s perspective in recent years, 23-year-old midfielder Arthur Melo will be departing to Juventus with Miralem Pjanić coming to the Camp Nou. The fans’ beloved Brazilian will finally leave after a months-long transfer saga which has kept everyone on edge. A deal which is nothing more than a financial cover-up, it has not gone down well with the Barça faithful. The current board’s history of poor decisions and shady business is well documented. However, with this fiasco, president Josep Maria Bartomeu and his entourage have stooped to an all-time low.

From a footballing perspective, it is truly baffling. One of Barça’s most promising young midfielders, making way for a 30-year-old, who, albeit a great player, has had one of his poorest seasons in recent years and is much closer to the twilight of his career. This move is being fiercely detested by the Barcelona fans and the primary reason for it, is that money is the only concern. The board’s incompetence has continually chipped away at the club’s financial well-being. And now to dig themselves out of this hole, the long-term sporting project is being compromised.

Amid all the anger and negativity, though, it is necessary to look at the bright side of things now. Miralem Pjanić is undoubtedly a great player. With the right ingredients, he will definitely contribute a lot to the team. The Bosnian was an undisputed starter at Juventus and will thus demand a lot of game time at Barça too. But, despite all the arguments in favour of Pjanić, the focus must be on the La Masía youth. The mine where Barcelona’s gems await polishing, counting the moments to their time in the spotlight.

Bags of promise since the restart

Ever since the La Liga season has restarted, the La Masía boys are slowly starting to show just why they should be among the starting names on the teamsheet. So far, Ronald Araújo, Ansu Fati and Riqui Puig have all showed signs of their immense quality. Araújo’s wonderful performance at Mallorca, Fati’s inspired display against Leganés, and Puig’s game-changing showing versus Athletic Club de Bilbao have all been treats to witness.

Even against Celta de Vigo, Puig and Fati started the game and were impressive. They showed exactly why their vitality and explosive talent is just what the team needs. Despite a disappointing 2–2 end result, their showings were positives to take away. And although we are yet to see the likes of Álex Collado and Monchu Rodríguez feature, anyone who has followed their time with the B-team knows their immense quality. They have been named in every matchday squad so far. It is only a matter of time before they get to step out on the pitch.

They are showing that they aren’t just back-ups for injured or suspended first team players. They are truly world-class players in the making, who must be given their chances to prove just that.

In spite of the signing of Pjanić, La Masía gem Riqui Puig deserves much more than a simple rotational role in the senior squad | Photo by STR / AFP via Getty Images

When all is said and done, the very fabric of Barça’s being and its traditions lie with La Masía. Historically, FC Barcelona have always put emphasis on cultivating youth at their academy and watching them blossom into world-beaters. Granted, the workings of football have largely changed. It is difficult to take risks with young players when a club can simply splash money for a proven superstar.

But for Barça, things cannot be that straightforward. And this has been evident over the past few seasons. They have tried to spend their way to glory but it hasn’t always worked. And for the most part, it has only caused harm to the club’s finances. For these very reasons, the identity of the club has become somewhat faded. Barça can never forget that some of the greatest players in the history of football became who they are right at home.

And sure, there can never be another Xavi Hernández or another Andrés Iniesta, let alone another Lionel Messi. The list goes on. But who’s to say that there cannot be the first Riqui Puig or the first Ansu Fati who rise to greatness? If these recent years have taught us anything, it’s that players will come and go, but La Masía will always remain a constant of Barcelona. And that cornerstone of the club’s identity must always be respected.