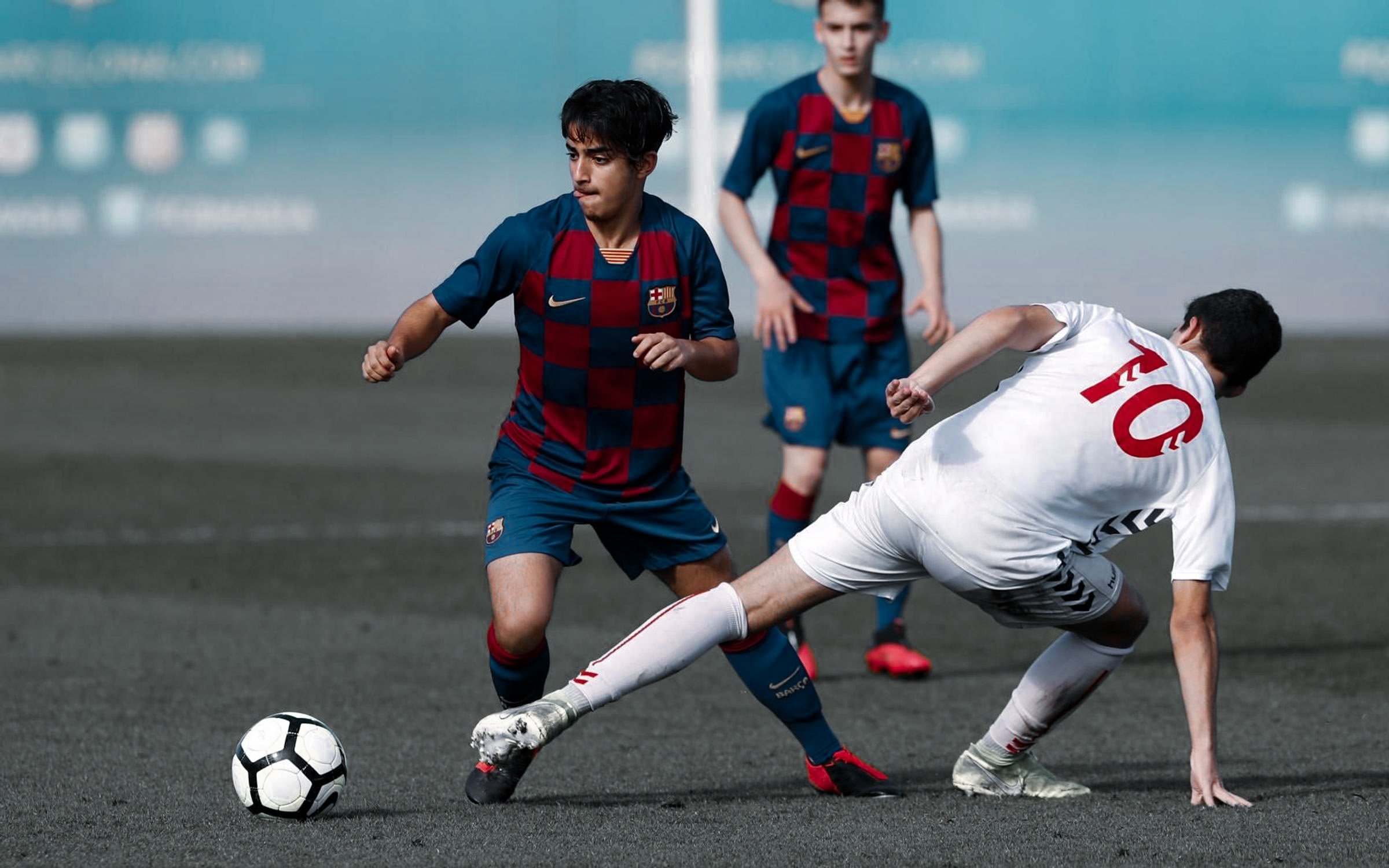 An in-depth review of La Masía midfield talent Txus Alba. An analysis of his profile, playing style and what to expect for the future.

In episode 10 of the La Masía Talents, we will analyse, as could not be otherwise, another top midfield prospect. La Masía never seems to run out of quality in the centre of the park, and this week’s protagonist, Txus Alba, is just another gem – but not an ordinary one.

Born on 31 January 2003 in Barcelona, Txus Alba Ramos started playing football at RCD Espanyol’s Escola in the 2010/11 campaign. He remained with the Blanquiazules for 4 seasons, though, after being discarded, he chose to move to CF Damm, another highly prestigious academy in the Catalan city. There he impressed and Espanyol, who had been monitoring his progression, decided to call him back.

Txus Alba was on the rise with Espanyol and, after excelling at their Cadete B and making it to the Spanish U15 squad, FC Barcelona paid the player’s €50.000 release clause to bring him to La Masía in 2018. The endless rivalry and relationship of enmity between Espanyol and Barça had another spicy episode as the blaugranas took one of the jewels of RCDE’s academy away from their local enemies.

Despite the insane amount of talent in Carles Martínez’s 18/19 Cadete A, featuring the likes of Jorge Alastuey – who got an ACL tear –, Fermín López – who moved to the wing –, Marc Casadó, Arnau Solà or Xavi Simons – who later left to PSG –, Txus Alba managed to impose himself at La Masía and become one of his team’s leading rising stars. Along with many from the 2003 generation, Txus got promoted to the Juvenil B in the summer, and he’s still shining.

Txus Alba is a central or attacking midfielder that, above everything, stands out for his talent. His technique is exquisite, and, joined with his imagination and daringness, it makes him capable of producing the most unexpected and nasty actions even from the middle. At Espanyol he had a more offensive role, which probably explains his ability to dribble and speed up, but in Barça’s 4–3–3 he has had to adapt to the position of interior or central midfielder.

From there, he dictates the tempo of the game, choosing between chaos and calm depending on each situation or necessity. If he has to slow down and control the pace of the match through his passing, he can do it comfortably. However, if the team needs a bigger contribution in the opposing box from its maestros, then he can carry the ball forward, break defensive lines and also score with runs from behind or long-range shots. With his delightful craft, Alba isn’t afraid of trying the unimaginable.

Roughly two months ago, for example, Txus Alba scored a hat-trick, including an incredible lob from almost the halfway line. An offensive playmaker with an eye for goal – he has 7 goals this season at the time of writing. With his vision, balance and passing range, apart from his defensive capabilities that have a lot of room for improvement, La Masía talent Txus Alba fits perfectly in the profile of an attacking midfielder.

What does the future hold for Txus Alba?

Will Txus ever make it into the first team? We never know, let alone for a boy that is only 16 and still at the Juvenil B. It is true that the midfielders that tend to succeed at Barcelona have other characteristics and the former Espanyol footballer will need to improve some aspects of his game as the responsibilities he has to assume increase. It is also true, though, that there are few youngsters with a finer technique than Txus Alba at La Masía. His progression and acquisition of concepts are what will determine his future in the elite. Now, patience.

EPISODE 9: Álex Rico
What did you think of this article?