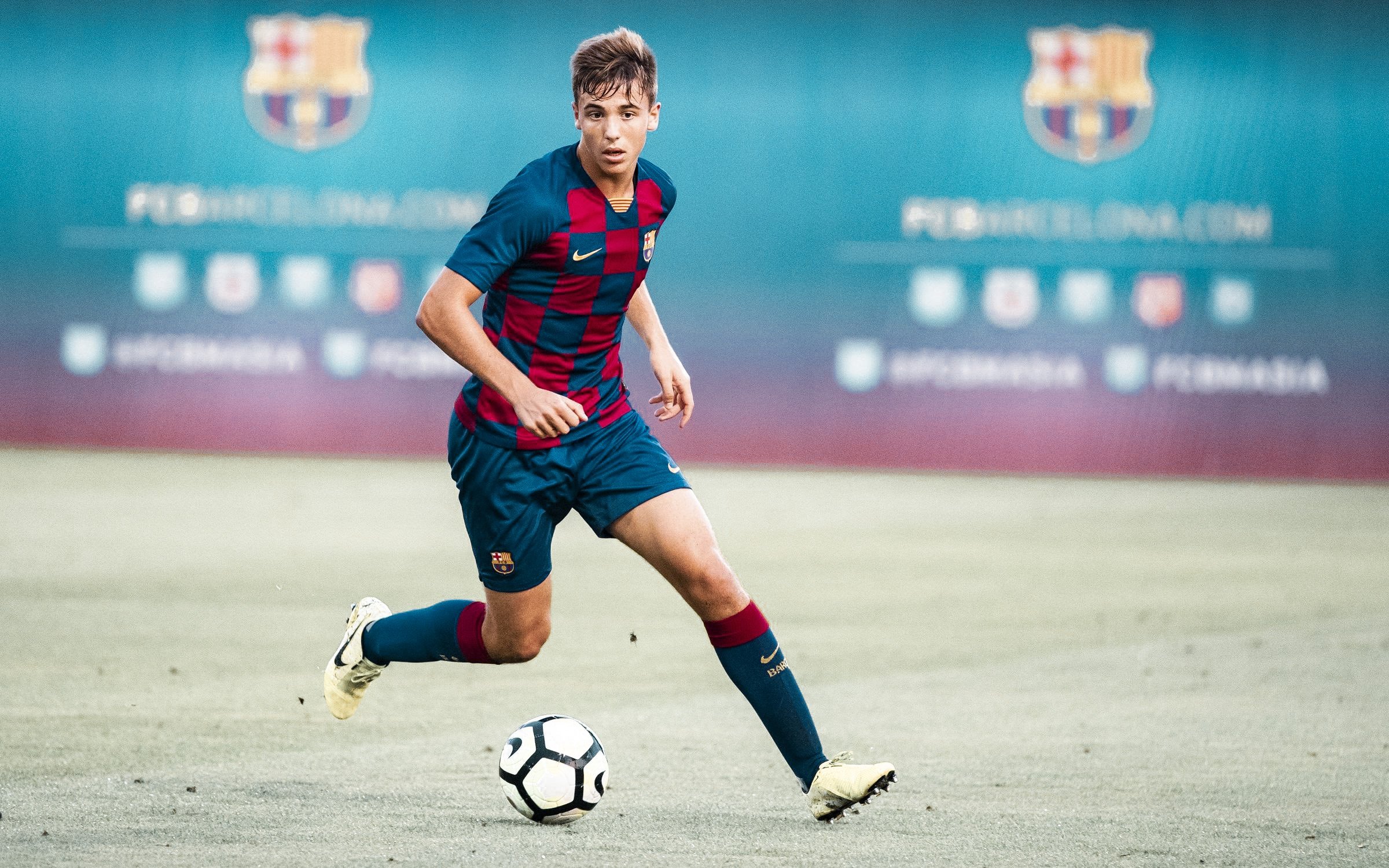 A look at young La Masía talent Nico González. In this article, we take a look at what the bright midfielder can offer to Barcelona.

There are some players that catch your eye immediately when you watch them, and then some which you will like after watching a few matches of theirs. And after that, with each match, your admiration for them will just grow and grow. The reason they don’t stand out immediately is that they do a bit of everything and do everything effectively. This is the case with Nicolas González, commonly called Nico, of Barcelona’s Juvenil A.

Carrying on the legacy

Footballing excellence runs in Nico’s blood. Son of Deportivo La Coruña legend, Fran, Nico González is a 17-year-old midfielder currently playing at La Masía at the Juvenil A level for Barcelona. In this article, we will take a look at just what makes him a highly-touted youngster.

Born at A Coruña on 3 January 2002, Nico started off at Montañeros. He always played with kids older than him. He was snatched up by Barcelona two years later. Since then, he has played very well at every level, drawing a lot of attention because of his elegance, vision, technique, and talent.

One of Nico’s strongest assets is how he contributes to Barcelona from any position in midfield. He played as a defensive midfielder last season where he gave more freedom to Ilaix Moriba, as a central midfielder throughout his career and as more of an attacking midfielder this year.

As a defensive midfielder at Barcelona, Nico González has resembled Man City’s Rodri Hernández more than Barcelona’s own Sergio Busquets. He is a tempo-controlling player in this situation, too. However, he is quite mobile and surprisingly agile for his height. This aspect of his play allows him to make the kind of dribbles we see from Frenkie de Jong, helping the team progress.

Nico’s style of play as a defensive midfielder at Barcelona is also quite direct. He will always try to break the lines and drive forward. More of a modern pivot, but he can do the basics such as intercepting and pressing very well, too. He is a great reader of the game as expected from a La Masía midfielder, which means most times he is in the right position to make an interception. And in the case he isn’t, he is great at pressing, which contains the opposition very well, allowing Barcelona to regroup.

Now, analysing his play as a central midfielder, there are some aspects of his play that he alters to make the most of his ability. Most noticeably, throughout his La Masía career Nico González will look to drive forward more. To do this, he uses a number of skills he has learned by watching Barça’s greats.

Like Busquets, he will move into space with or without the ball. But the aspect most similar is his disguised passing. He will shift his balance as to pass towards his wingers, which will trigger the opposition players who try and intercept. As they switch lanes, Nico will play a direct pass to his teammates through the centre, just like Busquets.

There are situations in which the ball will be coming towards González with players already closing in on him. This situation is actually seen a lot in professional football, for which Nico is well prepared. As the ball approached, he will shift his balance forward which makes the opposition assume he is moving towards it. His markers instinctively try to close in, when the young Spaniard will let the ball run along his body, catching the opposition off-balance and allowing him to move into space.

As an attacking midfielder, Nico González is more of a creative player in his current Barcelona Juvenil side. He possesses a lot of agility which he rarely showcases when not playing as an attacking mid. Still, his quick feet and step-overs are very effective in driving forward as well as when in tight spaces. It’s surprising to see a player of his height have great balance and agility, and incredible elegance. His through balls are a work of art, perfectly weighted and into the path of the runner. Even as an attacking midfielder, Nico González is a gem at La Masía.

What does the future hold for Nico González?

Though the previously mentioned abilities of the young Galician are mostly for very specific scenarios, what makes them important is that they show his quick thinking, and that is the major part of football: thinking and deciding quickly and well. Nevertheless, they also showcase Nico’s technical ability as well. It’s thanks to this technique that Nico González has managed to progress so steadily at Barcelona.

This term, Nico González has been a core player of Barcelona’s Juvenil A side. Nonetheless, he might make occasional appearances for Barça B. If he does well at that level, it wouldn’t be a surprise to see him and Ilaix Moriba getting a chance in the first team for preseason after the next campaign.

All these abilities of the young Barcelona player allow him to be an extremely talented player. People who know him personally say he is down to earth, talented and a kind person and also very smart. These abilities of his are impressive and very useful for a footballer, too. All of this does not guarantee that he will be a first-team member. What it shows is that he does have that potential and, if given the proper opportunities, he could very well be a great player.

Episode 12: Arnau Tenas
What did you think of this article?