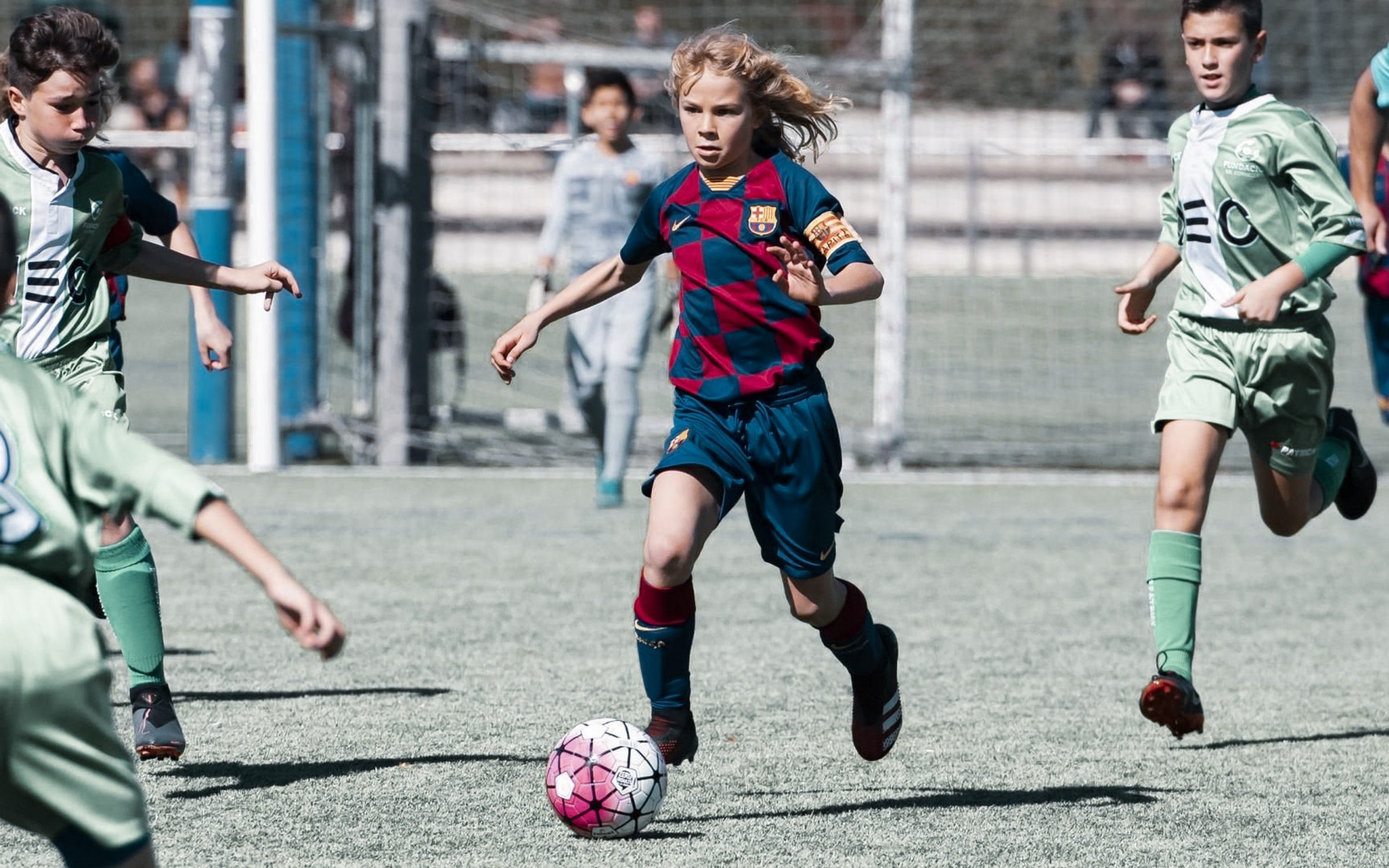 An in-depth analysis of La Masía 10-year-old Michal Zuk. A review of his profile, playing style and what to expect from him.

One of the most fascinating aspects of La Masía is its capacity to recruit talents at a very early age. Hunting players that compete professionally in the best leagues in Europe is relatively accessible, but covering each corner of the world to spot kids that may have the level to make Barcelona’s first team in 10 or 15 years time, when everything may have changed for them, is truly admirable.

Who would have thought that Pep Guardiola would have such an impact in the club when he was only a tiny and inoffensive 13-year-old when he joined the academy? Or that Xavi Hernández and Andrés Iniesta would form such a memorable duo when they were simply 11 and 12, respectively, when they were brought, separately, to La Masía? Who could have imagined, apart from agent Josep Maria Minguella, that Lionel Messi would become the greatest of all time when he travelled from Rosario to Spain at the age of 13? Or that Ansu Fati would become Barça’s youngest goalscorer ever in La Liga after he moved to the Catalan city aged 10?

Saying that a 10-year-old is good is very relative, but there’s one at La Masía who certainly is very good: Michal Zuk. In Episode 4 of the La Masía Talents, we will take a look at one of the players that have been attracting the most attention in recent months in the academy – and for good reason. However, it is important to distinguish hype from information, and in this article, we will try to keep our feet on the ground while analysing his talent. We inform you, though, that there’s obviously something to be excited about.

Michal Zuk was born on 2 January 2009 in Barcelona as his Polish father was working in Spain. From an early (very early) age, Zuk, a tiny kid with blond hair, started to stand out in this marvellous sport called football. In the 15/16 season, he drew interest from Barcelona as, despite being a midfielder, he scored 27 goals in 16 matches for Aqua Hotel F.C., the best goal-per-game ratio (1.69) in the league for those with over 2 matches played.

In 2016, the culés secured the services of Michal Zuk and took him to La Masía, where he has been making progress in leaps and bounds in spite of having to face taller and sometimes older rivals. While he should be playing with the Benjamines (U10s), Michal, nicknamed Milhouse, has been playing this campaign with teammates one year older than him at the Alevín C.

Michal Zuk gained some attention back in December 2018 when the by-then 9-year-old, alongside his also talented younger brother Milosz (who plays for Girona’s academy), signed a brand ambassador contract with Adidas. That’s the reason why he’s now getting payed for wearing their boots and also has had the chance to meet several Barça first team Adidas players – such as Lionel Messi – in events organised by the German multinational corporation. Nevertheless, no matter how many likes, comments or retweets may a picture or video of him get, it’s the footballing quality and features what matter the most about any player, older or younger.

Michal certainly is not your average talent, being named by some experienced followers of the academy or by opposing coaches as the most gifted prospect they’ve seen at such an early age. Milhouse still plays in 7-a-side football, acting as one of the two midfielders in the team. It must be said that in Football 7 every single player is vital both in the defensive and offensive phase, no matter the role or position. That being said, Zuk is an all-rounder that has all the conditions to be a (central) midfielder or interior once he moves to 11-a-side.

His small stature and blonde hair just seem to make each of his moves even more attractive to the eye. Michal is pure elegance, pure class. He’s only 10, but seems to know the Barça way to perfection already, and his decision-making and awareness is impeccable. He smoothly glides past the defenders, dribbles, asks for the ball, makes very little mistakes, shoots and defends surprisingly well thanks to his intelligence and positioning. He has got everything.

As mentioned previously, Zuk is a very goalscoring midfielder, with great timing in his arrivals to the box, a delightful technique and dribbling he uses for his solo runs, and an accurate shooting from long range he utilises to find the net regularly. While he belongs to a very encouraging 2009 generation, Michal is always head and shoulders above his colleagues and rivals.

What does the future hold for Michal Zuk?

As it is often said, with great talent comes great responsibility. Michal’s talent is beyond question, but what will determine his future success or lack of it is how he can deal with the pressure placed on his shoulders by millions of fans desperately looking for a youngster to invest their hopes in. With his style, appearance and even social media, the bright playmaker obviously has the profile to be hyped by tons of supporters around the globe, but we should be careful. We already saw how the mountain got uncontrollably high with someone like Xavi Simons, called to be the next big thing at Barça but that ended up leaving to Paris Saint-Germain this past summer.

The onus is on us all to protect the youngster and not get overexcited with him. Excited, yes, but overexcited, no. We have a sensational gem and, for this reason, we should be cautious. Remember: he’s just 10. Anything can happen until he reaches adulthood. Where will Barça be in 8 or 10 years time?