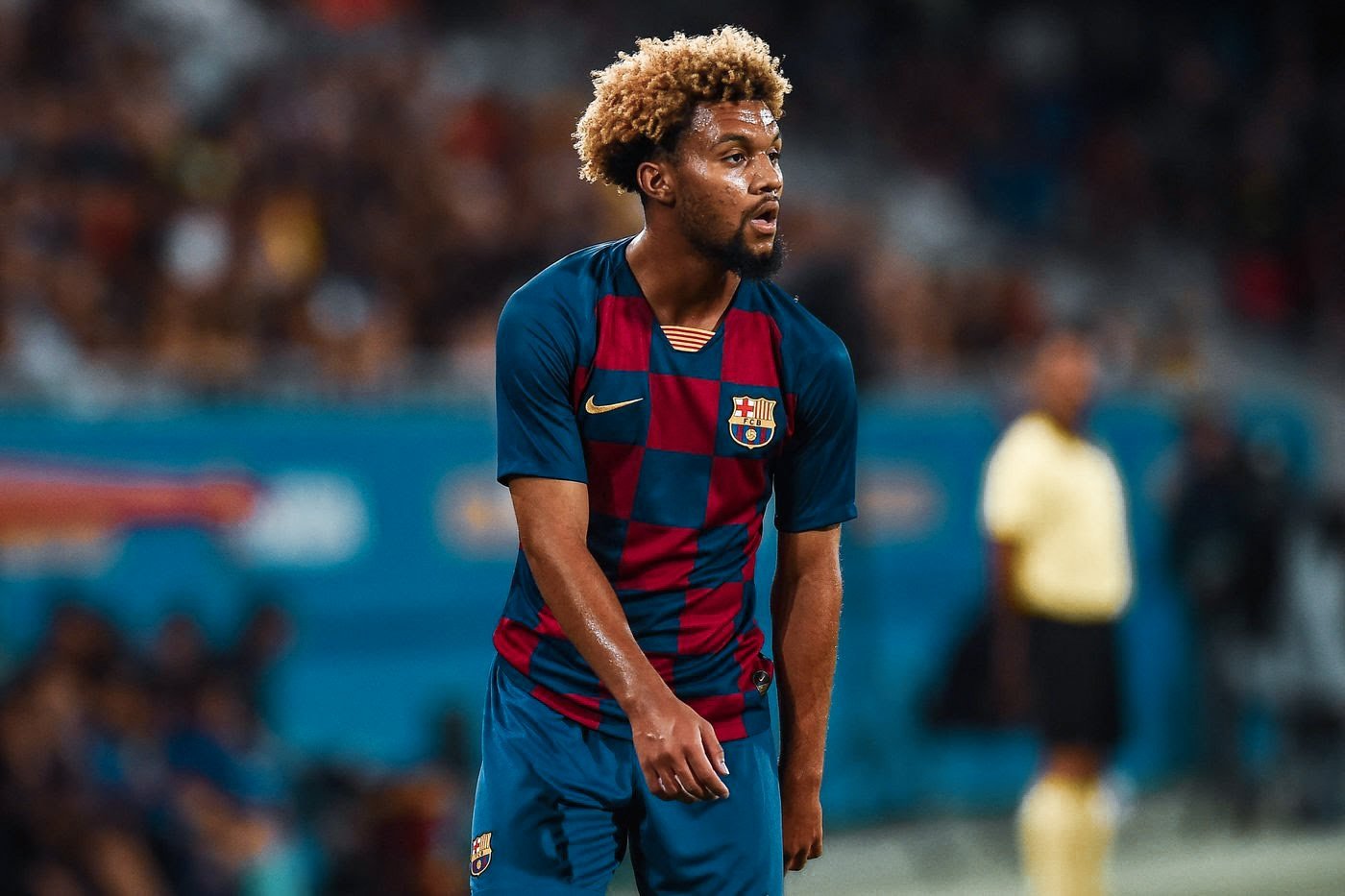 A deep analysis of La Masía Juvenil A’s American winger Konrad Fuente. A review of his profile, style of play and what to expect from him for the future.

Barcelona has scouters all around the world that are responsible for spotting talents in the most remote locations and bringing them to La Masía, an academy that reunites players from innumerable different countries. For this reason, it is all the more surprising that in the whole La Masia there is only one representative of the United States: Konrad de la Fuente.

For the 40th anniversary of La Masía, Sports Illustrated published an article covering the youngster’s past, present and ambitions for Barcelona and its academy, named the Hogwarts of sports by the same magazine. Konrad is full of trickery, yet assessing his potential can be very tricky too. With such spectacular jugglers, it would be very recommendable to be extremely careful.

Konrad de la Fuente, or simply Konrad, was born to a Haitian-American family in Miami, Florida, on 16 July 2001. In 2011, though, he moved to Madrid with his parents, Conrad and Jennifer, and his younger brother Richard, as his father became a commercial attache in the Haitian embassy in the Spanish capital. However, they soon moved to Barcelona, with Konrad first joining a football school called Tecnofútbol and then moving to CF Damm’s academy as an Alevín (U12). From the very first day, Konrad’s progression was highly noticeable and Barcelona decided to keep an eye on him. After only one season at Damm, Barça signed Konrad for the Infantil B (U14 B).

Since, Konrad has made a steady evolution, getting promoted last season to the Juvenil A, where he has remained for the 19/20 campaign. Back in December 2017, the American forward made his competitive debut with Barça B in the Second Division B as he came on as a substitute in the 79th minute at the Miniestadi. Unfortunately, a little later he committed a penalty which led to the 1–2 for Valencia Mestalla in injury time. Thankfully, his first appearance wasn’t as bitter as it could have been as Ronald Araújo tied the game (2–2) in the 94th minute.

Slowly but surely, de la Fuente has managed to climb his way up the club’s lower categories, shining bright in every team he has played for and always becoming one of the stars of any of these sides. This past summer, he took part in the Under-20 World Cup with the U.S. – which also featured the likes of Lille’s Timothy Weah and Ajax’s Sergiño Dest – and, despite upsetting France in the round of 16, they were knocked out by Ecuador in the quarterfinals. “Honestly, we should have won the whole tournament, I’m not going to lie”, Konrad said. “We just didn’t have a good game against Ecuador, and we lost. But we were good enough to win it”.

Konrad de la Fuente is one of those rare pure wingers that are so difficult to find in the present world of football. Explosiveness and unpredictability define him, as he’s a very fast and gifted attacker that loves to take on defenders in one-on-ones. The 18-year-old likes to hug the touchline, cut inside with his strong foot and beat his marker to generate a goalscoring opportunity, even if, in his only months as the Juvenil A manager, Víctor Valdés used him more between the lines and more centrally.

“For me, Konrad just seemed to be ahead of most other players in terms of the tactical side of the game. He really understood the winger position in a 4–3–3. He played the position well. He’s a risk-taker and a playmaker, and that for me made him a really special player”

Tab Ramos, who coached Konrad in the US U20 team

When he shared the front three with Ansu Fati last campaign, Ansu used to play as the left winger and Konrad on the right – Alejandro Marqués as the centre-forward. Nevertheless, this term he has been deployed again as an inverted winger, where he can drift inside and have more passing and shooting options. Konrad is a decent goalscorer, but he always prefers to shoot with his stronger right foot. His weak foot certainly isn’t one of his main virtues.

What else does he need to improve? Even if Konrad Fuente has hardly had any bad year since arriving at La Masia, his consistency still has a lot of room for improvement, given that he can be extremely dangerous and threatening during a match but then be far less participative in the following fixture or even in a different stage of the same game.

Moreover, we always have to put a big question mark on this kind of dribblers. At these ages, these types of wingers show superiority as a result of the limitations of rivals that are still developing, and it is convenient that, as much as they look to be a step above the rest, the youth managers continue to inculcate them with the required concepts. Otherwise, their progression will start to slow down considerably as they reach professional football. Konrad still needs to improve his decision making, understand which zones to occupy and where and in which direction to dribble. Senior defenders are far more experienced and adept at dealing with one-sided wingers who only go one way, so the US prospect will have to adapt his game to more challenging contexts.

“Konrad is a very bright player, he just needs to score more goals. I think if he continues like this next year, he will be for sure in the Barça B team”

As opposing blocks become more complex tactically and the rhythm increases, forwards more similar to Pedro Rodríguez and Carles Pérez tend to succeed more and be less isolated in the whole 90 minutes than the likes of Gerard Deulofeu and Adama Traoré, who were even more dominant than Konrad at his age but are currently at Watford and Wolves, respectively.

What does the future hold for Konrad?

In all honesty, Konrad is nowhere near as talented as his (younger) ex-teammate Ansu Fati, but does he still have first-team potential? It’s really difficult to say, as it will be his transformation and adaptation to cleverer defences what will determine whether all of his brilliance and magnificence will get replicated in higher leagues or will instead get lost along the way.

Realistically speaking, de la Fuente isn’t one of those talents that are destined for greatness no matter what, but in his case, his success will depend a lot on his attitude and capacity to learn from different situations. Right now, Konrad Fuente is the second American ever at La Masía after Ben Lederman, who was here between 2011 and 2014, has the most ambitious of dreams: “I just trying to work hard every day to get to the first team. In the near future, I want to become a professional player as soon as possible. In the long term, I want to win a World Cup with the USA and be the best player in the world”.

Episode 6: Landry Farre
What did you think of this article?