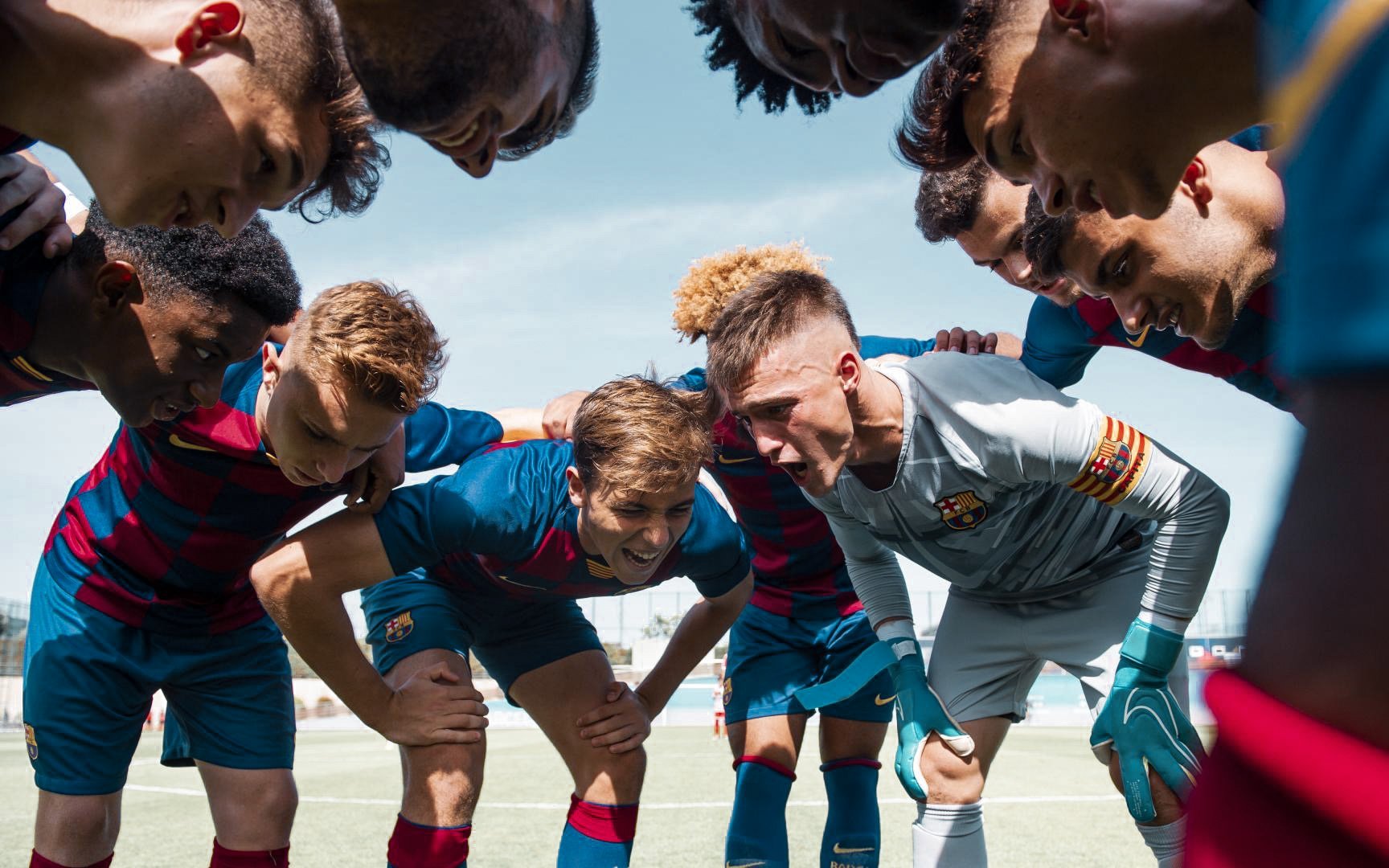 An in-depth analysis of La Masía promising goalkeeper Arnau Tenas. A report of his profile, playing style and what to expect from him for the future.

No one would dare to say that FC Barcelona are unlucky to have Marc-André ter Stegen in their squad. The German keeper, bought in 2014 from Borussia Mönchengladbach, has comfortably been establishing himself as one of the world’s best in his position. Aged only 27, Barça’s No.1 always displays an astounding maturity and impeccable conditions between the sticks.

However, if there are two culés that are unfortunate to have Ter Stegen ahead of them, those are the two most promising goalkeepers at La Masía, Iñaki Peña and Arnau Tenas. At 20 and 18 years of age, respectively, they certainly have the potential to be Barcelona’s starting goalies one day. The problem is that Ter Stegen is young enough to slow their progression for some time. Still, in particular, how high is Arnau Tenas’ ceiling?

Arnau Tenas, born on 31 May 2001 in the Catalan city of Vic, was always destined to become a goalkeeper. Arnau belongs to the third generation of a family of goalkeepers. His grandfather was a keeper at Sant Andreu and La Gramenet, in the Second Division, while his father did likewise at Espanyol. So, for the Tenas, this is a vocational profession.

Actually, it was aged only 3 when Arnau decided that he wanted to be a goalkeeper “one way or another”. Thus, the youngster’s career as a shot-stopper began at his hometown club, Vic Riuprimer REFO. In the 2010/11 season, though, Arnau would move to La Masía alongside his brother, Marc Tenas. Marc chose another way: he’s a centre-forward – and he currently plays in Atlético de Madrid’s academy.

Arnau’s first team at Barcelona would be the Benjamín A, and from then on he would start joining other teammates to end up forming a spectacular 2001 generation. Marc Serra’s Alevín A was truly one of the best sides at La Masía in recent history, containing Arnau Tenas, Eric García, Take Kubo and Ansu Fati – one year younger than the rest – as its backbone.

At present, Tenas plays for the Juvenil A, like he did last season already – Iñaki Peña is undroppable at Barça B. Week in and week out, the teenager has been delivering spectacular performances inside his own area. However, it’s in the Youth League where fans have had the opportunity to enjoy his quality regularly and point him out as one to watch. Meanwhile, as Tenas has began to stand out for the blaugranas, he has also become a regular in the Spanish youth teams. In fact, this summer Arnau was the starter and a key component of Spain’s U19 that won the Euros for the eighth time in its history.

“Debuting with Barça B is a dream come true”

Arnau Tenas, despite playing for the Juvenil A, made his debut with Barça B in March 2019. It was against Teruel at the Miniestadi, a game won by the Pimienta’s men by 2–1. A few months later, in October this year, Tenas, who has trained with the first team in multiple occasions, got his first call-up by Ernesto Valverde. Given that Iñaki Peña had to play with Barça B against Llagostera, Arnau was included in Valverde’s squad list as the third goalkeeper for a match against Alavés.

Arnau Tenas is most renowned for his bravery to get off his line, his great reflexes, his ball-playing abilities and his incredible personality. Communication is a fundamental aspect in his game. It is usual to find him giving instructions, warning the defenders to be careful with their mark, or simply motivating his colleagues. As the deepest of all players on the pitch, Arnau has a broad perspective of what happens in front of him, and therefore he constantly tries to transmit his views to his teammates.

“In every game I try to communicate, order and lead the team. This makes me maintain the concentration and thus, when required, I can help the team by making saves. Communicate every few minutes in order to remain focused”

Apart from his impressive leadership, the 18-year-old keeps a cool head with the ball at his feet. He’s never afraid of taking risks, despite he’s conscious that this can cost him dearly at times – as in last campaign’s UEFA Youth League semi-final versus Chelsea. This is what the player himself confessed regarding his abilities: “There’s always something to improve. I would try to improve the fact that sometimes I get too confident when I have the ball. I think that building up play is one of my strengths, as well as my personality. I try to help my team by communicating and leading them”.

Other than these qualities, which are rare in the traditional goalkeeper, Arnau Tenas is an impressively reliable guardian of his own goal. Like Iñaki Peña, Arnau seems to have watched a lot of videos of Ter Stegen too, as both fit accurately into the mould of the German international. Cool and composed, Tenas has nerves of steel and is bold and strong in the air. With a quick reaction time, fast movements and determination, he becomes gigantic to the eyes of the opposing strikers in one-on-one situations.

What does the future hold for Arnau Tenas?

While Arnau Tenas continues to grow in leaps and bounds at La Masía, it’s easy to imagine a bright future for him as, alongside Iñaki Peña, he’s one of the best keepers at the academy in the past decade. Arnau perfectly embodies the figure of the modern goalkeeper: calm under pressure, with a pinpoint distribution, and with extraordinary reflexes. If you add to such traits his winning mentality and character, it becomes clear that Tenas is born to succeed at the Camp Nou.

With that being said, a number of conditions will have to be met for that to happen, as he has just entered adulthood and has two terrific goalies ahead of him – Ter Stegen and Iñaki. Notwithstanding, if he’s patient and waits for his opportunity, Arnau Tenas undoubtedly has what it takes to become a future starter at Barcelona.

Episode 11: Fermín López
What did you think of this article?