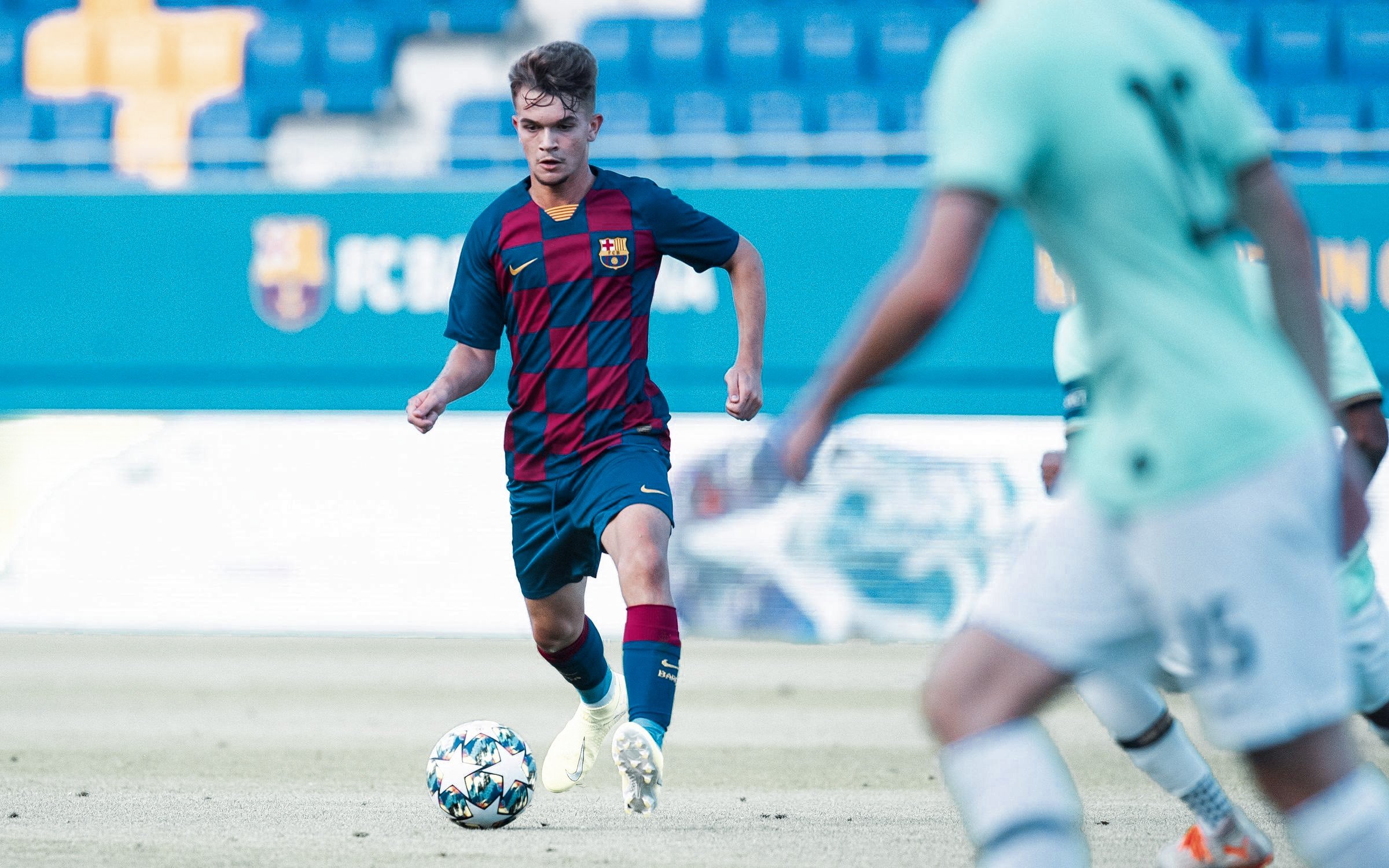 An in-depth analysis of La Masía 17-year-old midfielder Álex Rico. A look at his profile, playing style and expectations for the future.

A club like Barcelona, after decades of producing world-class midfielders, is reputed for having multiple impressive talents at any youth team at any given time. Considering these high expectations, there are few players who still manage to exceed them. La Masía prospect Álex Rico is one of them.

Álex Rico Pico, born on 25 January 2002, is a midfielder in a mould of a typical Spanish and La Masía playmaker. He is a very gifted footballer and definitely one to keep an eye on as we shall soon see.

Born in Lleida, he started his footballing career with Esportiu Lleida and AEM Lleida for 5 years. At the age of 10, he made his Barcelona debut. He is also a Spanish Youth International having played for the U17 team during the EURO Qualifiers. This season, he has been an integral part of the Juvenil A team. He has been very important for Barcelona in the Juvenil Division and has made three appearances in the UEFA Youth League this season. All these achievements show us how his progress has been very positive. Apart from this, he also recently extended his contract. It now keeps him at Barça until June 2020.

Álex Rico, with the Juvenil A before the second match of the 19/20 Youth League against Inter Milan | Photo by FC Barcelona

He has progressed through the La Masía ranks steadily and is not injury-prone at all. Rico is a reliable player to whom his teammates can always give possession and trust that he won’t lose it. A captain in many of his youth teams, it’s not a surprise to find out that he is very sociable and an important figure in the locker room. These qualities are more important than we realise as it is because of these that it becomes easier to fit in with a new team or manager. These are excellent attributes, not just for a first-team footballer, but any player.

Álex Rico’s natural position is as a pivot. He is the heart of the current Juvenil A and of the Juvenil B last season. All attacks seem to pass through him. He dictates the tempo, controls the flow of the game and looks to circulate play smoothly. It’s his job to ensure that the blaugranas have the opposition doing what Barça want, and we will see how he does that here below.

Although a natural 6, Rico can play as the interior in a midfield three, though he is quite defensive-minded. In a 4–3–3, he drops between the centre-backs to receive the ball and start the build-up from the back. It is also not uncommon to see him moving up the pitch when Barcelona have strong possession in the opposition’s half. In this scenario, his job will be to be there for support and try to stop any counters.

Álex Rico often acts as the lone pivot or, whenever defensive midfielder Álvaro Sanz is in the teamsheet too, as an interior | Photo by FC Barcelona

Rico is the kind of player that will always know what he wants to do with the ball before receiving the ball. Being always aware of his teammates’ position is an extremely important part of his style of play. He combines this with constant checking of the opposition’s movements to make sure he will hardly ever lose possession. Apart from this, he is a sure passer of the ball and circulates play very well. His line-breaking passes are quite frequent and accurate. Though Álex is not very physically dominant, he presses relentlessly. This is vital for his side as it means that they can rely on him to be the first one to start pressing and give his colleagues time to regroup. As we see, in all aspects, Rico is crucial for his team’s stability.

What does the future hold for Álex Rico?

Álex Rico is an exciting youngster, both at club level and national level. He will play a crucial part for the Juvenil A this campaign and will most probably switch between Barça B and Juvenil A next year. This should give him plenty of time to improve upon his weaknesses. Although I see him doing well at almost every team in the world, Barcelona have an exceptionally crowded midfield. Fortunately for Rico, he has a lot of potential and, even though his path will be tough, if he comes out on top he can become a special player.

Episode 8: Alejandro Baldé
What did you think of this article?