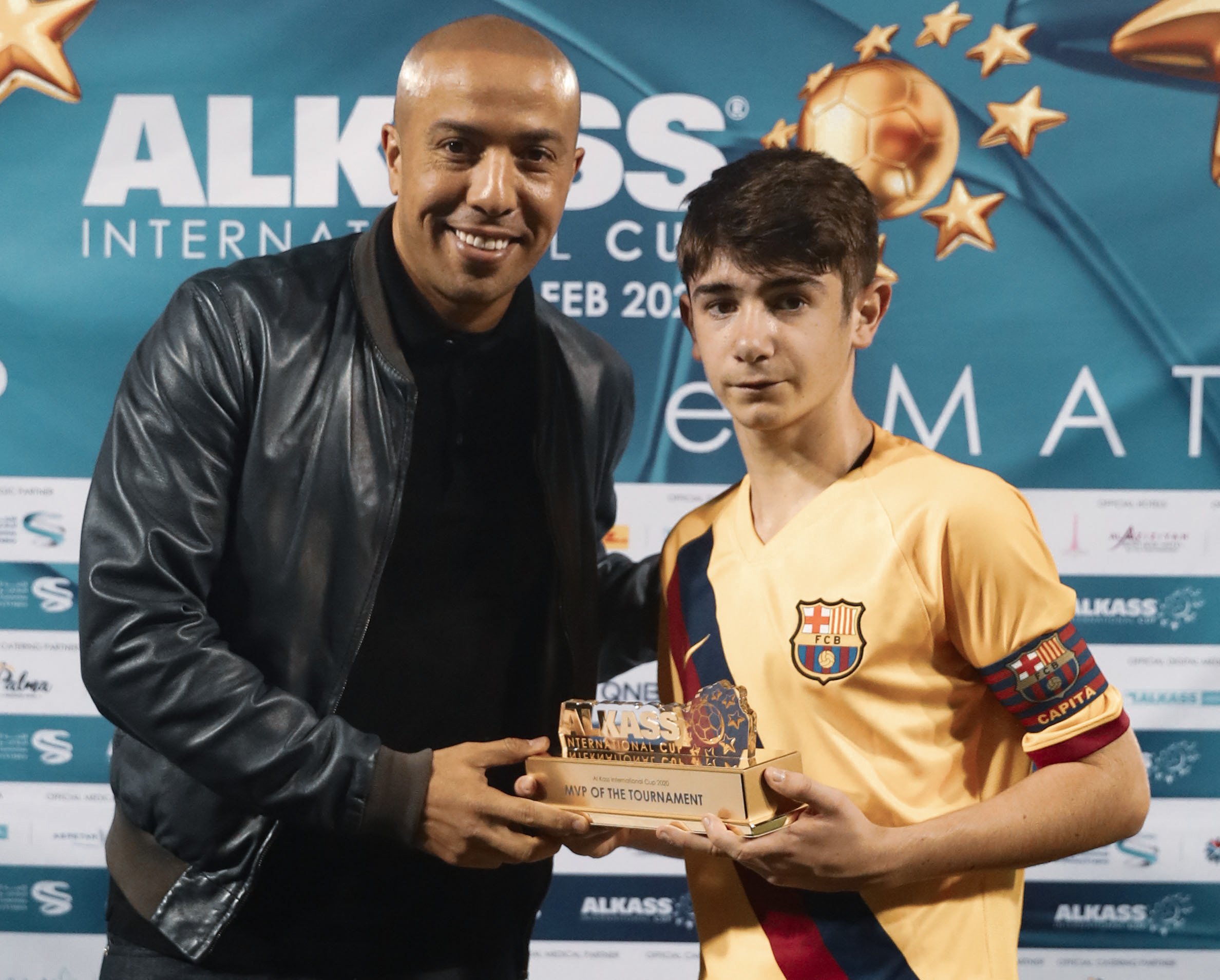 A close look at La Masía talented interior Aleix Garrido. An analysis of his profile, style of play and what to expect from him for the long-term.

“Guardiola remained a lanky teenager with little muscle mass, the opposite of the ideal footballer’s stature. But great art is always born of frustration and since he lacked the pace and strength to overcome the opposition, he substituted physical power with the power of the mind: instinctively developing a sense of spatial awareness that was second to none. He was capable of leaving behind three players with one pass, widening or narrowing the field at will, so that the ball always travelled more than the player. Usually, when children start to play football, they want to learn to dribble. Guardiola didn’t: he learnt how to pass the ball”

This is a quote from Guillem Balagué on his book Pep Guardiola: Another way of winning. In it, he explained how Pep Guardiola was one of the first to experience the switch in mentality and ideology caused by Cruyff’s principles. Johan used to say that small footballers have more chances of making a difference once they reach the elite as, for many years, they have had to find imaginative solutions to survive in football’s lower categories.

Since this revolution led by Johan Cruyff, La Masía has become a factory of shaping players, regardless of their stature, and developing their cognitive abilities to fly the flag of the so-called positional play or Juego de Posición. Midfielders not only have to be technical but also extremely intelligent, as that’s the key to controlling and dominating games through the search of numerical and positional superiorities to progress in any zone of the pitch. At Barcelona’s academy, the main representative of this Juego de Posición may well be Sergi Milà’s Cadete A. Not only is the 2004 generation undoubtedly one of the most promising in the blaugranas‘ youth system, but they also execute this specific and demanding style to perfection.

In the past, we analysed Diego Almeida, Ilias Akhomach and Gavi, but they are not the only gems in this outstanding crop of talent. They symbolise the pure positional play, where the focus is not placed on the boxes or the goals, but on the ball. In particular, Cadete A’s midfield is packed with magnificent – and in general tiny – interpreters of this methodology. But, while last week’s episode of the La Masía Talents was dedicated to the figure and leader of this generation in Pablo Páez Gavi, it is now time to discuss its captain and thermometer from the centre of the park: Aleix Garrido.

Aleix Garrido Cañizares was born on 22 February 2004 in Ripoll, a town in the Catalan province of Girona. He began training at his hometown club EF Ripollès with only 3 years, despite, as he wrote in his later goodbye later, ‘no one wanted me because I was too small’. There he showed some innate qualities but also a strong willingness to work and improve. In 2012, though, he received the call from Barça. FC Barcelona had to make an exception with the boy that, by that time, was only 8 years old, as the azulgranas don’t tend to recruit any youngster from outside the Barcelona Metropolitan Area before reaching the Alevín age (11). Nevertheless, Aleix Garrido showed so much promise that he moved to La Masía and joined the culés‘ Benjamín C ahead of the 2012/13 campaign.

Aleix Garrido, second from the right in the bottom corner, is part of a very promising generation at La Masía | Photo by FC Barcelona

Despite his shy look, his personality hid a very strong character and determination, as well as an admirable maturity and obviously superb quality. In the second year after his arrival, Aleix was promoted to the Benjamín A, where he joined Adrià Capdevila, who had been playing in the Benjamín D in the previous course. That year they became inseparable colleagues, both on and off the pitch. A midfield double that probably made more than one dream of another legendary duo from Barcelona. As if this were not enough, in the 15/16 term Pablo Páez Gavi joined them from Betis to complete a stellar trio at the centre of the park. Adrià was the 6, Aleix the 8 and Pablo the 10. They complemented, and keep complementing, each other wonderfully, with very fitting profiles and a brilliant understanding on the field.

SPORT described them as the ‘tiny madmen’, for their crazy talent and also their small stature. A stellar trio to defy all prejudices related to physique in football. Now, while other delicious midfielders like Toni Caravaca or Biel Vicens have been added to the mix, they all continue to shine under Sergi Milà at the Cadete A.

The Cadete A exhibits an incredible fluid and free-flowing brand of football, but all of this lies within the framework of positional play. Everyone has to understand which role he has, which zones he must occupy, which distances he must keep with others, and what moves he needs to execute in accordance with the teammates’ activity. Therefore, this means that every single player must have a remarkable positional sense and reading of the game, which they all acquire and polish at La Masía during their development stage. And, if something defines Aleix Garrido, that is his intelligence.

His decision making is lightning fast and he rapidly adjusts his choices to the situation of his colleagues and rivals. His body orientation always is the best one to scan his surroundings, have a full picture of the pitch, and gain an advantage over his enemies. Aleix’s close control allows him to evade the press from his opponents, and thus it is common to see him make fast turns or use a single touch when others would need two. This provides him more time and space, which are both indispensable in football.

Garrido is one of my favorite player. He has a great technique and also score goals. And above all he gives a great pass. When he has the ball, @JordiCoca_ starts running. Trust relationship👏 pic.twitter.com/KDYA9rcylP

Apart from his intellect, smartness and mental agility, he is very creative and has a delightful technique. He is very composed, never hides away when asking for the ball, and has great timing in his arrivals into the box. He has an eye for a line-breaking and accurate pass which few others see, and he can arrive into the penalty box and score too. He has 6 goals in the league, a proof of his contribution to the attacking phase and of his pinpoint shots from any distance. Wise, imaginative and gifted. An interior made in La Masía.

What does the future hold for Aleix Garrido?

With this in mind, if there’s an extra reason that makes of Aleix Garrido a more reliable bet for the future, that’s his dedication and professionalism. Like Adrià Capdevila or Pablo Páez themselves, it is very clear that they are only worried about playing, nothing else. No egos nor individualism, but a strong desire to make the collective succeed and sacrifice the individual for the group’s gains.

While he may not be as special and unique as Gavi, Aleix is incredibly talented and smart. His quick feet and mind, and his marvellous vision, convert Garrido into the prototype Barcelona central midfielder. As a hybrid between a number 6 and number 8, he reunites all the qualities to dominate from midfield. Now, what he needs is to continue growing at the steady pace in which he has progressed in the past years.

Episode 21: Pablo Páez ‘Gavi’
What did you think of this article?