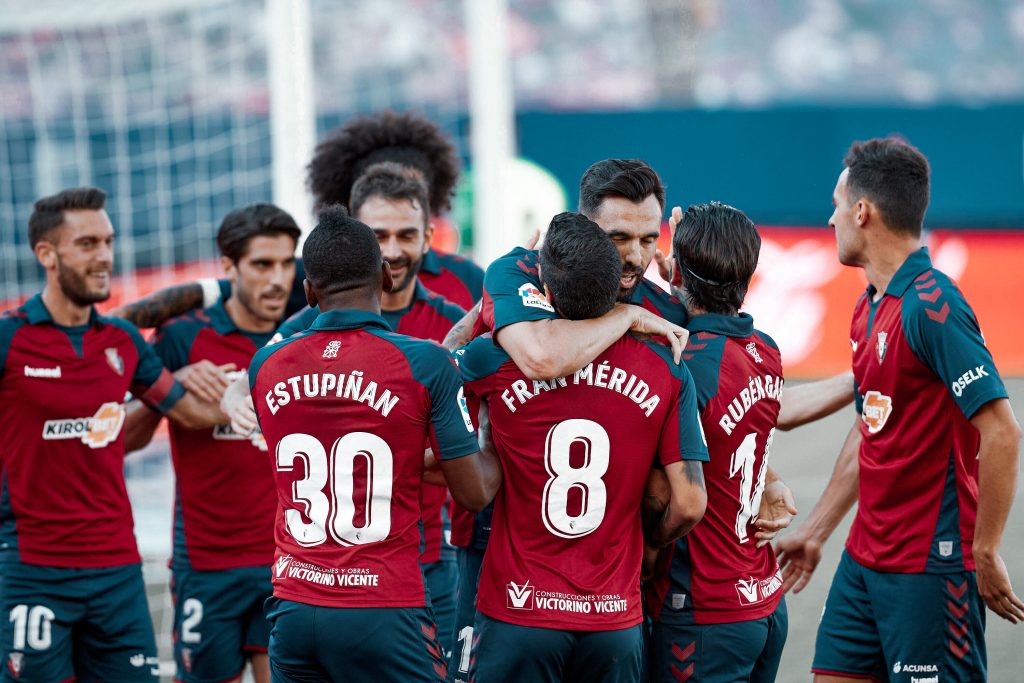 The continuity of La Liga is superb, and the matches have been impressive in matchday 32 too. Let’s take a look at them.

La Liga is really going strong recently, with its return bringing the best football in the world. The Spanish teams play superb football, even the worst-placed ones. As the title race hots up, the relegation dog fight tightens up, and RCD Espanyol look like worthy contenders for relegation. Matchday 32 of La Liga was a joy, as many heroic moments happened, and some aesthetically pleasing goals saw the light during this round of matches.

As the Celta de Vigo 2–2 Barcelona was thrilling for fans, you can find more on that here. Excluding that dramatic encounter, below you will find the three best games of La Liga matchday 32:

Real Valladolid are nearing safety in La Liga, and with their run of form, they are going to reach it easily. With only one loss since the return, to the mighty Atlético de Madrid, they travelled to Seville to have a decent first half effort. The visitors took the lead after suffering for an extended period. Míchel Herrero’s brilliant free-kick landed directly on Kiko Olivas’ head, with the defender arriving late in the box. The header was from range and was worthy of such a mesmerising pass.

Sevilla pushed and pushed and pushed, to no avail in the first half. Before the goal, Lucas Ocampos had touched the crossbar after connecting with the eternal Jesús Navas’ precise cross. In the second half, the locals kept dominating and ex-Barça player Munir el Haddedi found the back of the net, but was in an offside position when Jesús Navas released the ball.

In the end, they managed to salvage a point at the death when Sergio Escudero’s shot came right into Javi Sánchez’s hands. Penalty and yellow card for the centre-back, with Lucas Ocampos converting from six yards. The Andalusian side would have preferred a different outcome, considering the weak opponents, but at least they managed to get the all-important draw in a tight race for top four.

Leganés were unlucky two weeks ago to lose 2–1 against Valladolid at home, and the history repeated itself at El Sadar on Saturday. Osasuna took the lead with an incredible scissor-kick goal from striker Enric Gallego in the ninth minute. Fran Merida’s cross was insane, but Gallego lept like a salmon to open the scoring for the red side.

Following that, Leganés dominated for the whole half and came in vain. Bryan Gil failing to score in front of the Basque goal was the best way to describe Los Pepineros in the first half. After the whistle, Leganés found the net with another sensational goal in an open game. Roque Mesa’s pass found substitute Javier Avilés, and the Spaniard drove the ball forward and his shot from distance landed in Osasuna’s top corner.

Joy for Osasuna, more powerlessness for Leganés | Photo by Villar López via Imago

That goal gave Leganés confidence, but they weren’t clinical enough, and it cost them. After a counter-attack from Osasuna had been turned into a corner, Enric Gallego got his revenge on the keeper saving his previous powerful shot with a bullet header in the top corner to win it at the death for the locals.

Real Betis had a great game and 1–0 win against Espanyol to begin the post-Rubi era, but Alexis Trujillo’s new team looked hopeless in the Valencia region on Sunday. In the early kick-off, Levante had a rampant lead with 30 minutes to go. The blaugrana side opened the scoring with a sublime slalom from Borja Mayoral on the left side, with the former Real Madrid striker finding it easy to bombard Joel Robles’ net. Then, his teammate Enis Bardhi found the back of the net again with a placed shot from the edge of the box a few minutes later.

José Luis Morales dribbled past Joel and got a well-deserved goal to make the score look a lot better for the locals. Rubén Rochina added to his assist with a powerful shot after the Betis defence completely collapsed for a lapse of time. It was 4–0 for Levante. Later, though, Sergio Canales’ run was well spotted by Zouhair Feddal, and the former Valencia midfielder scored a smooth finish. Juanmi got another consolation goal for Betis after Aitor Fernández inexplicably released the ball from his hands. The score would not move after.

What does La Liga matchday 32 mean for Barça?

Barcelona dropped more points in the title race, but it doesn’t change anything from what they had to do. With Real Madrid two points ahead with their win in Barcelona against Espanyol, the Catalans still need to win, but they will have to hope for Los Blancos to at least lose once, or draw twice.

How has the table been affected?

The top four race is heated, and Atlético de Madrid lead the pack of teams that don’t seem to want Champions League football next year. The rojiblancos are third, after winning four on the trot, and have benefited from Sevilla drawing against Valladolid and Real Sociedad losing to Getafe. Getafe’s win is also an important one, as they are only two points away from the Sevillans.

After matchday 32, Real Madrid have extended their lead on top of the La Liga table | Photo by David Ramos via Getty Images

Villarreal continued their scintillating form with an impressive win against Valencia, with Santi Cazorla having another joyful performance. Athletic Club are now in contention for European football and are only a point away from the collapsing Valencia, who sacked their manager Albert Celades on Monday.

Lower down the table, the three teams in the red zone – Mallorca, Leganés and Espanyol – lost, whilst Celta de Vigo, Eibar and Valladolid all got points in their bid to stay up. Iago Aspas‘ performance against Barcelona was a significant high for the Galicians. In other news, Deportivo Alavés continued their poor run of form with another loss in Madrid, against Atlético, and look like they will finish lower than Celta as things stand.

The round of matches meant great performances, again. Santi Cazorla starred for another week for his Villarreal side and assisted Gerard Moreno superbly before the former Espanyol man’s rocket landed in Jasper Cillessen’s top corner. Paco Alcácer scored against his former team Valencia in that triumph too.

For Barcelona, Luis Suárez scored twice but didn’t contribute much outside of it. Gerard Piqué had another standout performance since the league, completely opposed to his partner Samuel Umtiti. In the same game, midfielder Denis Suárez was on a mission to show Barça what they were missing, and Iago Aspas’ display was legendary, with a free-kick well struck to equalise late in the game.

In Seville, Jesús Navas’ deliveries were a joy to behold. In Levante, José Campaña was named Man of the Match, and his team deserves praise for their dismantling of Betis. Eibar continued their highly impressive run of form with a 1–2 win over Granada, and Pablo de Blasis’ chip was as remarkable.

“Marcos Llorente is not Messi, but he plays as if his life depended on it”

Karim Benzema’s backheel assist for Real Madrid will be replayed in football academies, and it was a true testament to the Frenchman’s insane form. Of course, Enric Gallego carried Osasuna to the win in stoppage time. For Atlético, Marcos Llorente did Marcos Llorente things, as has been the case since the return of football, and he won a dubious penalty that ultimately sealed the game for Atleti. At last, Jaime Mata’s brace settled Getafe’s win against Real Sociedad.