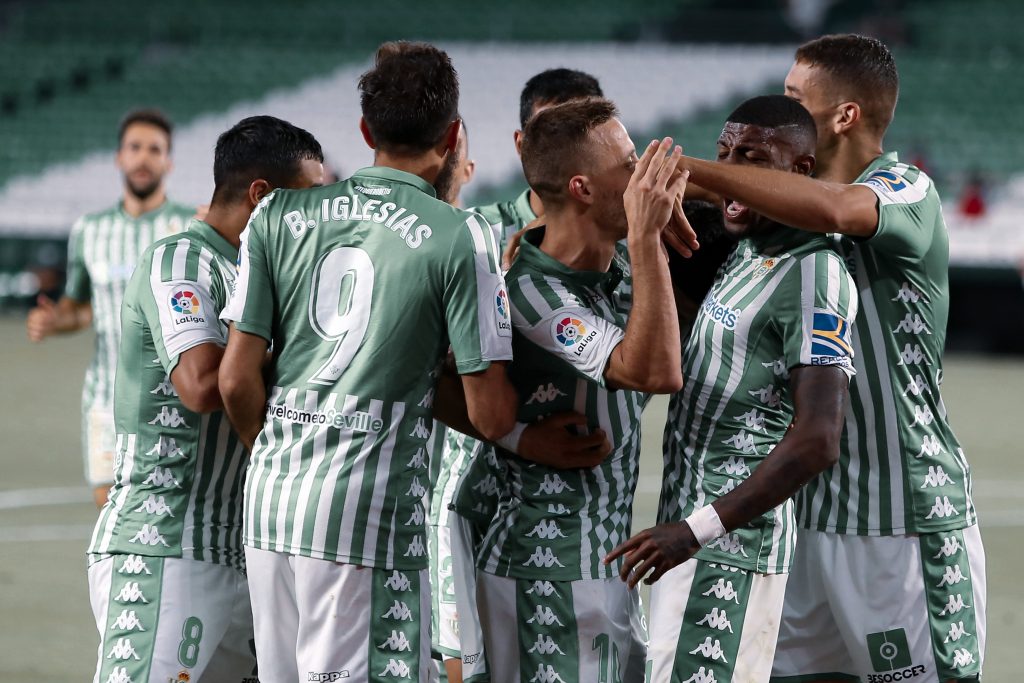 In matchday 31 and another round of matches in La Liga, the performances have yet again been impressive. Let’s review it.

The most competitive league in the world had another round of exquisite matches where the teams did manage to show their brilliance again. Matchday 31 of La Liga saw a new face on the touchline as Betis sacked their coach, Rubi, after their 1–0 loss at San Mamés last weekend. Alexis Trujillo came in as an interim manager for Los Béticos, and got them back to winning ways.

Also, with a new pilot in the league, the title race is getting heated, and the two big boys are giving their all to add another illustrious title to their collections. As usual, here are the best three games from the round of matches.

Villarreal hosting Sevilla always is an exciting game where the football treats the fans exceptionally well. Again, the two squads did not disappoint as they are both searching for European football next year. The game started as expected, with Paco Alcácer opening the scoring just before the 20th-minute mark. The cross from the right came precisely on Samuel Chukwueze’s head, but Tomáš Vaclík parried it only for former Barcelona striker Alcácer to tuck it home.

An action-packed afternoon at the Estadio de la Cerámica | Photo by Óscar J. Barroso via Imago

After some heroics from Villarreal keeper Sergio Asenjo, Sevilla’s Sergio Escudero equalised with one of the best shots in La Liga since the return. The left-back’s strike was rifled in off the net as it was too powerful to be saved. Just before half-time, old met young with the eternal Santi Cazorla crossing in a corner straight to centre-back Pau Torres’ head. The local lad’s header was a bullet, and the Yellow Submarine got the lead.

Sergio Asenjo playing at the highest level, Sevilla found it hard to pull the game back and tried everything that would get saved by the Spanish shot-stopper. Munir el Haddadi wasn’t impressed, though, and his insane volley was too much for Asenjo himself. The La Masía graduate justified his substitution with that strike as he salvaged a point for the Andalusian side.

Return was also a hot topic of this game as Bruno Soriano came back from three years of injury with a cameo at the end of the game. At 36, his return was great and a joy for La Liga fans.

Real Madrid are seeking their 34th La Liga and, since going atop last week, they don’t seem like slowing down any time soon. Against RCD Mallorca, they had a few moments where they suffered a lot, but were ultimately dominant. Los Blancos‘ Karim Benzema missed a sitter in the first quarter of an hour, but the red side looked quite threatening early on. First, Idrissu Baba’s superb shot from range nearly would have gone in had it not been for the in-form Thibaut Courtois. Lago Junior then dribbled past two defenders, but his shot was too tame to trouble Courtois.

After those two chances, Real Madrid tried to open the scoring, and they stopped messing around. An extraordinary pass from the defence, after an alleged foul from Dani Carvajal, came to Luka Modrić. The Croatian midfielder found Vinícius Júnior running at full speed, as usual in him. The Brazilian’s crisp finish landed in the top corner, and it was just a testament of his incredible form. After scoring the first against Barcelona in March and winning the penalty at Real Sociedad’s Anoeta last Sunday , Vinícius’ goal against Mallorca gave his side the lead.

Mallorca couldn’t fight back after the break, and the merengues played champions football against one of the weakest sides in Spain. Sergio Ramos grabbed the headlines after scoring an impressive free-kick into the top corner. This goal made him the defender with the most goals in La Liga, surpassing Ronald Koeman’s tally of 67. Real Madrid’s captain is determined to bring the title back to the Santiago Bernabéu, as it hasn’t done so for the past two seasons.

The post-Rubi era began at the Benito Villamarín on Thursday, and it ended well for Real Betis. Their caretaker manager Alexis Trujillo managed a win against Espanyol, who were trying to keep their heads above water after Mallorca’s loss in Madrid. Betis were a unit, for once, and didn’t rely on one individual as their whole team put on a show for whoever takes over next. They went attacking from the get-go and Barça loanee Emerson‘s performance was scintillating. The Brazilian was tireless and a constant threat against the Catalans.

After many attempts, Betis found their saviour in Marc Bartra. The former Barça defender lept like a salmon as his headed effort was unstoppable. Sergio Canales owned up after missing the crucial penalty in Bilbao last week and assisted Bartra from the corner. He then had a brilliant shot from just inside the box stopped by Diego López. As Betis tried to go for the kill, Espanyol became more and more dangerous and came closer than ever to a goal.

A final counter-attack could have given the point to the Periquitos, but Wu Lei missed a sitter from a few yards and Joel Robles, who pulled up a heroic save, was furious at his defence. Still, Betis came out victorious after a poor run of form, and that’s crucial for them.

What does La Liga matchday 31 mean for Barcelona?

On Tuesday, after a long first half in which Athletic Club de Bilbao neutralised Barcelona well, the Catalans found a way through Iván Rakitić‘s enthusiastic goal. With a 1–0 win, they did their job, but so did Real Madrid, as mentioned. The culés are still second on the head-to-head ruling and will hope for a Madrid slip-up in the near future.

How has the league table been affected?

After weeks of constant change, the Champions League places look settled as Atlético de Madrid are on an encouraging run of form following a 0–1 triumph over Levante, and Sevilla refuse to lose. Getafe’s 1–1 draw against Valladolid means they are still fifth, only separated from Villarreal by one point. Villarreal, after their draw, have climbed above Real Sociedad, who end this round of matches in seventh after coming back in fourth.

Valencia couldn’t send the Basques any lower as they also lost. The Valencians lost to relegation-threatened Eibar, who breathe a little more as they are now six points above Mallorca. The important victory at Real Sociedad’s Anoeta from Barça’s next rival Celta de Vigo keeps the Celestes alive in the league a little longer. Celta are currently seven points above the relegation zone. For Espanyol, Leganés and Mallorca, it looks bleak.

There were many impressive performances this week in La Liga. Let’s start with Barcelona, as Riqui Puig caught the eye in a super-sub appearance along with the goalscorer Iván Rakitić. In Madrid, Vinícius and Sergio Ramos had two exciting games. The other giants of the capital, Atlético de Madrid, had another excellent display against Levante, and natural midfielder Marcos Llorente showed how much of a goal threat he is as he caused the own goal.

Iago Aspas’ penalty against Real Sociedad keeps Celta’s head above water before hosting Barcelona on Saturday. And, of course, the return of Villarreal’s Bruno Soriano was a real sensation in Spain as seeing an old great come back after years of labour is always superb.