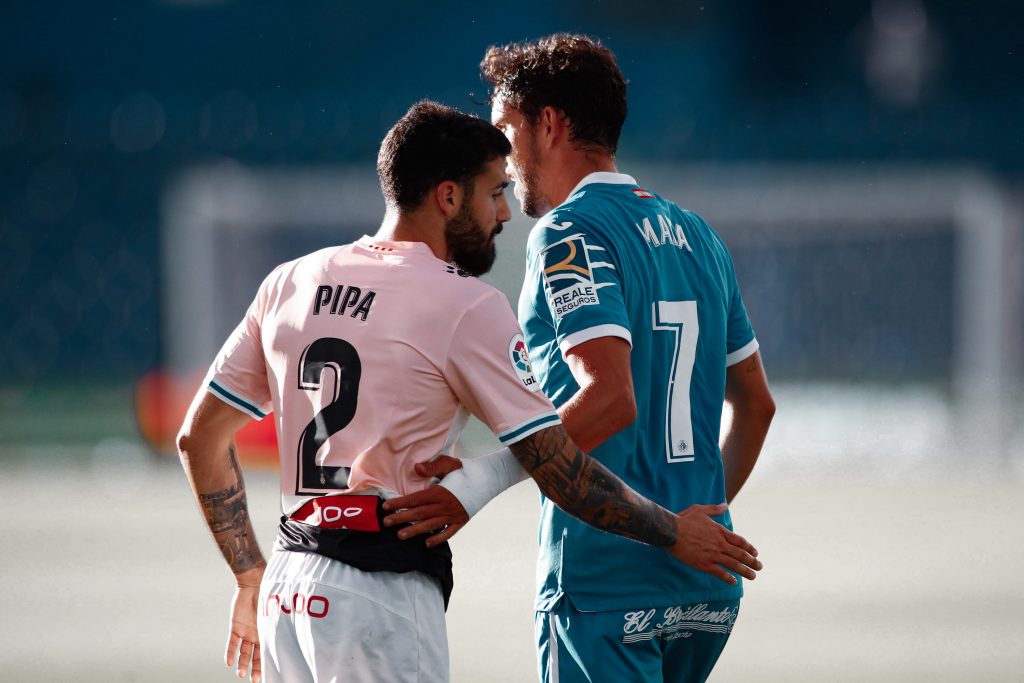 After La Liga’s triumphant return last week, many fans anticipated the second round of games, and they got treated. Let’s review the matchday 29 of La Liga.

Following the successful return of La Liga a week ago, it was time for matchday 29 and the crucial matches at the fans’ disposal. From Andalusian derbies to Basque ones, many games were punctuated by sublime plays, dramatic goals and fantastic players who are illuminating La Liga’s comeback with their impressive displays.

From the incredible matches scheduled for matchday 29, fans of La Liga had surely highlighted some games more than others, but will be surprised to see some games at the top of this review’s list. Here are the three best matches of matchday 29:

Diego Pablo Simeone isn’t known for his flamboyant tactics, but playing a team like Osasuna surely made him think twice before trying to play it safe. Yes, the scoreline looks pretty one-sided, but Atlético de Madrid did not dominate the game whatsoever. For the first 30 minutes, Osasuna had a lot of the ball but couldn’t create anything interesting. Before the half-hour mark, youngster João Félix opened the scoring with a crisp finish in Rubén Martínez’s nets.

While he struggled to adapt to Simeone’s Atlético at first, Marcos Llorente has now found his best form in a more advanced role | Photo by Gerardo Mora via Imago

A tap-in from the Portuguese 30 minutes later and Atleti were cruising through a hard-fought victory. Still, after Félix’s second, the Basque team totally capitulated, and it was the Marcos Llorente show. The former Real Madrid midfielder scored a superb goal before setting up Álvaro Morata and Yannick Ferreira Carrasco, who both had two simple finishes to round the mark.

Osasuna tried to get a consolation goal, but their efforts came in vain. After Sevilla’s draw in Levante on Monday, Atlético are breathing down their neck and seek Champions League qualification more than ever.

After their loss in El Derbi Sevillano, Real Betis sought redemption in another Andalusian derby, this time against Granada and in-form Carlos Fernández. The Sevilla loanee centre-forward is on fire right now in La Liga with three goals and an assist in his last four appearances in domestic competitions. He opened the scoring at the Benito Villamarín after a sublime counter-attack initiated by Ramon Azeez intercepting the eternal Joaquín Sánchez’s poor pass. The Nigerian then gave it to Antonio Puertas in a wide area, and the assist to Carlos Fernández was exquisite and gave him a smooth finish in front of Joel Robles.

After that, Betis completely dominated the play and even finished the game with 79% of possession and 18 shots, ten more than Granada. Ultimately, their efforts paid dividends as two subs helped in winning a penalty. Borja Iglesias was tripped in the box after a cross from Antonio Barragán. Of course, penalty specialist Sergio Canales scored from the spot and manager Rubi’s third substitution worked. Four minutes after the penalty, Cristian Tello got the ball on the edge of the area and decided to arm a beautiful shot in Rui Silva’s bottom corner.

However, it did not end there. After the goal, the Verdiblancos got complacent, and Granada earned a corner. Former Valencia striker Roberto Soldado received the ball, and his volley landed in Joel Robles’ net. A vintage hit from the veteran. All in all, an action-packed game with a pretty deserved result for both sides. Rubi’s head is on the chopping block, and his Betis shall do more to see out games more often.

After an Andalusian derby, La Liga fans were treated by a Basque derby. Eibar, one of the smallest teams in the league, hosted the historical Athletic Club. An early penalty meant that Athletic would be in front, but José Luis Mendilibar’s team never gives up, even against better opposition than them. An exquisite cross from Fabián Orellana landed straight to Pedro Léon’s feet, and the former Madrid man’s cross found Kike’s head.

After that superb piece of play, Eibar were relentless in everything they attempted. Their pressing was impeccable as was the pressure they applied on the defence. Finally, after 60 minutes of trying, Eibar got what they deserved as Dani García tripped Edu Exposito in the box. Orellana converted the penalty, but Athletic did not give up whatsoever. Straight from kick-off, Dani García redeemed himself with a superb cross to Villalibre’s feet, and the Spaniard equalised for Los Leones. A game where the two teams tried to play football, and it paid off.

What does this weekend mean for Barcelona?

Barcelona and Real Madrid are recreating the same race as Liverpool, and Manchester City had last year. The Skyblues finished first after both themselves and Liverpool won ten on the bounce. Now, after Barça’s good win against Leganés and Madrid’s thumping 3–0 victory at the Alfredo di Stéfano against Valencia, the two teams are still separated by two points. Nothing seems to be changing in La Liga’s title race, and hopefully, Barça can keep up the good work to win yet another league title.

How the table has been affected

Atlético de Madrid are the big winners of the midweek games. The Rojiblancos thrashed Osasuna at El Sadar and are now fourth after a big scare against Athletic Club last Sunday. With Real Sociedad losing painfully by 2–0 to Alavés, Getafe slipping up yet again in a winnable clash with Espanyol, and Sevilla halted in the dying minutes by Levante, Atlético are fourth and only two points behind the Sevillans. A much brighter end of the matchday for them after last week.

Lower down the table, the three teams in the relegation zone failed to score, but only Espanyol had somewhat of a positive result. The Catalan side managed a credible 0–0 draw at Getafe’s Coliseum with a man down for practically the whole game. Now, they climb above Leganés and are only three points behind Celta de Vigo, who also couldn’t manage to score a single goal in a 0–0 at Real Valladolid’s José Zorilla. It means nothing has changed down the table, but Celta and Eibar should start looking behind them as Espanyol refuse to capitulate.

There were a few standout performers in this round of La Liga matches. Between João Félix’s two goals, Marcos Llorente’s creative masterclass crowned by a goal, and Karim Benzema’s superb brace against Valencia, many players showed their class, especially players from the capital. Furthermore, Ansu Fati managed to grab the headlines too while the media also covered Lionel Messi’s absurd run against Leganés, which won him a penalty. Benzema’s half volley against Valencia and Roberto Soldado’s volley versus Betis are perhaps the best goals of the round, with the latter meaning that Granada equalled their highest point tally in their La Liga history. It was another superb round.