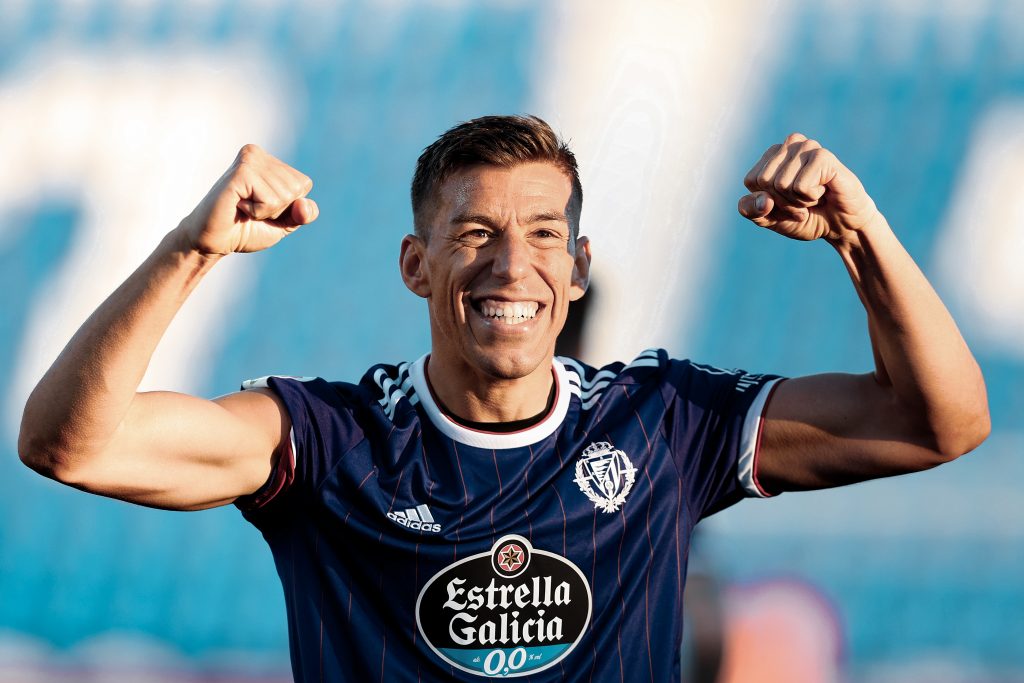 The return of La Liga with matchday 28 was brilliant, as there was everything fans look for when watching such a highly-competitive league where anyone can beat anyone.

The Spanish game lovers heavily anticipated la Liga’s return, and they were spoiled with excellent football this weekend. Stunning goals, dramatic moments and referee Mateu Lahoz’s return to football were well-received by the fans who had many derbies and six-pointers to watch through.

The five big matches at the supporters’ disposal lived up to their potential, and lots of goals went in the poor goalkeepers’ nets. From Barça’s thumping victory in Mallorca to Villarreal’s lucky late winner, many twists and turns occurred during matchday 28 of La Liga. First, let’s take a look at the three best fixtures of the round.

Granada are one of the surprise packages of this La Liga edition, and the Andalusians even managed to sting Barcelona at Las Cármenes earlier this campaign. Against Getafe, one of the wildest sides in La Liga, they had to up their game a lot. José Bordalás’ side had a great start to the game and stuck right to their values. Such as every other Getafe game, they went intense and aggressive into fouls, while Granada were right to feel harshly done by the refereeing in place.

The red and white outfit went behind early in the first half and were overwhelmed by the pressing applied by the forwards. This pressure translated in a goal on the 20th-minute mark as Barça loanee Marc Cucurella tackled pass came right to David Timor, who shot the ball first time and it landed in Rui Silva’s top corner. It was a game of two halves as Granada came back from the dead and suffocated the valiant Getafe defence from start to finish in the second period.

They began with a great header parried out by Getafe’s keeper David Soria at the start of the half and then turned the game on its head in the space of ten minutes. First, an excellent free-kick from the Andalusian side was headed down by Darwin Machís, and Geta‘s Djené Dakonam helped the ball on its merry way while striker Carlos Fernández was applying the pressure on the Togolese. A long ball from the Granada keeper then started an attack in which Carlos Fernández two-time effort resulted in the winning goal of the game.

All in all, not the most thrilling of fixtures on paper but the number of occasions both teams had in both halves made the whole 90 minutes worth a watch. Also, Granada’s victory makes them enter the European race at this crucial stage of the season, while Getafe lose the opportunity to take a considerable advantage in front of Atlético de Madrid, who drew at San Mamés the next day.

The Valencia derby was one of the games to watch this weekend, and it lived up to the hype. It was an even game where both sides had clear cut chances they just didn’t take. While Levante had more shots, Valencia tested the keeper way more with some dangerous attempts in Levante’s area. Los Ches played well, but their strikers missed sitters just like Rodrigo Moreno’s effort, which landed in Aitor Fernández’s hands, or Carlos Soler’s shot that crashed into the post.

The main talking point of the game was the red card for Levante’s Roger Martí after his cynical tackle meant that he got his second booking of the game. With ten men, Levante began to take their foot off the gas, and Valencia’s players gained in confidence. The Bats’ relentless bombing of the opposition area was a success as José Gaya’s assist crowned a spectacular outing from the left-back, who eased through a Levante defence that was lost at sea the whole match. Rodrigo Moreno’s return to football ended with a beautiful goal after 85 minutes of hard luck, but the drama did not end there.

The referee decided to give five extra minutes, and Levante felt like there was a chance to get something out of this game. With three minutes already gone, Valencia’s centre-back Mouctar Diakhaby decided to foul a Levante player in Los Ches‘ half. The Frenchman was also the protagonist of the next action. After the free-kick went in, he kicked another red and blue attacker and gave away a penalty in the dying embers of this theatrical game.

With set-piece specialist Enis Bardhi already subbed off, Gonzalo Melero showed he had ice in his veins to score the equalising goal and dampen Valencia’s mood. A superb game with lots of actions at every end of the pitch.

Real Valladolid were the luckiest side in La Liga this time. While having scored the third least amount of goals in the league, they sit at a comfortable 14th place and had to beat Leganés on Saturday in a relegation six-pointer to make them feel more at ease. Throughout the whole game, Leganés were unfortunate not to score and fell behind early due to a howler from their defender Chidozie Awaziem. The Porto loanee’s backpass came right to Enes Ünal’s feet, and the Turkish international was ruthless in front of the empty net and opened the scoring in the second minute.

After a few wasted chances by the hosts, Rubén Alcaraz doubled the scoring early after the break. The Spanish midfielder rifled a shot to the top corner from the penalty area. Leganés thought they could get back into this game when Valladolid’s Mohammed Salisu committed a silly foul in the box. Óscar Rodriguez converted from the spot, but Leganés came in vain in front of a lucky Valladolid side. This game was important for both squads and was decided by luck and errors even though there were many occasions for Leganés specifically.

What does this weekend mean for Barcelona?

Barcelona’s 4–0 win at RCD Mallorca’s San Moix and Real Madrid’s 3–1 victory against SD Eibar mean everything remains unchanged for the two rivals at the top. Madrid are still two points short of the culés, but for the two clubs, the break has been beneficial. Barcelona looked fresh physically and mentally against Mallorca and will have to play at this intensity for the rest of the campaign to retain their La Liga title. Now, with Leganés on the horizon, Barcelona will have another affordable clash at the Camp Nou before going to Seville.

How the table has been affected

Much like the top two, the first round of games hasn’t affected the table dramatically, but there could be some regrets when looking back at matchday 28 in the long term. The top six have stayed in the same place, and that’s mainly because Atlético de Madrid couldn’t beat Athletic Club to leapfrog Getafe after their dramatic loss at Las Cármenes.

Real Sociedad are still fourth after a 1–1 draw with a brilliant Osasuna, and Sevilla’s stellar win against arch-rivals Real Betis gives them some breathing room concerning the top four. They are now four points above both Getafe and Atlético and, barring a monumental fall from grace, they are on course to qualifying for the Champions League.

1. Celta are still poor, and the joint- lowest-scoring team in the league has some significant issues. They should thank Barça for thrashing Mallorca.

2. Villarreal get closer to Europe after every team above them decided to miss their opportunities.

At the bottom of the table, RCD Espanyol breathe a little more after a 2–0 home triumph over Alavés and are level on points with Leganés. Real Valladolid are now closer to the tenth place than the relegation zone.

Sevilla’s win in the Derbi Sevillano was essential, and one man enabled it. Lucas Ocampos played remarkably well and deserved to leave the game with more than just one goal. His powerful effort that ricocheted off the crossbar early on was frightening, and the penalty won by Luuk de Jong gifted him his deserved goal in the 56th minute. His backheel assist to Fernando six minutes later was the cherry on top of the cake and capped a performance of the highest quality for the former Marseille winger. His campaign is already stellar, and his performance made the 94-day wait all so worth it.