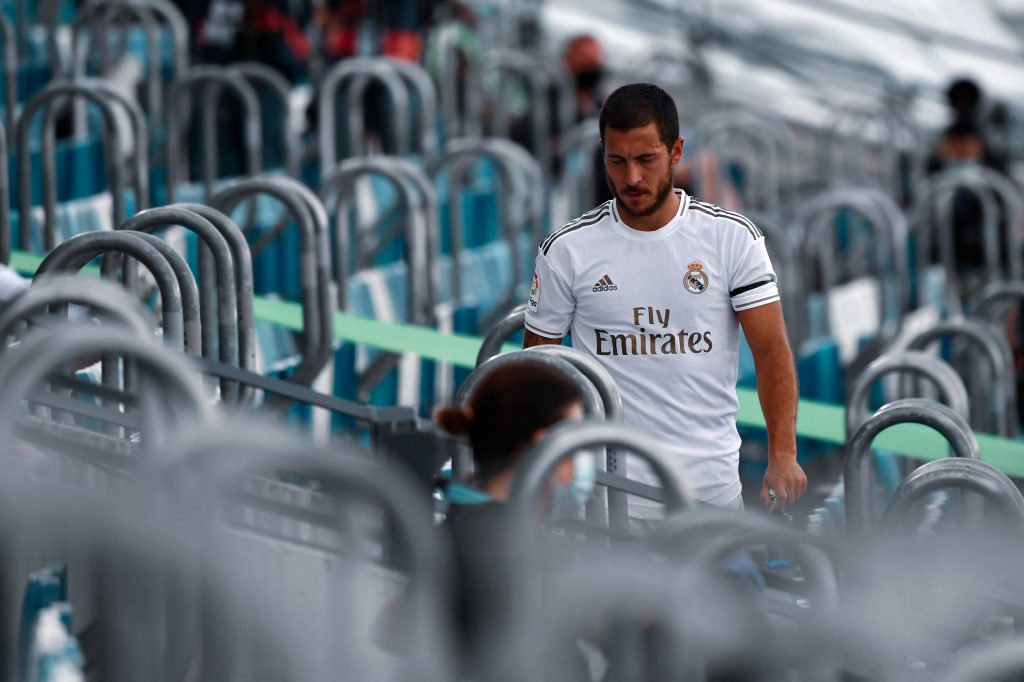 Now that La Liga is back, it’s time to take a look at what games await us for matchday 29 that begins today.

With the first round of La Liga games played, every team seems raring to go. Some will want to keep up the excellent work, and others have to change their ways to get better results. The break was beneficial for most teams, and seeing the older players running more at the end of the season is refreshing. Also, the five substitutes rule seems astute, considering the draining intensity to which the players will be exposed.

It was nice for fans to see their favourite players have some stellar games. Of course, Lionel Messi did Messi things and broke a La Liga record for having scored 20+ goals for 12 consecutive seasons, but others like Lucas Ocampos, Carlos Fernández or Mikel Oyarzabal performed at an extraordinary level too. These footballers changed their clubs’ fate in deciding games such as El Derbi Sevillano, Granada’s comeback against Getafe or a Basque derby between Real Sociedad and Osasuna.

Now, a new wave of exciting La Liga fixtures awaits and it’s time for another preview. Let matchday 29 begin. Three games seem rather interesting in the next round of matches.

Getafe suffered a damaging defeat in their quest of Europe last time out when Carlos Feráandez scored the dagger to complete a 2–1 Granada comeback on Friday. On the other hand, Espanyol are no longer the whipping boys of La Liga. Thanks to Raúl de Tomás’ heroics in January, they have managed to scrape some points to make an adequate push for survival and are now level on points with Leganés and only three behind Celta de Vigo.

If Celta fail to win against Valladolid, and a win isn’t on the cards given the Galicians’ catastrophic form, and Espanyol win away at the Coliseum, the Barcelona club would keep their head above water for the first time in forever this season. The Periquitos will undoubtedly go for the win, but Getafe also want to make amends with their weekend demons. The blue side will be eager to win in a game that’s going to be up for grabs. It’s a must-watch for neutrals who don’t know what to do on a Tuesday. For the fans of both teams, it will be a stressful fixture, where every chance should be taken carefully.

Celta de Vigo will go into this game at the José Zorilla knowing what they have to do to stay out of the relegation zone. The toothless Galicians will have to score goals to win at a challenging venue against an organised team in Real Valladolid. This game will be another cracker for the neutrals, as the relegation battle tightens up and Valladolid seem safe from the drop for another campaign.

However, while the nerves will be palpable in this game, don’t expect many goals as two of the three lowest-scoring teams in the league go head-to-head to scrape some points. Furthermore, Celta need one point to keep safe from Leganés and Espanyol, but Mallorca will also be lurking, and they play a much more clement fixture than Barça this time in Villarreal. If Celta want to cover themselves, they will have to score and probably keep a clean sheet, so the efforts will come from the two parts of the line-up. They will need to play like a unit, for once.

Away from the relegation battle, this is the fixture of the round. Valencia are digging a hole this season and, after going out of the Copa del Rey and Champions League, they are beginning to crumble under pressure in the league. Their draw at Mestalla against Levante was dramatic, and the fact that the mistake-prone Mouctar Diakhaby will probably start them this time too is unpleasing for any Valencia supporter. To qualify for Europe, they are not allowed to lose silly points, as they have been doing lately.

Real Madrid, on the other side, have to win the game, especially if Barça beat Leganés, as it is expected. The Madrid players looked primed and ready against SD Eibar and Eden Hazard’s performance was outstanding in his return from injury. Maybe with the Belgian in-form, it will be easier for the merengues to win against an out-of-form side that is suffering from a severe injury crisis.

Barcelona are expected to win their duel at home against Leganés, but have to be careful about Madrid’s fixture. If Barça win against the Pepineros, they, first of all, stay at the top of La Liga and then give themselves a shot of extending their lead. If Valencia manage to get a result at the Bernabéu, the Catalans will be at least four points above of their madridista rivals. If Barcelona lose or draw, they will fear a Madrid win as they have a worse head-to-head record.

❛ We and Madrid know that a loss is unacceptable ❜

Mouctar Diakhaby’s highly controversial performance at Mestalla against Levante a few days ago, committing yet another late penalty in him, will put the spotlight on him. The Frenchman’s errors will be scrutinised from now on, and a mistake at the Bernabéu will be fatal for his Valencia career.

Antoine Griezmann is another Frenchman that had a sub-par display in the last match. The World Cup winner will have to show more than in Mallorca to stay in Quique Setién’s line-up, especially with Luis Suárez ready and Martin Braithwaite breathing down his neck. On another note, Mikel Oyarzabal’s brilliant performance against Osasuna grabbed Real Sociedad a point, and another outstanding showing from the Basque winger at Alavés’ Mendizorroza on Thursday could be awaiting.