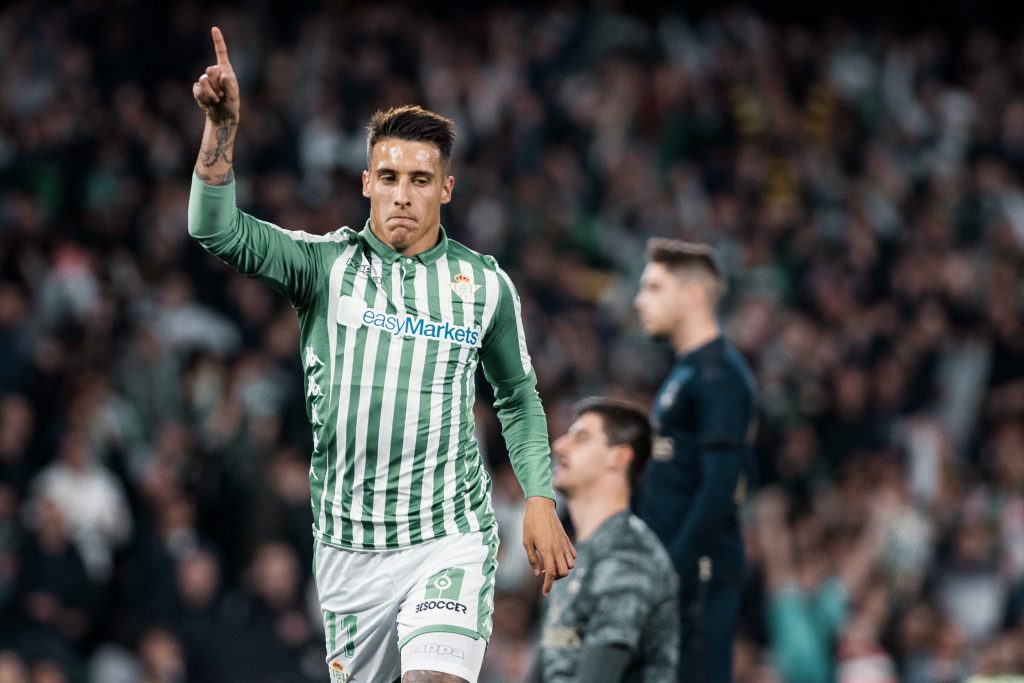 Finally, La Liga returns! With the long wait finally over, it is worth noting which games will be the most fun to watch in matchday 28 of La Liga.

The wait has been long enough. Nobody could survive life without football anymore. Worse, nobody could maintain life without La Liga anymore. This league means so much more than a few balls kicked around a pitch. Every game, twenty-two devoted actors search for a spectacle of incredibly aesthetic football. Entertainment is the main focus of every player in Spain. It comes from their hunger to play football the right way.

Of course, not every team plays slow and methodical tiki-taka, but even the ones who play a more wild game usually entertain and maintain incredible defensive stats. No team in La Liga has conceded more than 50 goals. Germany, on the other hand, has nine teams who have conceded this outstanding amount of goals. Football in Spain is balanced. Only a few squads play truly uninspiring football, and the others often steamroll the defensive coaches.

Getafe, for instance, are seen as a dirty team that plays football for results and not beauty, but who could blame them when three years ago they were in the Second Division? Today, José Bordalás’ side is applauded for its style and will to fight all around Spain, and their tie against Ajax in the Europa League was a real yin and yang fight that they topped.

All these mixes of styles make a league where anybody can beat anybody. Whether it is Granada stunning the champions Barcelona at home or Real Betis ending a poor run of form with a 2–1 victory against Madrid, La Liga teams are some of the fiercest in the whole world. With its return, we are in for a treat as virtually every day; there will be a significant and exciting game. These are the few games earmarked for greatness in the 28th matchday in La Liga beginning this Thursday.

El Derbi Sevillano is more often than not the highlight of a matchday. It’s usually the late Sunday kickoff, and there is always some kind of action. Fantastic goals, thrilling games and legendary players are often the outcomes of this past La Liga game. The usual electric intensity of this game makes the fan roar, no matter the venue because both the Ramón Sánchez Pizjuán and the Benito Villamarín are two of the most beautiful stadiums in Spain.

Lucas Ocampos, one of Sevilla’s standout performers this term, already scored in the 1–2 win at the Benito Villamarín in the Seville Derby from earlier this season | Photo by Cristina Quicler / AFP via Getty Images

Unfortunately, the fans won’t be able to travel for this majestic encounter. However, La Liga fans could not have asked a better matchup to begin with. Sevilla is on course to qualify for Europe, and winning this game would do a world of good to their qualification bid. The Sevillans have had a great campaign under Julen Lopetegui and will want to consolidate their third place.

On the other hand, Betis still have an outside shot at Europe and winning a Sevilla derby to propel themselves to Europe will add extra incentive to this special day. With veterans of the Spanish game such as Joaquín and Jesús Navas in both sides, La Liga supporters will have no complaints with this opening post-pandemic clash.

Another day, another derby. Sure, the Valencia derby isn’t as pleasing as the Derbi Sevillano, but this game will be exciting for anxious football fans. La Liga’s mid-table is so compact that teams in European places are only separated from the bottom half of the table squads by a few points. Levante have had an indifferent season, but they could stun more than one as they demonstrated against Real Madrid. José Luis Morales is the player to watch for Levante.

Valencia’s season isn’t as exciting as their last, and the bats are languishing in seventh place and are out of both the Champions League and their Copa del Rey, only a year after Marcelino’s side beat Barça in the Cup final. Marcelino now jobless, Albert Celades tried to steady the sinking ship but couldn’t. Still, they are only five points away from third place and will want to secure a Champions League spot. Beating Levante could save their season and maybe give confidence to some players. A game to watch as the two teams will battle it out from the first minute.

The Celta de Vigo vs Villarreal is perhaps the game with the most meaning for both sides. On the one hand, Celta have had another grim campaign. The Galicians are in a precarious position as even Iago Aspas seems powerless in their bid to stay up after carrying them last year. Struggling to get points, they have to beat the Yellow Submarine to give themselves some breathing room.

Javi Calleja’s side is in a healthier position but wants to get to Europe this term. Four points behind Valencia, they have to win at Balaídos to dream about it, though. Some key performers will have to be on their best form for both teams to wish for something. First, Rubén Blanco will have to carry his pre-quarantine form to keep a clean sheet against dangerous forwards like Gerard Moreno. Santi Cazorla will back Gerard Moreno as his revival has been a breath of fresh air for La Liga purists.

Also, without Balaídos’ afouteza, Iago Aspas will have to elevate his teammates more than ever before. This match will be more about individuals than squads, but it is a six-pointer for both sides.

Probably the least exciting of the five fixtures for neutral fans, but undoubtedly one that implies many impressive outcomes. RCD Mallorca are only a point behind Celta in La Liga and find themselves in the red zone. Los Bermellones suffered a damaging 5–2 loss at the Camp Nou in October and will look to make amends with their past demons.

For Barcelona, however, it’s game time. The wait is over. After Quique Setién took over in January, the team had little to play together and suffered some bad losses such as in the Copa del Rey quarter-finals to Athletic Club or in El Clásico back in March. They find themselves at the top of the table with a two-point difference over Real Madrid and have a nearly fully-fit squad. It’s fair to say the break has benefitted them a lot and having Luis Suárez back to full fitness is encouraging for them. Culés seek their third consecutive title and will look to strengthen their position in Mallorca.

Two historical Spanish sides for an exciting game, that’s what La Liga supporters love to see. Athletic Club’s season had been great at times but not perfect enough overall, but they could redeem themselves in the Copa del Rey. Without their lion in Aritz Aduriz, who had to retire due to a hip injury, the Lions will be eager to avenge the fallen giant. Lying at tenth position in the league, they still could make Europe and a win against Atleti could be a testament of their intents post-quarantine.

Atlético de Madrid, on the other hand, are flying high. Los Rojiblancos come from an emphatic elimination of Liverpool in Europe before lockdown and want Champions League football next year. With them being a firm favourite for the Champions League title, they have two routes to qualify for the coveted competition. Nevertheless, they will undoubtedly want to win in Basque territory to beat the other Basque giants in Real Sociedad to fourth place.

Diego Simeone’s passion is enough to replace the fans, and his team will look to play an intense game, as always. Athletic Club is another defensive force in Spain and especially under Gaizka Garitano. They have faced the fewest shots in La Liga and lie third in Europe in terms of attempts faced in the meantime. Their defensive game is backed up with rapid counter-attacking beasts such as Iker Muniain and Iñaki Williams. In a game that will inevitably need some sparks, both the offensive prowess of Athletic and Atlético will produce a great game, and it will be superb to see El Cholo back in action.

• The quiet resurgence of Sergio Busquets