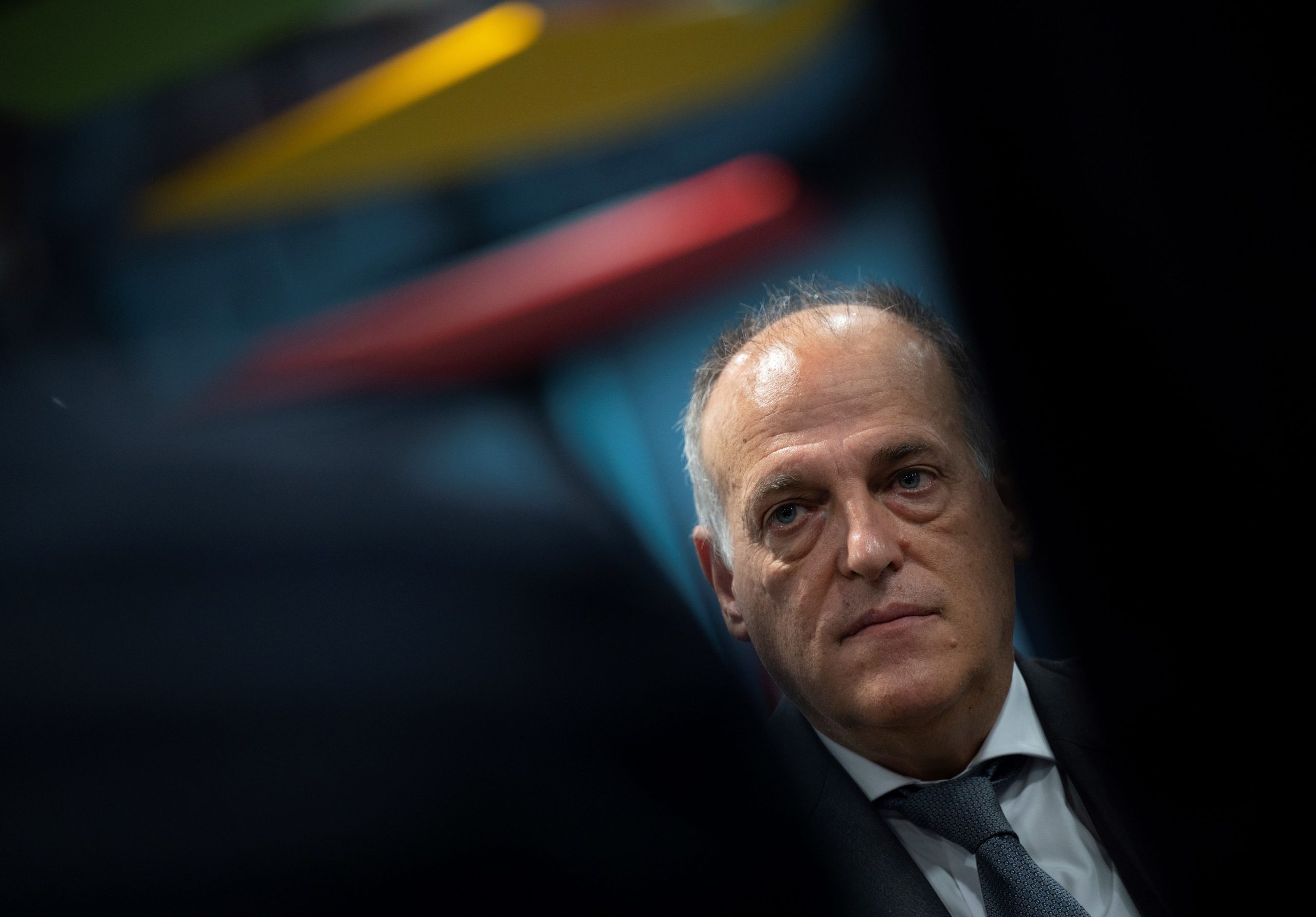 La Liga president Javier Tebas is the latest to comment on Ousmane Dembélé’s contractual situation at Barcelona. The 24-year-old refuses to leave the club, but at the same time, refuses to attend the training sessions claiming that ‘he has stomach pain’.

Last week, Mateu Alemany, the club’s sporting director, gave an ultimatum to the French winger: you have to leave the club immediately.

This, however, raised critics claiming that Barcelona does not have the right to make such a statement. Even the Spanish Player’ Union (AFE) warned the Catalan club with regards to its actions around Dembele, specifically leaving him out of the squad list and the player’s labor rights.

Ousmane Dembélé looked serious and contemplative during today’s training session. The last one, when the club hadn’t sent him to stands yet, was the exact opposite. He was lively and joking with his teammates.

On the situation, Alemany had made the following comments (h/t Sport):

“There have been negotiations with Ousmane and his agent since July more or less. In all that time, six or seven months, there has been dialogue, conversations, Barça have made different offers, looking for a way for him to stay with us.

“These offers have been rejected by his agents. And now, today being Jan. 20, with 11 days left in the window for him to renew his deal, it’s obvious that the player does not want to stay at Barça and is not committed to the club.

“Not being in the squad now is a consequence of all of that. We don’t want players that don’t want to be here. Obviously the coach has to have the final say, but he has the club’s full support.”

Tebas, on the other hand, is not only on the same page with Alemany but also full of praise with regard to the director’s take on the situation:

“Barça are not doing anything illegal with Dembélé. There should be more Mateu Alemany’s in the world of football,” he told MARCA.

Even if he decided to take a U-turn and stay at the Catalan club, it looks like fans have already turned against the Frenchman. Time is ticking for Dembouz.

Marca’s poll: ‘What is the best team for Dembélé?’ pic.twitter.com/g8y0kRN7LE