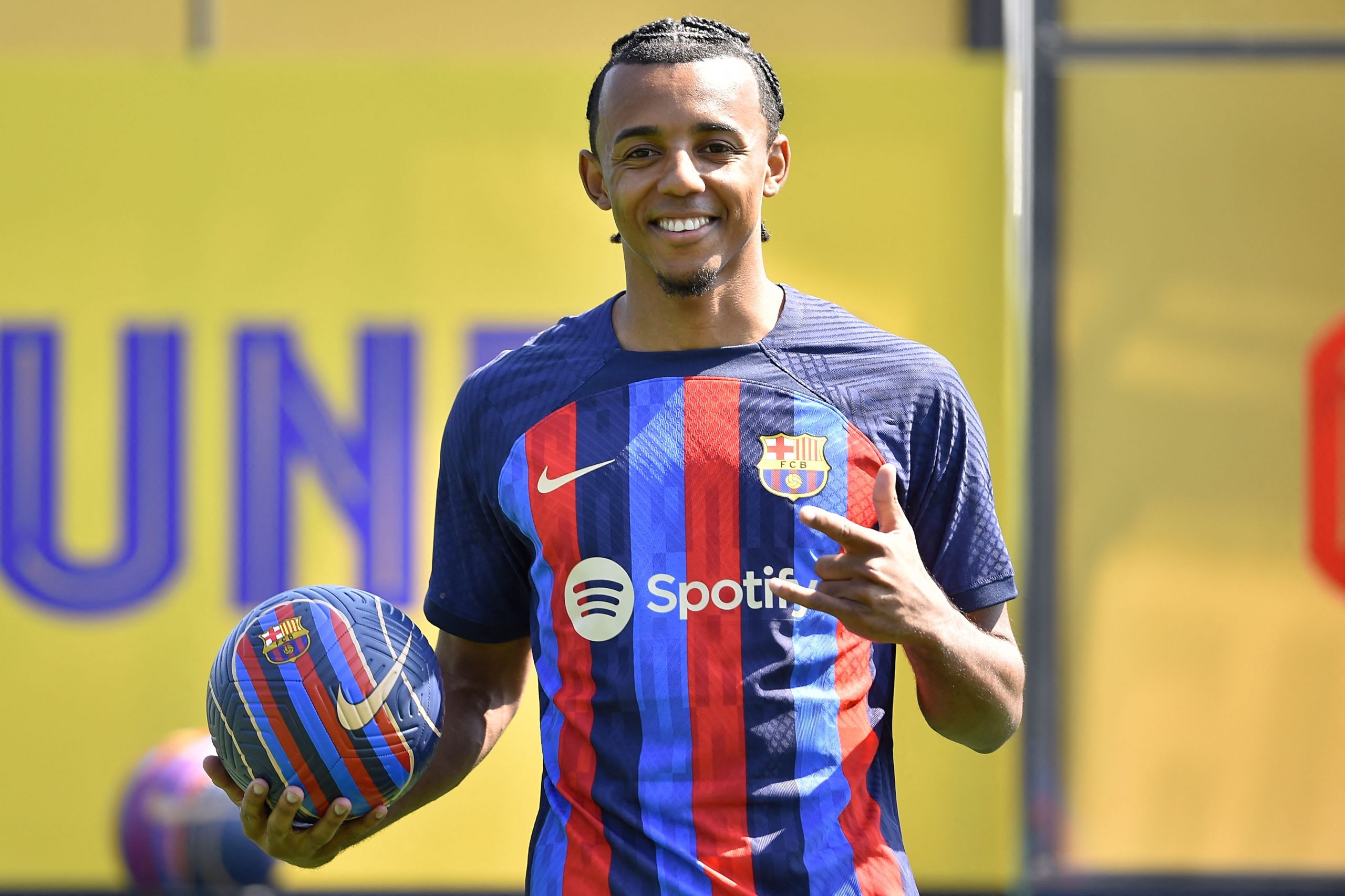 Jules Kounde’s move to FC Barcelona was almost on the brink of collapsing not long ago. The French defender, as per reports, was close to joining Chelsea before Barça swooped in and got their man for a reported fee of €50 million plus add-ons.

Kounde’s move to the Catalans was a massive one for the club as they have sorted out their defence for the next season. The club had suffered massively from many leaks in defence last season, and signing Kounde to partner with Ronald Araujo helps them become more solid at the back.

Kounde spoke during his unveiling as a Barça player earlier today and revealed that he is thankful to the club and president Joan Laporta for the opportunity to play at a club as big as Barça and that he knows he will have to work hard if he wishes to succeed at the club.

The player also talked about his conversations with head coach Xavi Hernandez and revealed that his talks with him went very well and that he realized that the manager had very clear plans about his role in the club.

“The conversations with Xavi were very fluid. I’ve always felt the coach’s affection and his desire for me to come here and that is very important to me at this stage of my career,” the 23-year-old said.

The French international also revealed that the 42-year-old tactician also told him that he expects the player to perform at the same level he has been at Sevilla with a similar aggressive mindset and play from the back as is demanded by the setup.

“Xavi asked me to continue doing the same as in Seville: be aggressive, take the ball from behind and be committed to Barça’s demand,” he added.

Kounde also talked about the interest from Chelsea for his services but mentioned that there had been no agreements in place as both he and Sevilla waited for the offer that the Blaugrana were preparing.

“It’s true that I had the opportunity to sign for Chelsea, but we had to wait if Barça could reach an agreement with Sevilla. When I saw that this was possible, I chose Barça, because I was very clear about the project.”

The former Sevilla ace also revealed that one of the major reasons for picking Barça over Chelsea was the clarity in planning for the future that the Catalans had shown, and also the fact that he would be more comfortable from the start as he already knows how opposition in the league operate.

“My knowledge of La Liga will make it easier for me to adapt, but the important thing is to understand Barça’s style well, what the coach will ask of me and to get to know my teammates,” he said.

Kounde also admitted that he knew he would have a lot of competition for the starting spots and knows that the competition would be better for his performance as it would help him grow as a player. “The competition here is a challenge for me,” he stated.