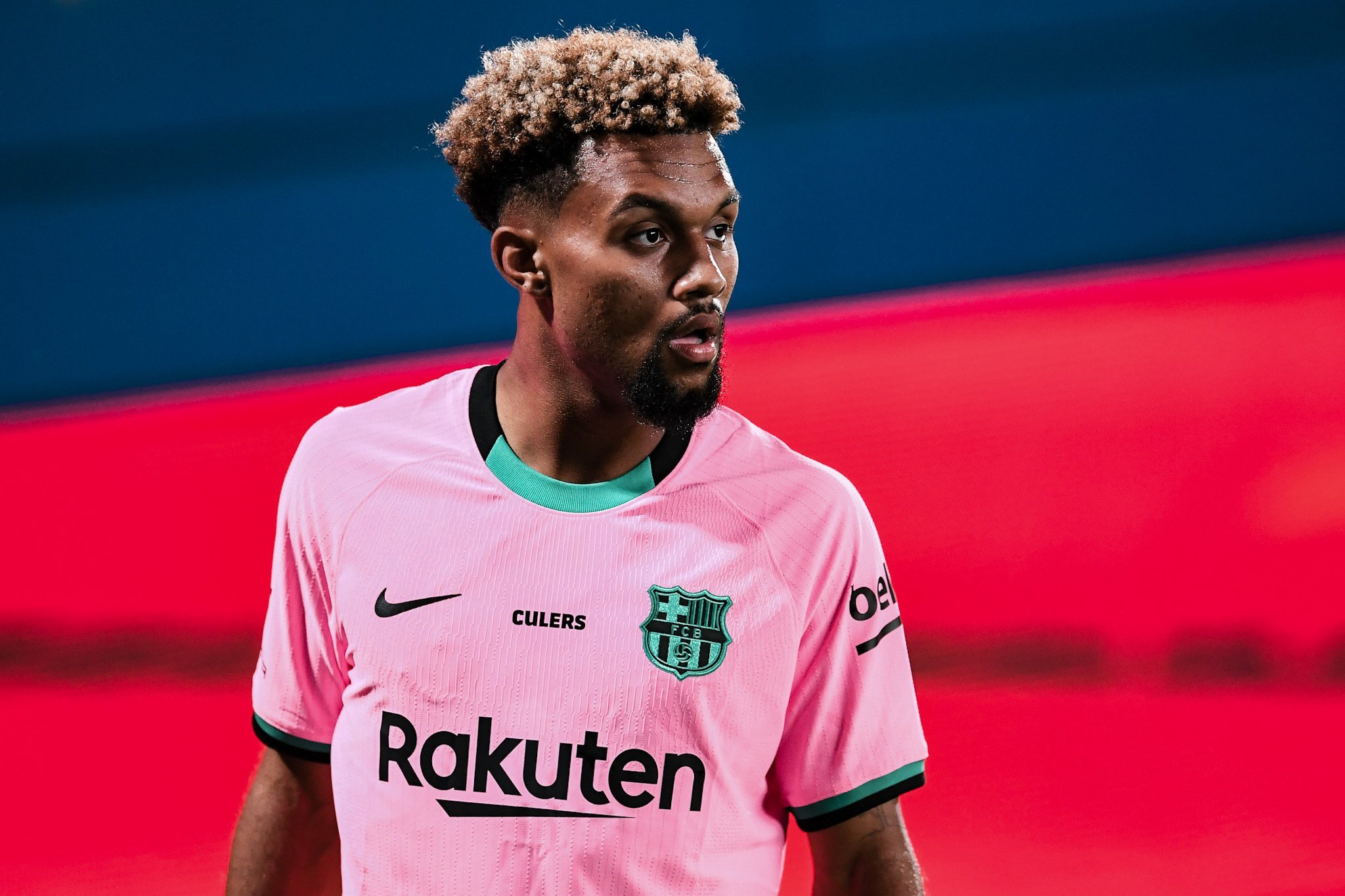 Konrad is an exciting winger playing in a crowded Barcelona side. Could playing as a full-back solve both his and Barcelona’s problems?

Konrad De La Fuente recently debuted for Barcelona, after which he was singled out by coach Ronald Koeman as one youngster that especially excites him. His path is not one we see in the usual La Masia graduates. Born in Miami, Florida, Konrad moved to Barcelona with his family when he was just 10. Playing for CF Damm, Konrad caught the attention of Barcelona’s scouts just two years later. Since then, he has progressed well through the ranks of La Masia and he becomes the newest debutant at 19 years of age for the Blaugrana.

At a team like Barcelona, there is competition for every position. With additional players joining every year and the mismanagement of the youth academy, the pathway to the first team is especially tough now. Some players who are prodigies like Fati, combined with luck, make their mark early. However, the players who were heralded to be the next generation of superstars such as Alena, Puig, Oriol Busquets, Juan Miranda have found it very difficult to establish themselves as Barcelona first-team players. In such times, one way that these players can benefit is by improving their versatility the way Sergi Roberto did and try breaking into a different position. With Barcelona’s full-back problems very apparent as of now, an interesting question can be raised. Can Konrad transition into the modern full-back role and get better opportunities there?

Let’s get the aspects that appear to be problems out of the way first. Konrad has not played at full-back before, neither has he played in a defensive position. He hasn’t proven himself to be a good tackler of the ball. These issues might make it seem like he clearly can’t transition into a full-back. However, there are strong counter-arguments to this.

Firstly, he hasn’t played in those positions before. Regardless of this, the number of wingers who successfully make the transition to left-back is quite large. Some world-class full-backs like Patrice Evra, David Alaba were once wingers who transitioned into the defensive role. Even Konard’s teammate at Barcelona, Jordi Alba was once a winger. Alba was unable to make a mark at Barcelona as a youngster but at Valencia, he showed his talent which made the Catalans bring him back to Camp Nou. This time, as a full-back. The transition from winger to full-back is much easier than other transitions. The pace, agility, and attacking instinct needed for a modern full-back is something that a winger like Konrad has in abundance.

One of the other aspects of defending is positioning.

“If I have to make a tackle then I have already made a mistake.”

Building upon this quote, something that often is ignored is the fact that positional play is the important part and tackles come secondary to it. As a La Masia graduate, Konrad has been trained in the art of juego de posicion for almost a decade now. He is a very smart winger who knows how to position himself ideally. As a winger, knowing when to receive the ball and knowing where to drive forward from is very important. To complement his blistering pace, this aspect of his play makes him a very efficient dribbler. It would also help his transition into left-back significantly.

Secondly, the other problem is the fact that he isn’t the tallest player at 1.7m. The misconceptions surrounding the importance of physique are surprisingly still quite common. Though being taller can be an advantage, the low centre of gravity afforded by a height such as Konrad’s is very useful for a Barcelona full-back. We saw it with Dani Alves especially. Another player who has played both as a full-back and winger, the Brazilian is considered to be one of the best Barcelona players of all time. His height wasn’t that impressive, nor did he look the strongest. But his positional play, tactical intelligence, and pace helped him develop into one of the best full-backs in the world.

“He already stood out when he arrived in Barcelona,” “He was different because he had a very high technical level. He has great peripheral vision, amazing drive on the ball when shooting and dribbling, and is able to play at a high intensity.”

Barcelona has an impressive winger who would make a case for starting for most La Liga sides. However, Konrad plays for a club with incredible standards in player quality. With Dembele, Trincao, Fati, Pedri, and sometimes even Griezmann having the ability to play as left-wingers and the right-wing spot belonging to Messi, though he has a free role mostly, Konrad might get the best chances by playing as a left wing-back.

Barcelona’s starting left-back, Jordi Alba, unfortunately, doesn’t have the quality he once did. The second left-back, Junior Firpo, is better suited to a 5-man defense and has struggled to play well for Barcelona. For a pacey, smart, aware winger like Konrad who came up through the ranks of La Masia, the left-back role might just be the way to establishing himself in the first team.