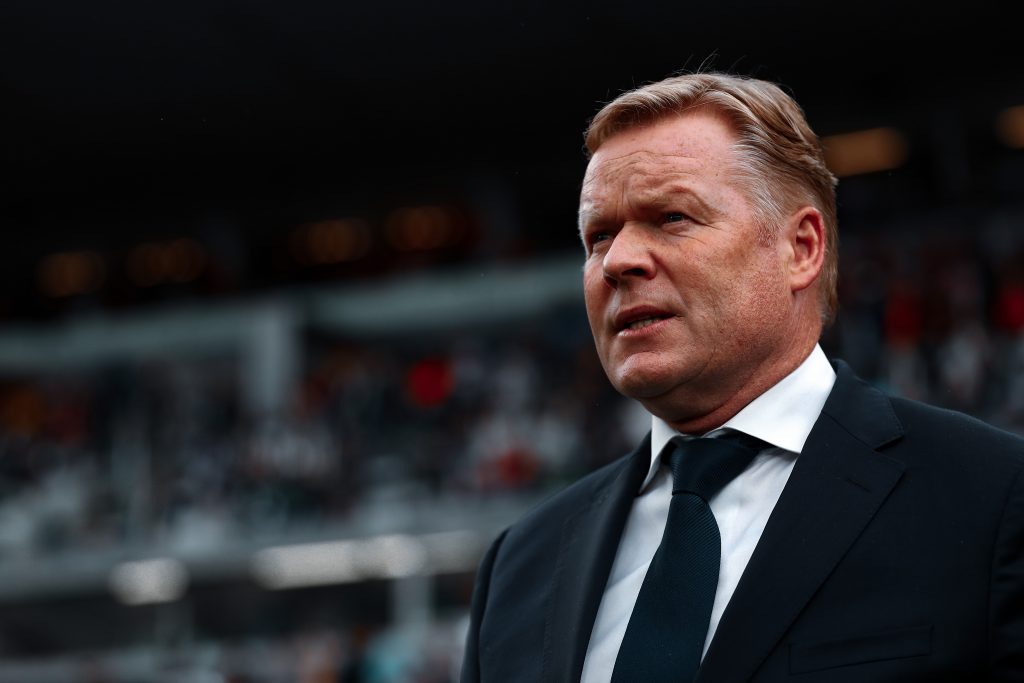 Ronald Koeman is slowly but surely putting his blueprint in Catalonia and it seems the new manager will use the 4-2-3-1 formation at Barcelona.

Big changes are on the horizon at the Camp Nou. The Dutchman has well and truly arrived and we are eagerly awaiting his first clash in charge. However, if the recent reports are to be believed, we might see the Azulgranas in an entirely different outlook.

Koeman has decided the team is versatile enough for him to deploy the new 4-2-3-1 formation at Barcelona. Of course, this is something of a preferred system of the new gaffer.

We’ve seen him utilise it before and he may very well do it again in Catalonia. SPORT have even gone as far as to show us what that might look like on the pitch.

There are a couple of interesting points here in the graphic above. Firstly, Sergi Roberto, who has impressed in training, seems to be the preferred right-back choice.

Then, Frenkie de Jong and Miralem Pjanić in a double-pivot and just behind the incredible strike force. Ousmane Dembélé, Antoine Griezmann and Lionel Messi will be deployed just behind the striker, who is yet to be decided.

At the moment, and if Barcelona don’t sign anyone else, it could very well be Ansu Fati. Recent reports have already suggested that the youngster could potentially be transformed into a ‘number 9‘ and that’s still a possibility.

The money is scarce and if Barça can’t buy anyone, they will have to find the solutions from within. Still, moving away from the personnel, the change in formation will also allow Barcelona more attacking freedom and physicality.

And that was a really long time ago…