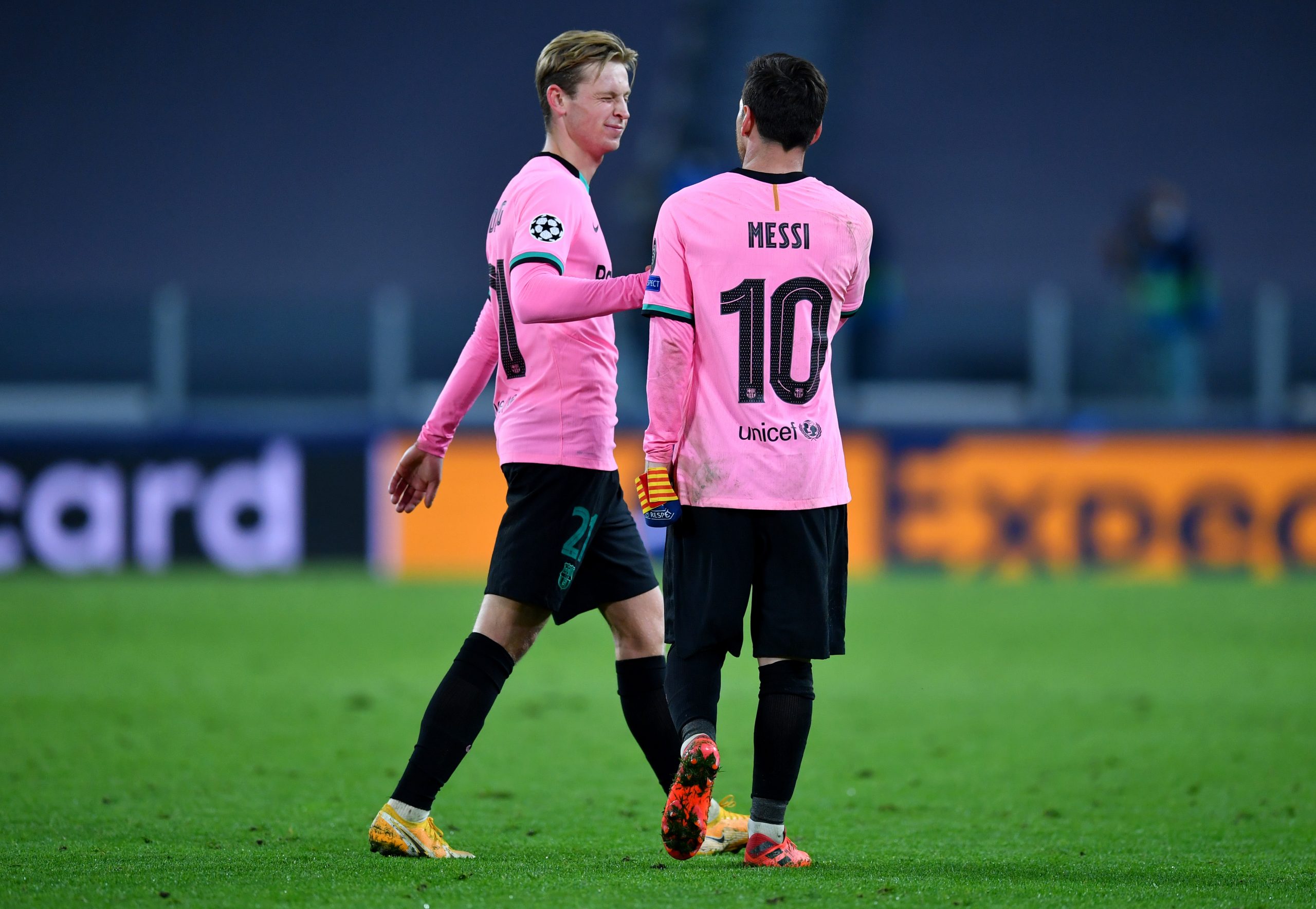 For their own astronomically high standards, both Lionel Messi and Frenkie de Jong have had quite a slow start to the 2020/21 season. When it comes to the Argentine, he hasn’t been scoring as often as he usually does and De Jong, despite being the most used player so far, is yet to fully break out of his shell.

But even though both players are key components of Ronald Koeman’s Barcelona, they rarely combine on the pitch. In fact, neither of the players is among the other’s top connections so far in the campaign. Messi usually passes to Sergio Busquets, Miralem Pjanić, Philippe Coutinho or Jordi Alba. De Jong, on the other hand, combines with Gerard Piqué, Ousmane Dembélé and Alba. But not with Messi.

What’s even more worrying is the fact that there are games where the two barely make a single pass between each other, like the clash against Getafe or Real Betis, for example. On those two occasions, the Dutchman and the Argentine interchanged a couple of passes at best throughout the whole game.

And because of that, according to Mundo Deportivo, this is the area Koeman wants to strengthen in the near future. Their natural positions on the pitch and movements they make mean there is not much interchange. However, with the duo being among the coach’s most important players, they really should combine much more often.

Having your best players constantly include one another in their plans is crucial if Barcelona are to improve. As of right now, we still don’t know how Koeman intends to achieve it but admittedly, it does sound like a good idea.

We’ll have to wait and see.