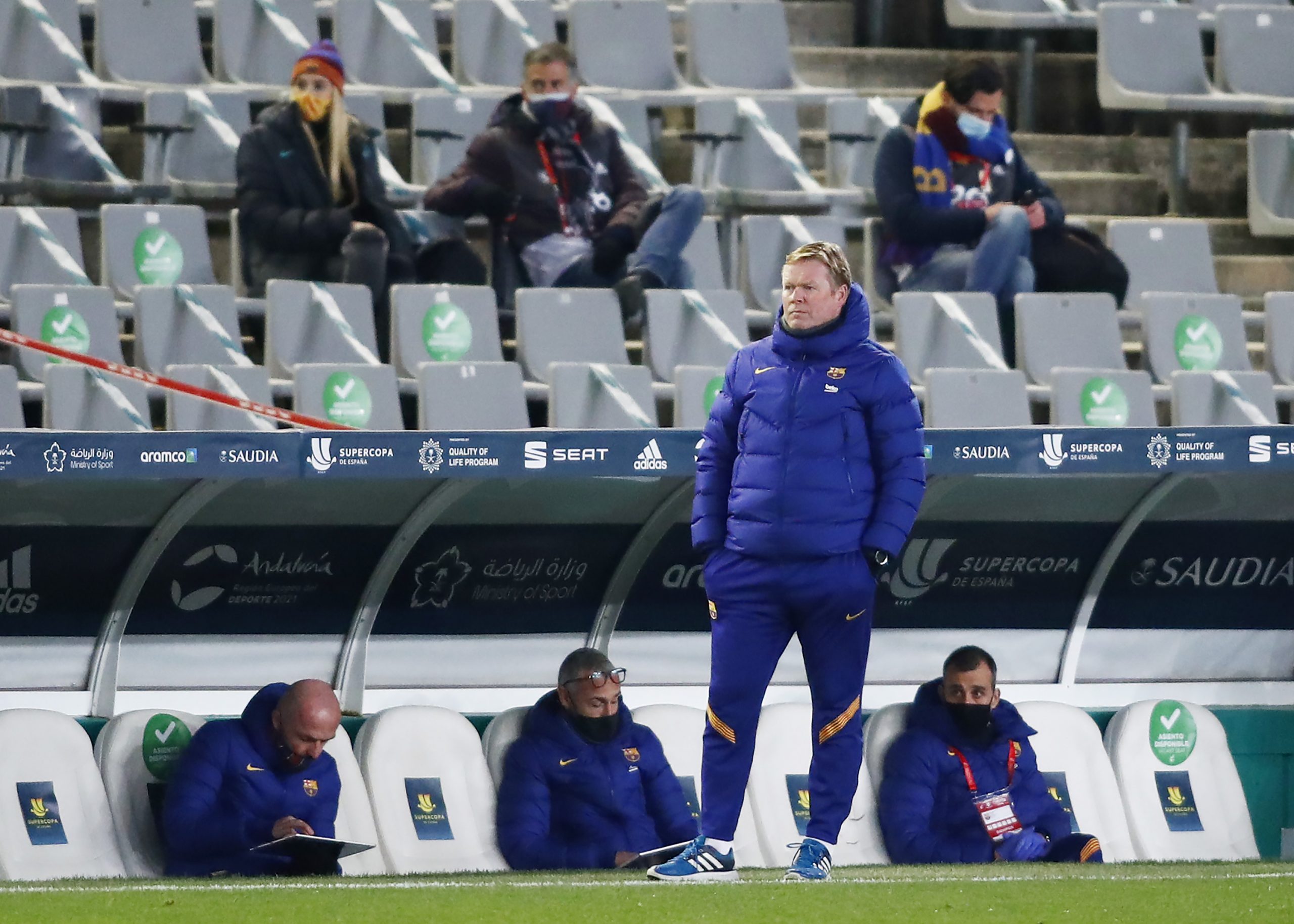 Ronald Koeman’s Barcelona qualified for the Spanish Supercup final after a heated game against Real Sociedad. Barcelona won on penalties in a cagey affair, and, in the end, deserved to go through.

After an intense extra-time, the Dutchman seemed really happy with his team’s display and win and spoke in the post-match press conference (via Barça TV+).

“I’m very happy with tonight’s performance. We struggled a bit, but we were the better side,” said the Dutchman.

He was also asked about the rotations, particularly Lionel Messi not starting due to a minor injury: “I’m very proud of this team. We have a lot of injuries, and it’s important to have players who can replace them and still offer great things.”

Quite ironically, the game-winning penalty goal was scored by Riqui Puig, who is not known to have the best relationship with Koeman.

“The last penalty? I had four names written down, and I asked who wanted to shoot the last one to win. Riqui wanted to take it, with determination,” added Koeman.

One other question was whether Ousmane Dembélé is still fit. The 23-year-old played the entire game, and considering 120 minutes of high-tempo football, Culés would not be surprised if he would have picked another injury. At the final part of the game, he came to the sidelines, but it didn’t take long until he was back up on the pitch.

It looks like things are turning positive for Koeman, as the Catalan club now has won four consecutive games. Even though the League race highly depends on whether Atletico can keep their consistency, it looks like Barcelona will not let go easily.