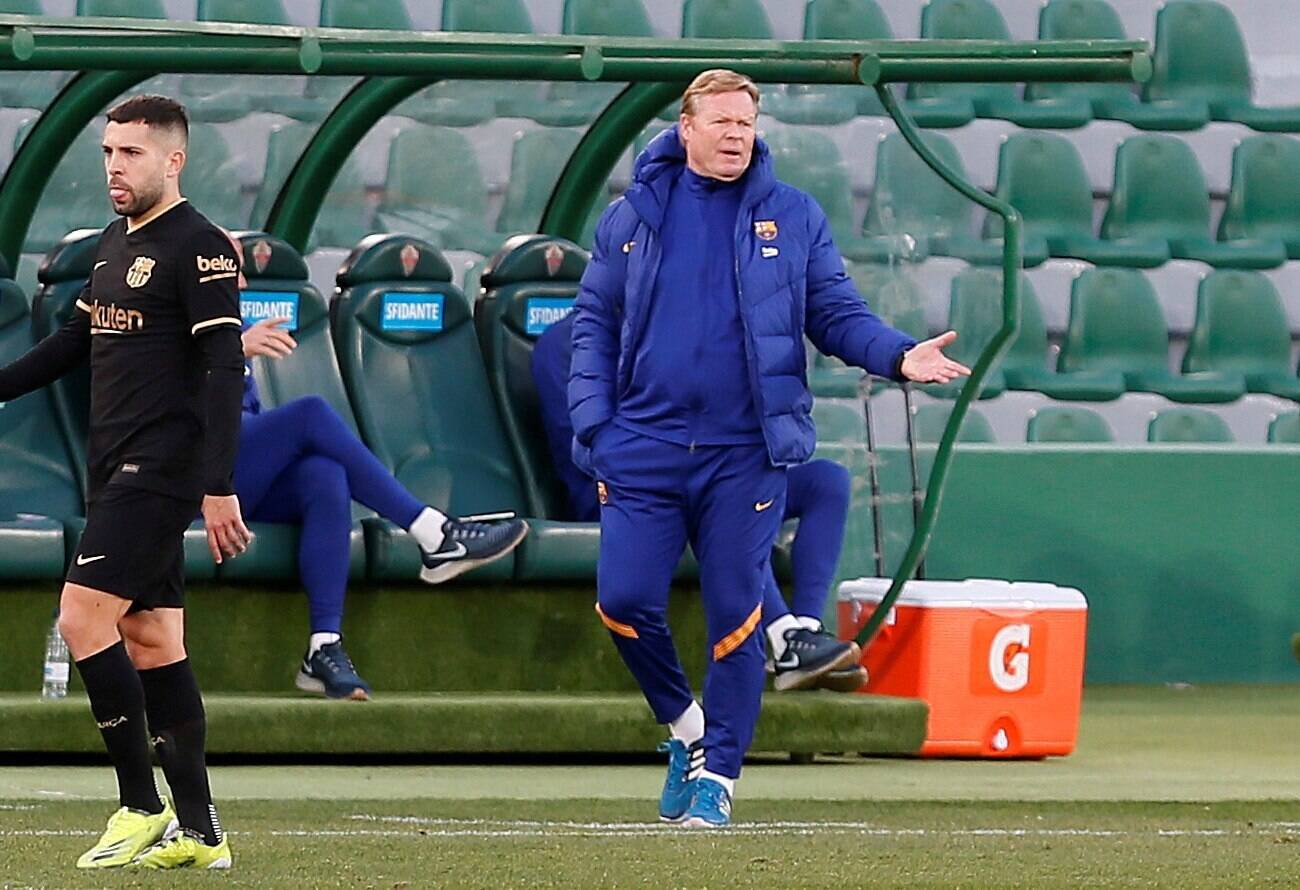 Barcelona travelled to Southeast Spain to take on Elche at the Estadio Manuel Martinez Valero in their first Liga visit to the stadium in six years. A goal each from Frenkie de Jong and Riqui Puig helped the visitors register a 2-0 win without much difficulty. Not the prettiest win, but given Barcelona’s schedule, they will be more than happy to pick up the three points and move on.

Ronald Koeman was not too fussed about the way the victory shaped up, and expressed his thoughts in the post-game press conference.

On how Barça approached the game: “I saw a very concentrated Barça from the start of the game. We have had a lot of possession of the ball. They have defended the areas and the spaces between their lines well, but we also played very well without the ball.”

On the scares in between: “There was a moment in the game where we lost too much possession. We risked too much in the middle and we needed freshness by bringing on Trincao.”

On who would have taken penalties today: “I am not going to say who the two pen takers were for today. Usually it’s Leo who’s number 1. In the end it is the captain who decides.”

On the scrappy win: “The key thing for me is that we can show concentration, despite a complicated schedule with many games.”

On the Elche attacks: “There is no doubt that when we have the ball, we find free people. The problem is when we don’t have the ball. You have to recover the ball as soon as possible. Today I saw a strong team, very focused and very intense.”

On an unchanged midfield: “We have found a midfield. I don’t want to say it’s fixed because there is always competition. But we have improved and it depends on fatigue, and on the rival. There are many players who can play like Pjanic or Riqui.”

On Riqui Puig’s commitment: “I clearly like the fact that Riqui doesn’t give up. It’s how all the players should be, that after many games without playing, they want to show that they have a future. Puig hasn’t had many minutes today but he was influential in this game.”

On Busquet’s suspension: “We know that Busquets has five cards, but first we have to think about planning Wednesday’s game, which is the most important. We’ll see how we’re going to solve this.”

On if is he happy with the win: “The key to today’s game is that the team was very focused from the beginning and did their job very well. Maybe it would have been better to have scored the second goal earlier, but they did a good job.”