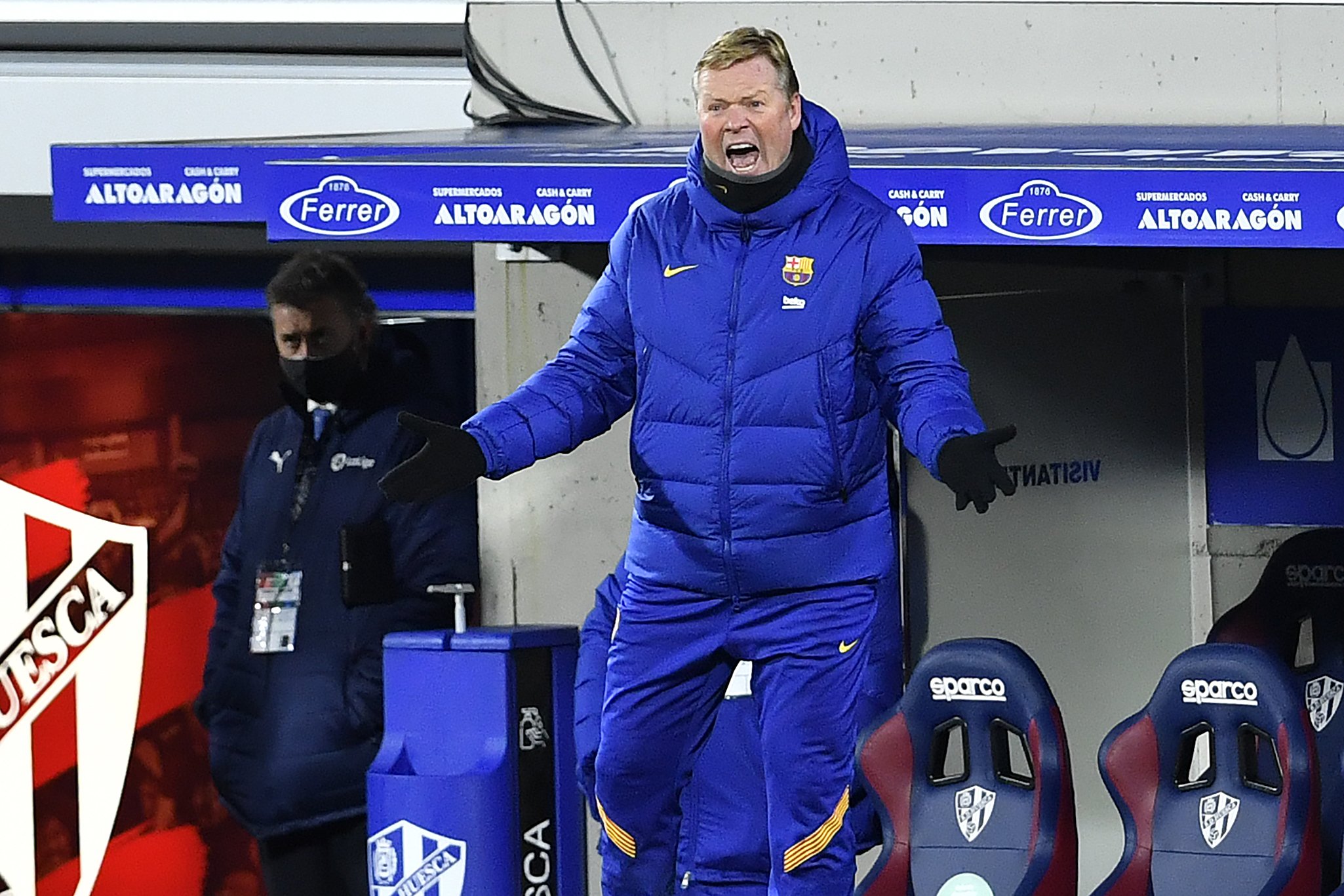 Following a hugely motivating victory against Athletic Bilbao in midweek, Barcelona will hope to replicate or even better it when they travel to Southern Spain to lock horns with Granda at the Nuevo Estadio de Los Carmenes.

Granada have been having yet another sensational campaign following their amazing performance last season on the back of promotion, as they sit in 7th, seven points off Barcelona who are 3rd. Ronald Koeman sat down to address the media as part of his pre-game press conference.

On if Pedri could be selected for the Euros 2021: “Euros for Pedri? It’s not my decision. We can say many positive things about Pedri’s career. Nobody expected a kid from his age to play almost every game. He deserves it.”

On if Ilaix Moriba can be called up tomorrow: “With the departure of Aleñá, we need a player. Ilaix can enter the call-up tomorrow, he has already done pre-season with us and he has been training with use these days.”

On Messi’s recent performances: “Messi really likes to train and play, he’s a winner. He expresses himself when he’s not happy and also when he feels happy for the team’s result and personal performance. He’s giving his best for this team.”

On what Dembele brings to the team: “Dembélé is doing fine, he’s confident and he’s happy. I like him. He has his qualities in 1v1s, and he can play on both wings. He’s different from Leo, Griezmann and Trincão. Hopefully he continues so he can play many more games.”

On an important away win at San Mames: “We can’t just trust the result of San Mamés, it’s another rival and another stadium. We have to be at a good level, be humble, do things right, be focused and show personality on the pitch.”

On UE Cornella knocking out Atletico Madrid: “Cornellá? They deserved to beat Atlético Madrid, who came out with a strong team. If you don’t have your day, anything can happen.”

On signings in the January transfer window: “Signings? For the short term, it would be important to improve, we need more competition and more effectiveness. There are several reasons to sign, but I respect the situation of the club. If it’s not possible now, we will wait.”