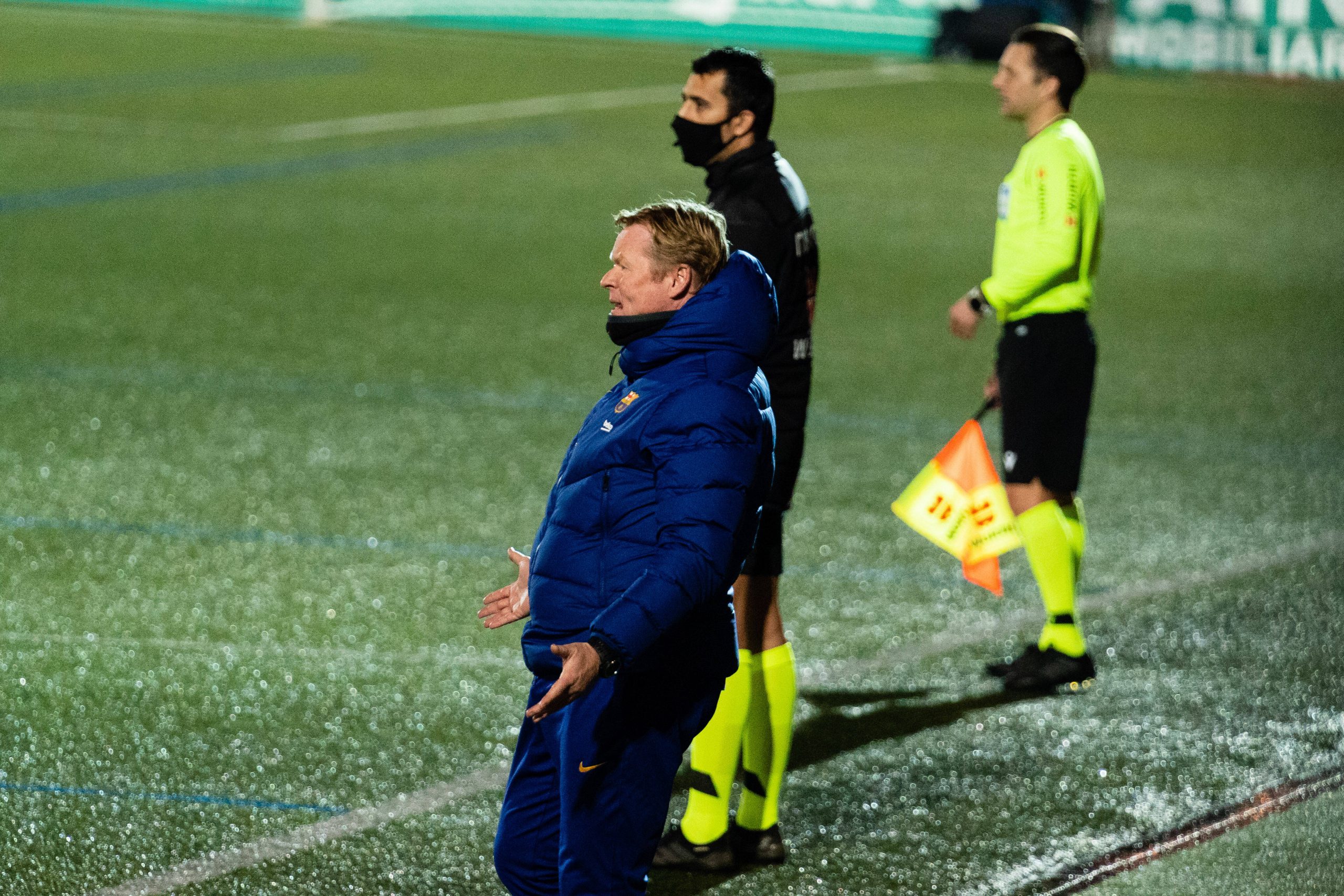 Barcelona bounced back to winning ways against Cornella after the loss against Athletic Bilbao, in rather embarrassing fashion though. Two missed penalties meant the total misses from the spot had racked up to five for the season, not including the penalty shoot-out vs Real Sociedad.

Ronald Koeman did not shy away from expressing his frustration about the missed penalties of the season, neither in his post-game press conference after the Copa del Rey clash, nor in the pre-game presser before the Elche encounter. Follow all quotes from the conference in this thread.

On the hectic season: “This season’s league campaign is very competitive. Everyone has a tough schedule. We’re coming from three games with extra time. I hope the players have the mentality to win tomorrow.”

On Sergi Roberto’s return: “We hope no more injuries are sustained. Roberto will be with us soon, he trained with the group today.”

On Dest’s inclusion in the squad list: “Dest has played many matches and he has helped us a lot. That’s difficult for a player of his age. We’ll see if he can play tomorrow or not.”

On the missed penalties: “We’ve missed 5 penalties this season. Every player misses but 5/12 is a lot.”

On what is going wrong from the spot: “Missing penalties is unacceptable. I understand that there’s a difference between penalties in a game versus penalties in training, but the pressure should be less when there’s no crowd.”

On how to improve their track record: “We trained on penalties yesterday and today.”

On Junior Firpo: “Firpo has played well so far whenever he’s had the chance. He’s with the team now.”

On Ronald Araujo’s meteoric rise this season: “Araújo gives a lot to the team. He performs very well and he’s very important to the squad.”