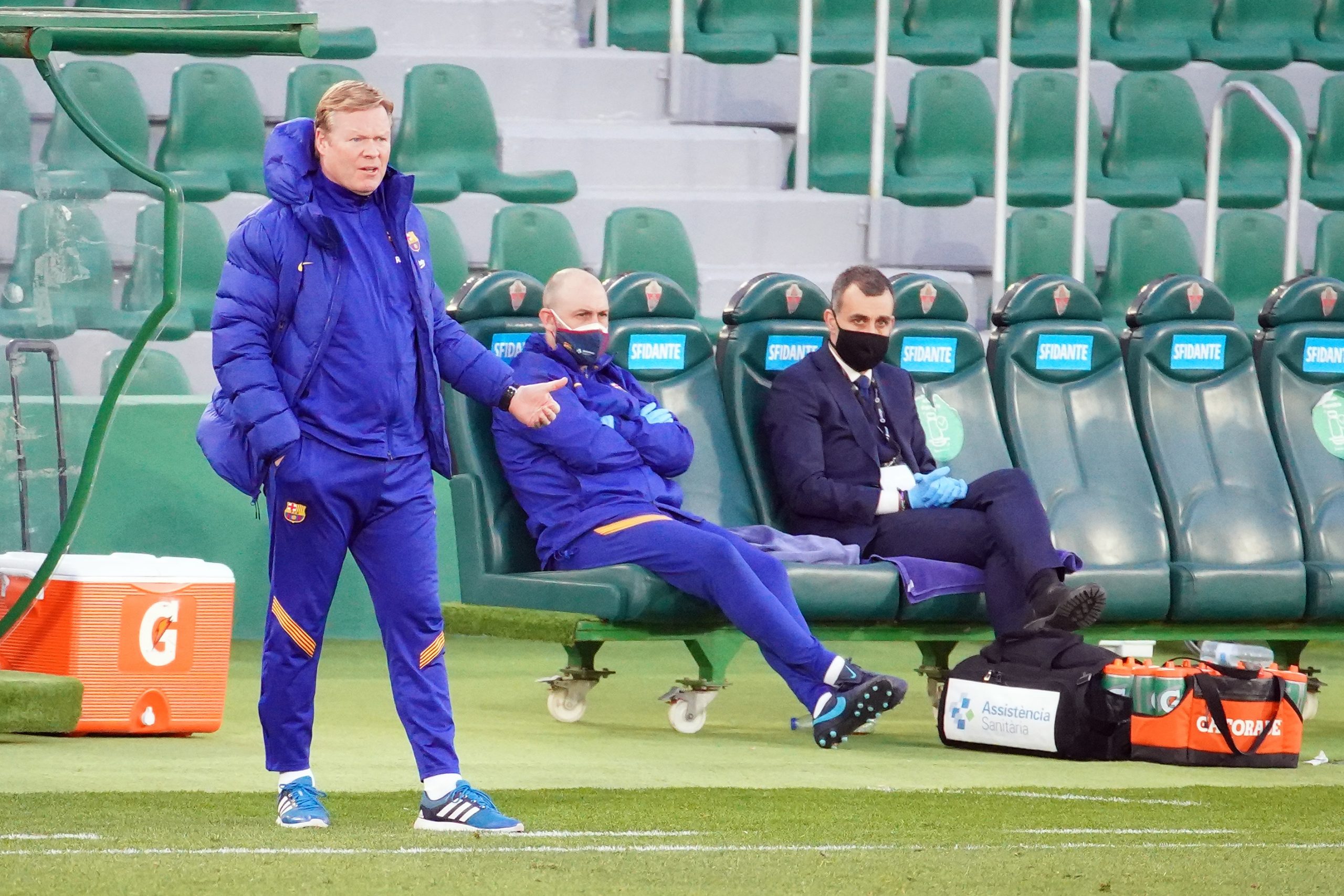 Barcelona enter the midweek in the hope of building on their victory over Athletic Bilbao at the Camp Nou, where Lionel Messi and Antoine Griezmann secured the three points that took the Blaugranas to second place in the table. Still ten adrift of Atletico Madrid, Barça will be focusing on the Copa del Rey in the hope of clinching some silverware this season.

As the team prepares to lock horns against Granada, Ronald Koeman addressed the media for the pre-game press conference.

On the importance of the CDR this season: “Competing in all competitions is not easy but we will continue trying to win. In the Champions League, there are no favourites. Our job is to think and analyze the games one at a time. The team’s ambition is to win trophies.”

On Messi’s contract leaks: “It is absurd that we are still talking about this after 3 days. I liked Leo’s reaction and of the team.”

On Fati and Piqué: “Hopefully, they can recover in time for the games against PSG, but we don’t know for sure. They are on the road to a complete recovery, so we will see.”

On the controversial season: “It is a complicated time at Barça. I have already said this more than once that I don’t mind being a spokesperson, but we need a president. Barça needs a president.”

On Samuel Umtiti: “Umtiti has been out for a long time because of an injury. He has recovered well and we are counting on him. Every player has to prove his worth and no one knows what the future might hold.”

On the team: “It is a season in which we are in a transition. Barça, as of now, might not win a lot of things. We have to be realistic – looking at where we have come from, the changes we have made and the young players we play with.”