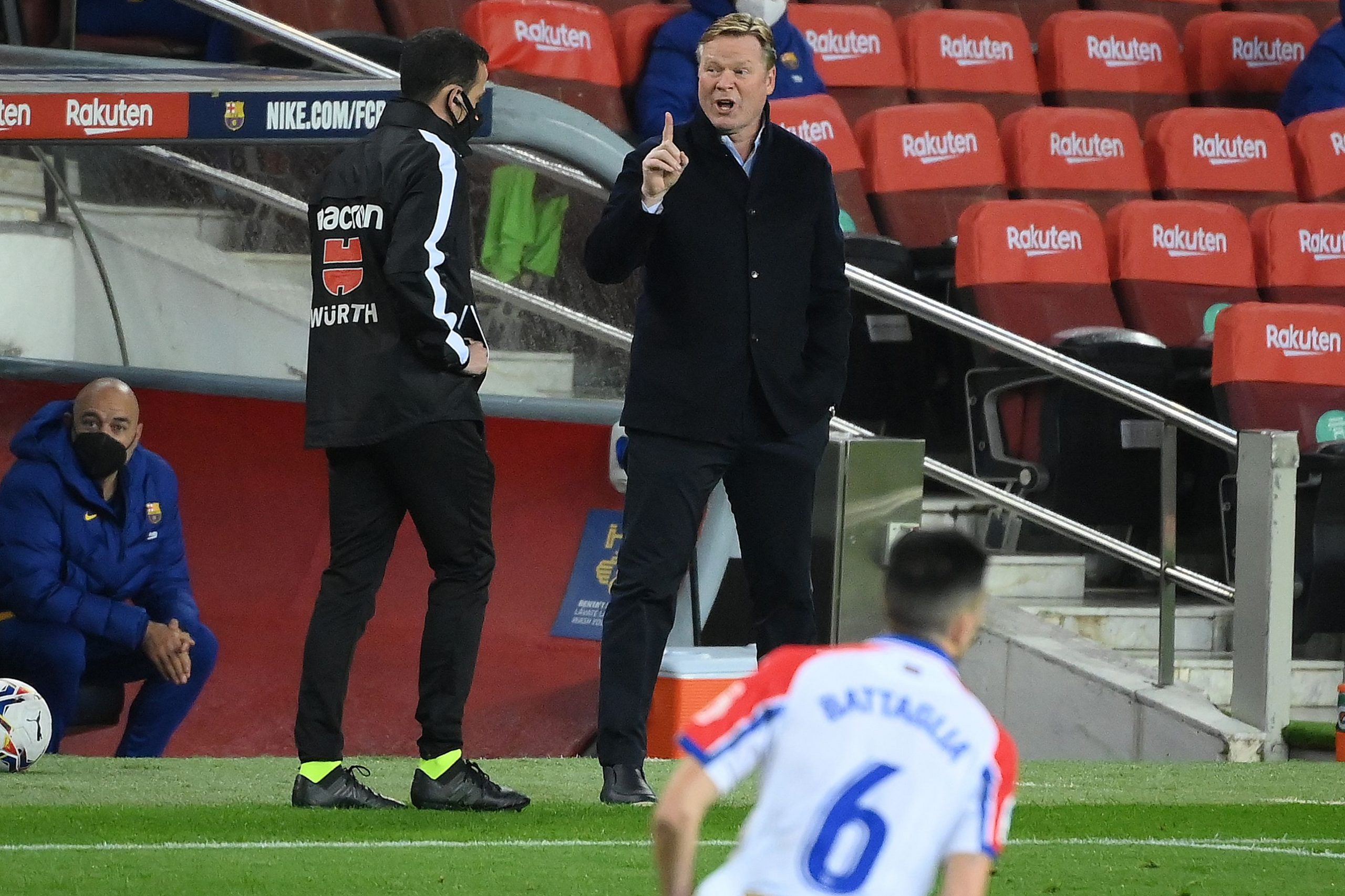 It has been over three months Barcelona hit five goals at the Camp Nou. The last of these special encounters came against Real Betis in November. Since that, though, a lot has happened, but Ronald Koeman’s men continue to grow stronger with each passing game. Yesterday’s showing against Deportivo Alaves stands as proof of the same.

Following the sensational performance and an incredible second-half, Koeman addressed the media as part of his post-game press conference.

On the game: “I liked the team’s dedication. In the first half we weren’t good. But after they scored the 2-1 we got into the game, and we were able to let some players rest. Trincão did very well.”

On Riqui Puig: “Riqui? He’s improving in many things, he has put in a lot of energy during the game. He played from the beginning and was very good.”

On Moriba’s error leading to goal: “Moriba? It’s something to learn from. You can’t make such a horizontal pass, but he’s young and has to learn.”

On the offside goal: “I always listen to my staff on the bench, we have images, and they said it wasn’t offside.”

On the game against PSG: “I see the tie fairly even. We are in a good moment and we will have to be very good in every way to be able to win against them because they’re a great team.”

On Lionel Messi: “Messi is happy. When we connect with him between the lines and the rest of the players run, everything is easier for him.”

On Fransisco Trincao: “Trincão? Having confidence in yourself is very important. You have to accept that any player needs time to adapt. I think he’s very involved, he’s training very good.”