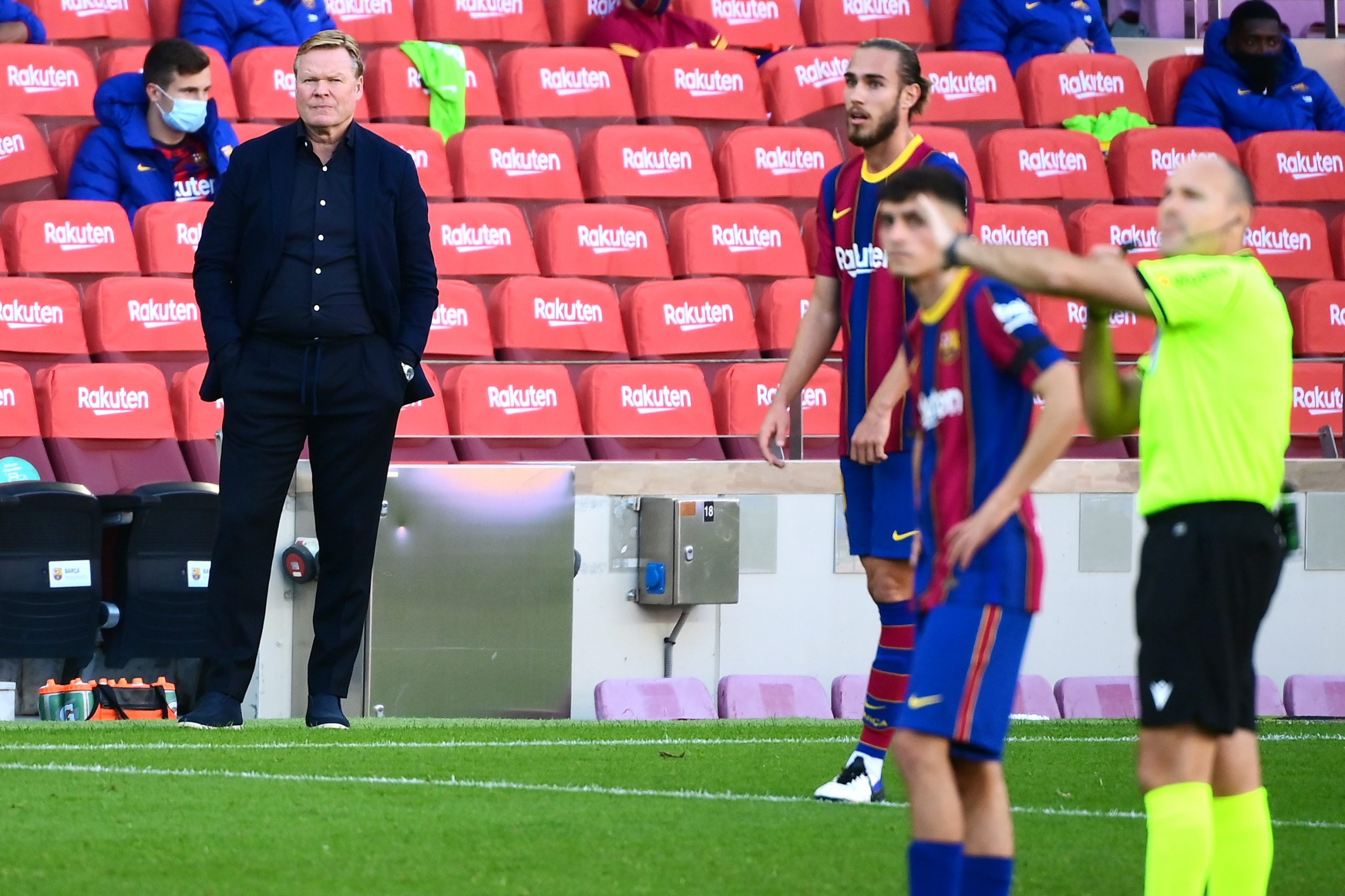 Ronald Koeman spoke following his team’s impressive 4-0 win against Osasuna. After a rough start to life in Catalonia, Koeman needs wins like these but has to win against bigger opposition.

“We have 6 games left to finish the year, 4 at home. We cannot lose anymore. Yesterday we saw that if you’re not doing well, you lose. It’s a very long season, and a lot of things can happen.”

The Dutchman’s plan is to finish first by the end of the year. With Atlético firing on all cylinders, the 57-year-old’s goal might be too unrealistic. However, if he can steer the ship and be in the top 3 by Christmas, things will not look as dull at Camp Nou.

Lionel Messi’s homage to the late Diego Maradona moved the whole planet. The Argentine felt astonishingly sad in training following the minute of silence and he wanted to pay a worthy tribute to his idol. His goal accompanied by his celebration was the perfect way to do it.

“Messi’s tribute? It was a great moment, first the move and then the gesture he made for Maradona.”

Barcelona has already been suffering a lot from injuries this season, especially in the defence. This time, Lenglet had to come off after an injury in his ankle. Even though the injury looked quite bad at first impression, the Dutchman explained that it is not very serious.

“I’ve talked to Lenglet for a moment with the doctor. It looks like the injury is not very serious, but we have to wait until tomorrow. I don’t know if he’ll get to Wednesday’s game or not, we have to wait.”

“I talked to Mingueza because he lost two balls and that can’t happen. He played a good game, but he has to correct some things.”

Oscar Mingueza is a promising and competent defender. However, now that he is the only fit centre-back at Camp Nou, he cannot afford to learn from his mistakes. Koeman, as a former defender, might be the one to coach him and make him improve the low amount of shortcomings he has.

It is up to Koeman to show improvement. The Blaugrana coach has been stubborn in his tactics and playing Pedri as part of the double pivot was heavily criticised. He must improve to change Barcelona’s fortunes.