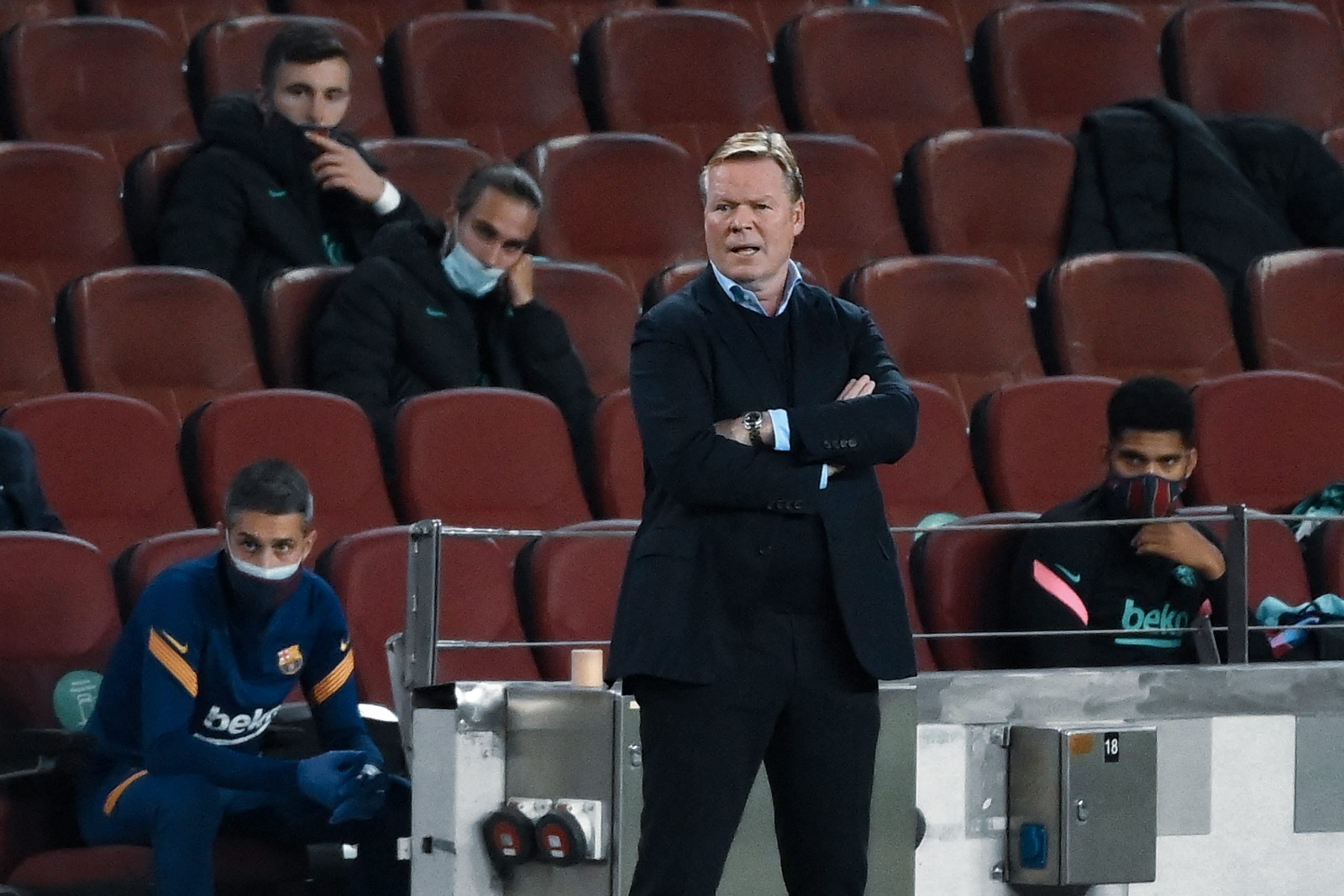 Tomorrow, Barcelona will face Deportivo Alavés back in LaLiga. The Catalans have successfully brushed aside Juventus in the Champions League but they are desperate to get back to winning ways over in Spain.

Ronald Koeman faced the media and discussed their upcoming opponent as well as his own squad in the pre-game match conference.

Firstly, he was asked about the fitness of some of his injured players, including Marc-André ter Stegen and Samuel Umtiti.

“Ter Stegen is fine but he needs a bit more fitness to play and Umtiti needs to go through a few more training sessions for me to start counting on him.”

There was also a short comment on Ronald Araújo, who went out injured in Italy.

“He is fast and strong. We count on him. He has a bright future. He has to improve in several aspects – especially in playing out from the back and his first touch – but overall, I’m very happy with him.”

Of course, all eyes are on Pedri, the youngster who dismantled Juventus in Turin and is still on the lips of many. It goes without saying that the coach is very happy with him.

“Pedri is a humble kid. It is normal for him to be praised for his game but he has his feet on the ground. We have to enjoy watching him.”

With Josep Maria Bartomeu officially gone, many believe big changes are on the way. For Koeman, however, everything stays the same – he wants to win.

“I don’t know how the departure of Bartomeu is going to affect me. I will focus on winning titles with the team and we will see who takes over as the president in the future.”

Ousmane Dembélé is another player worth highlighting. The Frenchman seems in a much better shape now and could finally start proving his worth.

“Dembélé is physically much better now. He has trained well and has played a lot in recent games. He is creative, he has got a lot of pace, he is good one-on-one, and he can play on both wings.”

The biggest controversy ahead of tomorrow’s clash, however, concerns Riqui Puig. The youngster had been dropped from the squad once again and Koeman confirmed it was a technical decision.

“Dropping him from the squad was a technical decision. In several games we have had 23 players in the squad but for me, that’s too many players. I prefer that players train well rather than travel if they’re not going to play.”

“In his time, Maradona was the best. Today, Messi is the best. The two eras cannot be compared. Nowadays, the game is much more physical and intense.”

Finally, he commented on Antoine Griezmann and the situation at the right-back position.

“I have no complaints about Griezmann. The situation is calm. There is healthy competition at right-back between Dest and Roberto. Both of them have shown their quality.”