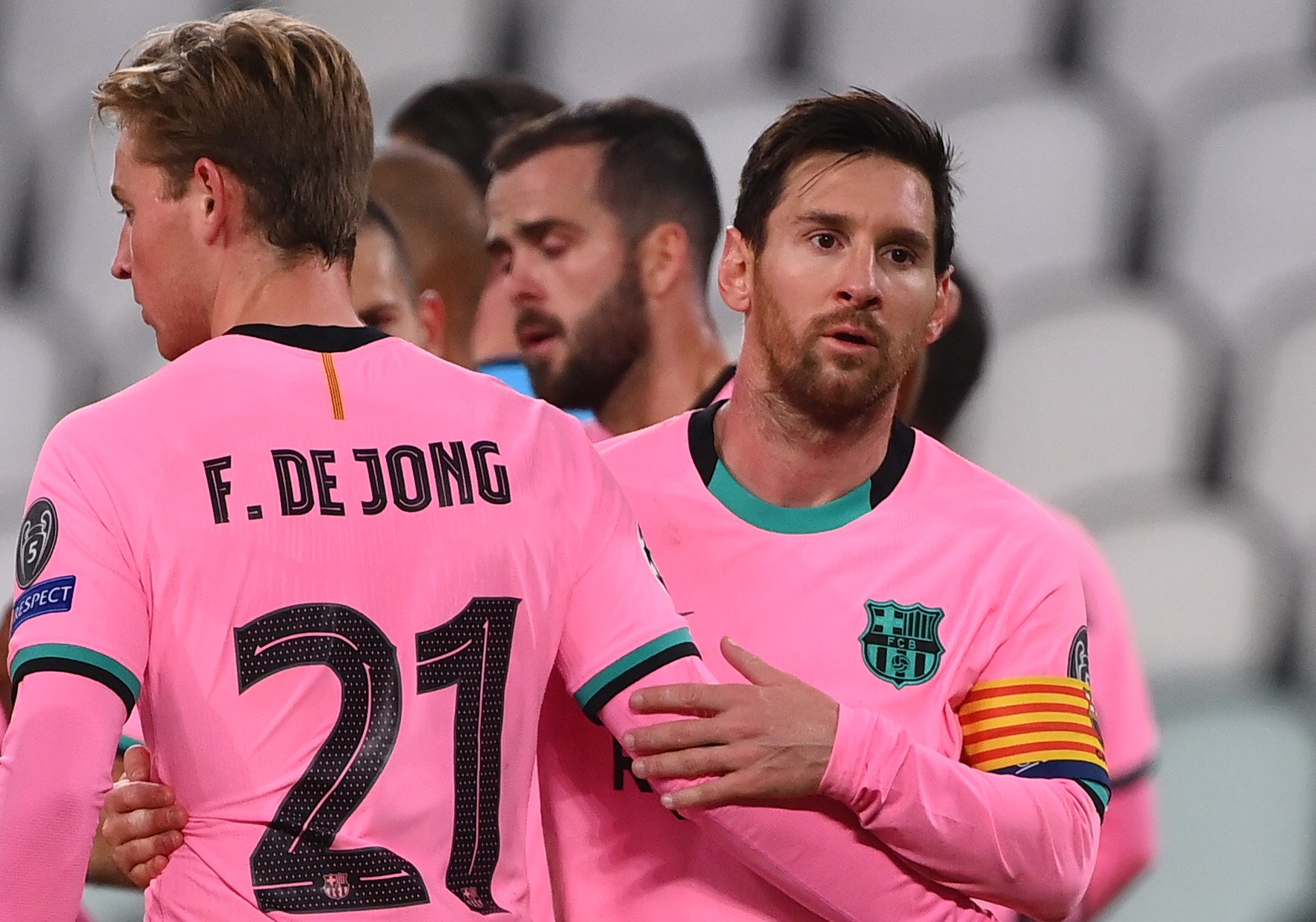 Barcelona will hope to get back to winning ways as they travel to Ukraine to take on leaders of the Ukrainian Premier League Dynamo Kyiv in the fourth gameweek of the 2020/21 UEFA Champions League.

Barcelona have amassed nine points from their three games in the competition, scoring nine goals and conceding just two. Ahead of this clash, Ronald Koeman sat down to address the media, speaking about several topics of concern including the exclusion of Lionel Messi and Frenkie de Jong from the squad list.

“We have got various players out due to injuries, and we have decided that we won’t be taking in Leo or Frenkie because the situation in the Champions League is something that is quite comfortable for us with the nine points we have got and these two players need to rest, because they have played a lot of matches and so we think this is a good moment to rest them.”

Unfortunately, that did not conclude the questions about Messi. Each passing day there are new news updates about the club captain, and his situation at the club was enquired again.

“We talk too much about Messi, he has always had a lot of influence on the performance of this club and he can still give that. I’m convinced that he’s still the player we need.”

Naturally, the question that followed was one about Gerard Pique’s lengthy injury and the centre-back situation at the club. Clement Lenglet is the only fit first-team centre-back in the squad for tomorrow, and will likely partner Oscar Mingueza in the heart of the defence.

“Piqué will be a major loss for us. A signing? There are two or three positions where we need to strengthen ourselves, and one of those positions is in the centre-back position. But today we can’t do anything.”

With Pique out, the press demanded an update on Samuel Umtiti’s and Ronald Araujo’s recovery, and how the club go about in the January transfer window.

“Umtiti has been injured for a long time, he’s training well and our intention is for him to prepare to play and be able to do so in two weeks. Araújo still has to finish recovering and Mingueza could have his chance.” Koeman continued on this, “January outputs? This isn’t the time to think about these things, we aren’t in January yet.”

Naturally, coaching Barcelona can take a lot of out a person. It is one of the hardest jobs in football, and the current situation of the club does not help either. Koeman was asked about his emotional situation with regards to the club’s performances in the league.

“How am I emotionally? We can’t be happy with the results, but we have ambition and I’m happy to work with this group. Tomorrow is another game, an opportunity to qualify and we have to take advantage.”

Apart from the exclusion of Messi and De Jong, the 57-year-old manager was asked about the inclusion of Matheus Fernandes, who has been mentioned in the squad list for the first time since his signing, probably stemming from the absence of any natural defensive midfielders.

“There are injuries, but Matheus is training well and deserves to be on the list.”

On the topic of coping with injuries, Sergino Dest was a talking point, who’s involvement in games has kept on reducing since his exemplary performance in the Champions League.

“Dest still has to adapt, he trains well and with the injuries we have, he’ll be important.”

Ronald Koeman’s press conference ended with a question about the club’s status in the Champions League, which is quite contrary to that in the La Liga, where they have won just three games out of a possible eight.

“It’s not easier for us to win the Champions League than La Liga. I’m convinced that at the end of the season we will be fighting for La Liga as well.”