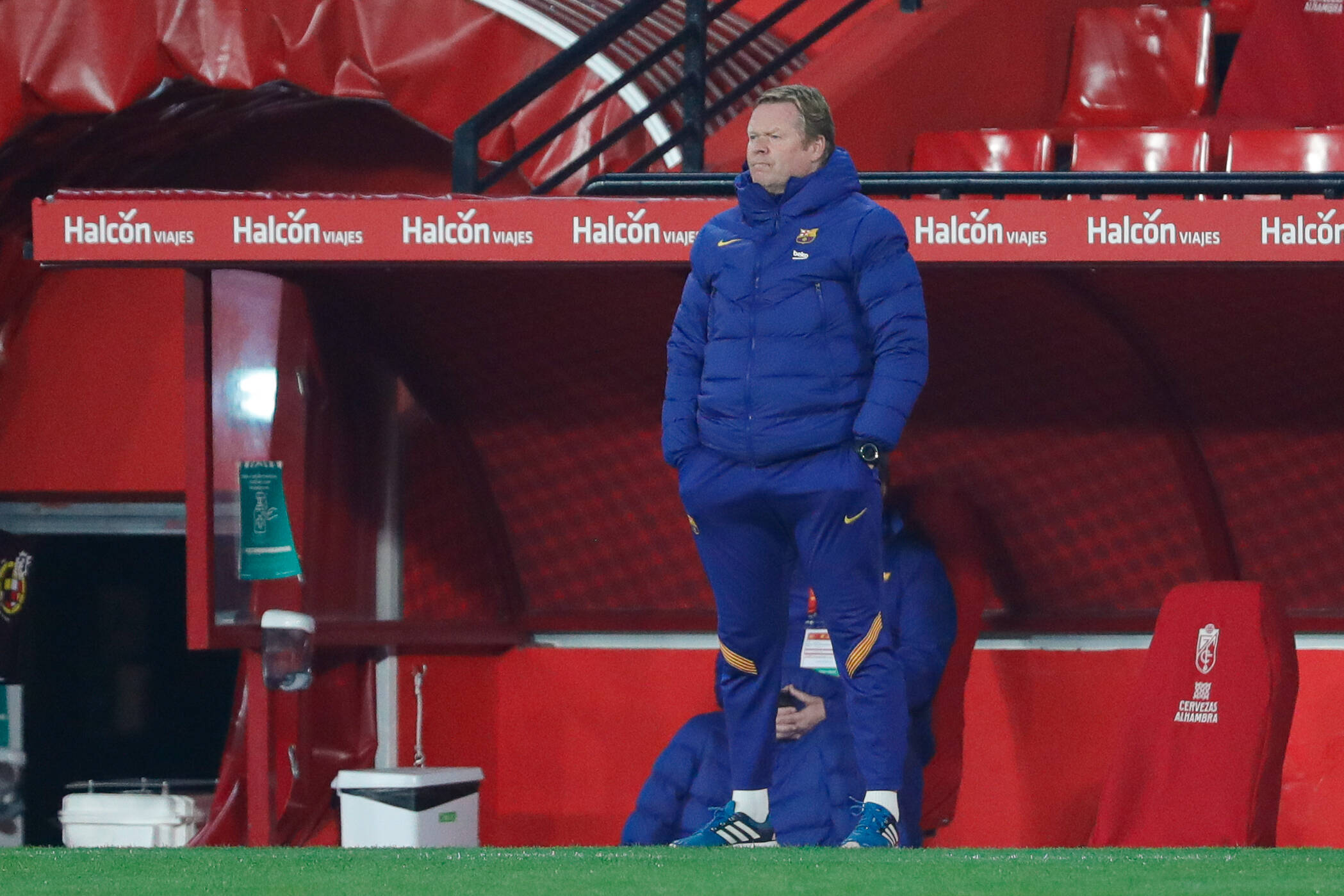 Barcelona will return to Andalusia on the back of a trip to Benito Villamarin where they were able to overcome Real Betis despite going down just before half-time. This time, though, the task is steeper, as Sevilla host the Catalan outfit for the Copa del Rey semi finals first leg.

Ahead of the game, Ronald Koeman spoke to the media for his pre-game press conference. Barça Universal follows the quotes.

On the encounter: “It is true that Sevilla have won a lot lately. For us it is important to get a good result tomorrow. I’m sure they have analyzed us well and it will be a great game.”

On the latest injury concerns: “They are not physically ready. I only call up players who are one hundred percent ready. You don’t have to take risks.”

On using Frenkie de Jong as a CB: “If we put Frenkie as a CB, we will lack something in midfield, but we have to decide. If we can, we will use a CB who is used to playing there.”

On PSG pressursing Messi to join: “I don’t know why they do it. If they want to talk about Messi’s future, let them talk. Rudi Garcia seems to like to be in the press a lot. It’s not important to me. We focus on playing.”

On the importance of the CDR: “We want to win everything. I want to highlight the mentality of the team.”

On the team’s mentality: “The team’s confidence has risen. We concentrate better than now. We give everything to reverse the situation when we have problems. I give the team a 10/10 for now.”

On using Camp Nou as a vaccination center: “It is such an important issue globally, and if we can help, we have to help. I am in favor of helping in any possible way.”

On Oscar Mingueza: “He has improved a lot. He has had the opportunity to be with us and has played many games in different positions. But he has room for improvement. He is doing things very well.”

On Umtiti: “Physically, he is well and has options to play. Considering his past, we are always aware of his physical condition and we have to think about it. But he has shown his quality as a CB in the games he has played.”

On the improvements in the team: “I’m learning a lot this season. We’ve changed things for the team and the club. We’re on the right track. We help the youngsters play, without forgetting that we have to win.”

On the first leg being away: “I always like to play away first then at home.”

On the possible return of Araujo against PSG: “We do not rule it out, but we have to wait to see how he recovers from his injury. We won’t set a date. We will take the freshest players and play match by match.”

On Sergino Dest: “Sergiño trained, but he continued with discomfort. We said that we will leave him out of the squad list.”

On whether Messi is the best in history: “It is always difficult to say because times change. But what Messi has done is nothing short of incredible… the number of goals and titles with Barça.”