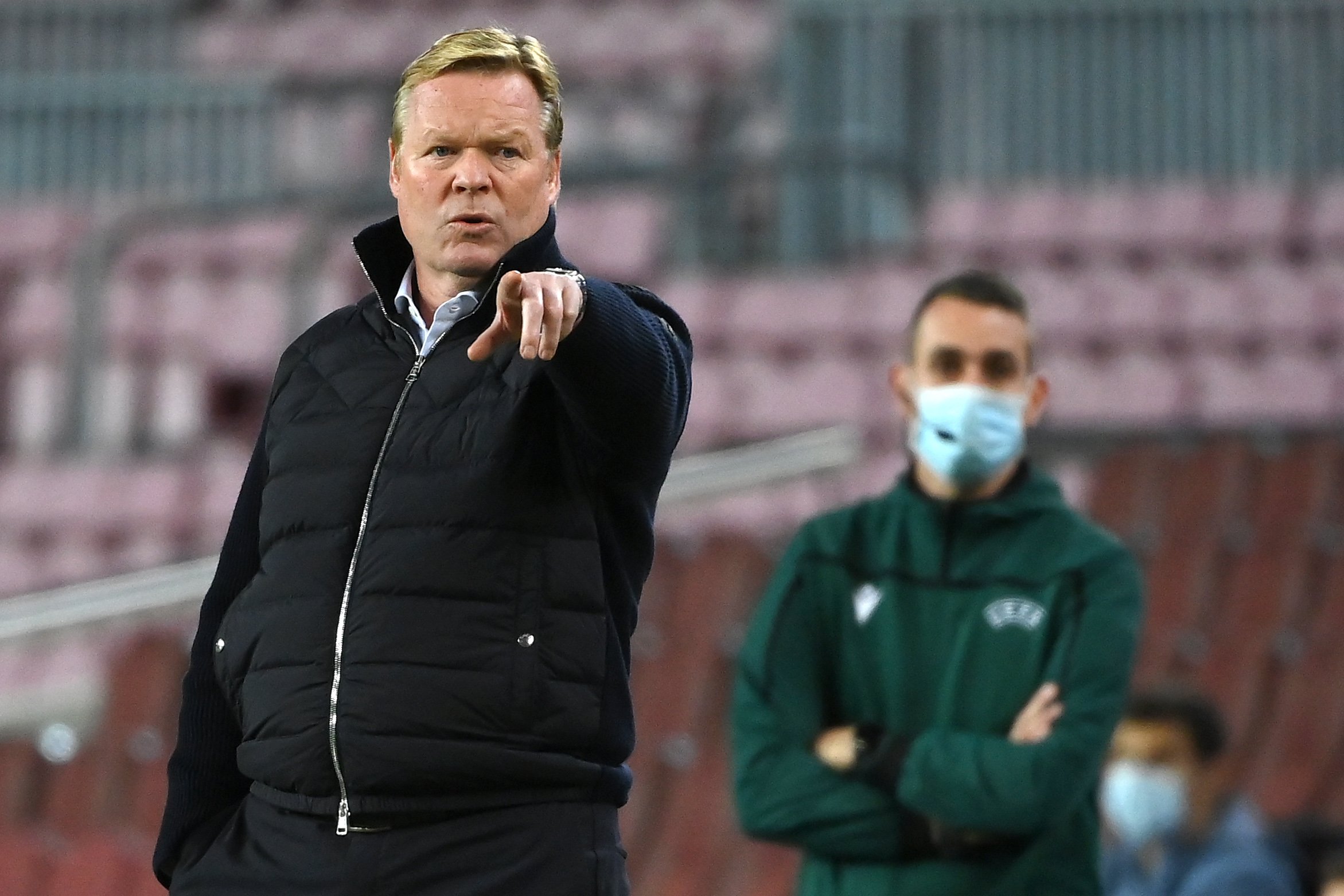 The International Break is finally over and the return to club football could not be more spectacular for Barcelona fans. The Catalan giants will be travelling to the Spanish capital to face an unbeaten Atletico Madrid in the 10th gameweek of the La Liga season.

Ahead of the star-studded clash, Ronald Koeman sat down to address the media as part of this pre-game press conference. Naturally, the first question Koeman had to answer surrounded the Lionel Messi – Antoine Griezmann controversy.

“We have to respect players like Leo Messi. Asking him questions about his relationship with Griezmann after a very long trip is very disrespectful.” The Dutchman continued on this forefront about their relationship, saying, “I have not seen a problem between Leo and Antoine. This is just an attempt from the media to create controversy.”

The room full of journalists were also interested in what Koeman had to say to Messi’s answer, and how it may translate into his decision to leave or stay. The Messi transfer saga, after a brief pause, has continued this month, with reports of him leaving the club as early as January sparking fire.

“I am going to defend Leo. If I have a 15 hour trip back to Barcelona and I was asked those questions he was asked, I would be frustrated. Again, I hope Messi stays at Barça because what he has done here is extraordinary.”

He finally put the questions about the club captain to bed, for the extent of his press-conference at least, saying, “I don’t see Messi outside Barcelona. I will not answer any more questions regarding Leo.”

Another topic of concern lately has been the treatment of fan-favourite Riqui Puig, who has managed to amass no more than 11 minutes this season. Despite the exclusion of Sergio Busquets from the squad, who picked up a knee injury against Switzerland, Koeman gave no hints about Puig, and his involvement for tomorrow, reiterating what he has been saying all season.

“Riqui is one of the players that need to work hard in order to get minutes. He has shown that lately by training very well. He will play when he deserves it.”

Among the several other miscellanies discussed, the return of Philippe Coutinho tops the list. The Brazilian has been included in the squad list for the first time in a month after picking up a hamstring injury in training after the game against Real Madrid.

“We’re happy that Coutinho has returned without problems. He’s a very important player. We will talk to the medical staff to see if he is fit enough to play tomorrow.”

The former Everton manager also spoke about the exhausting schedule awaiting Barcelona this season, expressing his anger about late night games quite explicitly.

“I don’t understand why we play games at 9pm! It doesn’t help anyone. Teams that play at this time get home very late, especially now since we have matches every 3 days.” He continued on this topic saying, “Tomorrow is a very important match, and we must get a good result. The season is still long and many things could happen.”

The press conference was concluded a question about his former teammate and legendary Barcelona coach Pep Guardiola who signed a 1+1 contract extension with Manchester City this week. The return of the Spaniard was largely talked about topic among Culés and Presidential candidates alike, but his renewal would seemingly conclude it all.

“It’s very important that Pep continues as a coach. He’s a reference for all managers, and I’m happy for him. I congratulated him on his renewal yesterday. If he is happy, I’m happy.”