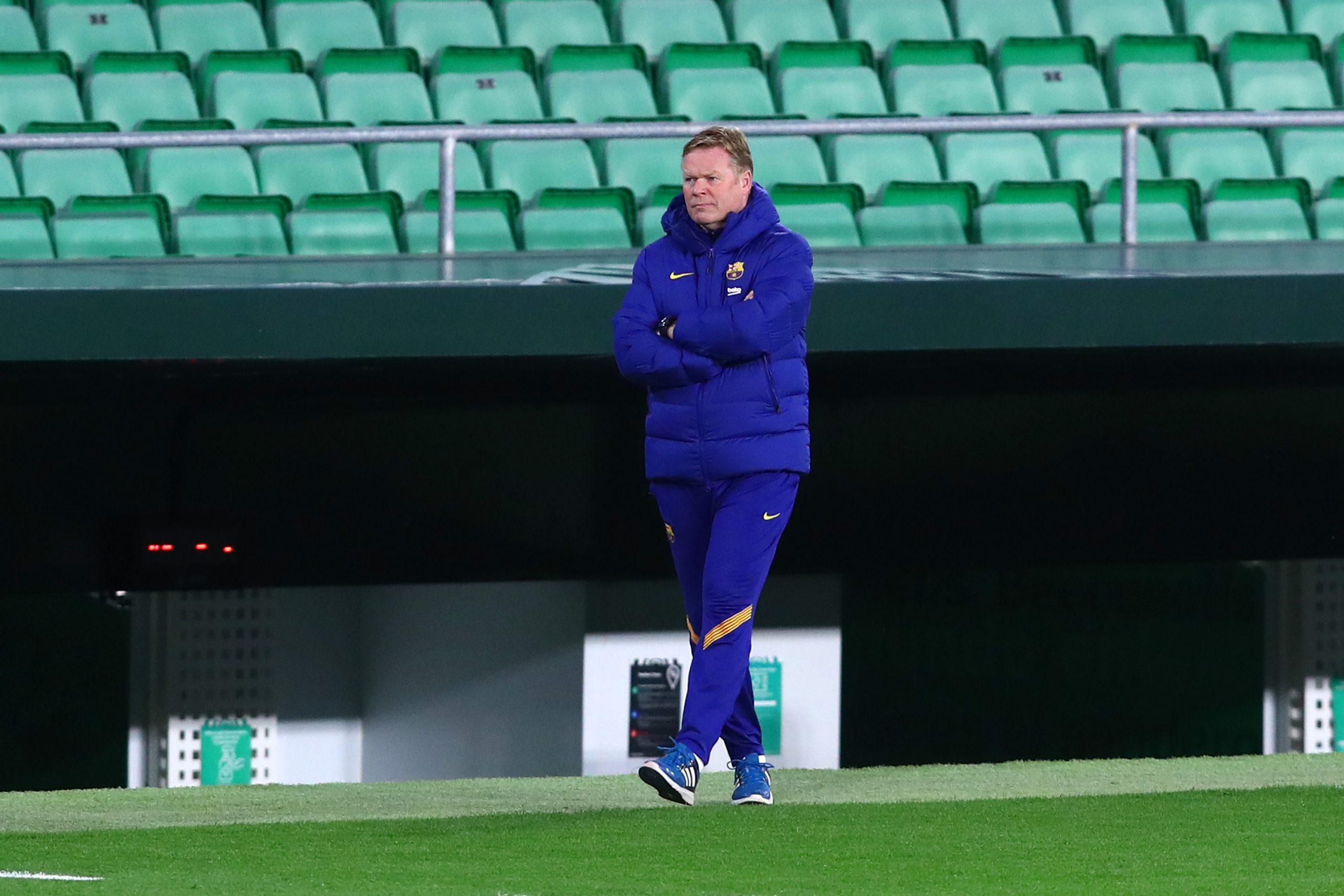 The fixtures continue to come hard and fast for Barcelona, who seem to have started to trip over imaginary obstacles, creating pressurising situations for their own selves. After a near-faultless start to 2021, Sevilla and PSG found it almost too easy to break through Barça’s shelves, registered comfortable first-leg leads.

This weekend, Cadiz, too, took advantage of Barcelona’s vulnerability. An 89th minute penalty was one of the two shots they took, but ’twas enough to record a 1-1 draw. Up next for the Catalan giants is Elche, currently stuck in the relegation zone — a rescheduled fixture from gameweek 1.

Ronald Koeman spoke about the fixture as part of his pre-game presser, saying, “Elche are fighting not to relegate and it will be a difficult game. I don’t know if Elche will play as far back as Cádiz did, but they got the most out of the game.”

All eyes will be on the starting lineup to see if Clement Lenglet starts, but Koeman believes that it is simply a poor patch for an otherwise top athlete: “I spoke to Lenglet this morning, he’s a great professional and he takes everything very personally. But as I said, we also made a lot of mistakes in attack, we could have made a second goal and with a 2-0 lead, such a play is not so decisive.”

When asked about if the club is looking at any one of Erling Haaland and Kylian Mbappe, Koeman said, “Haaland or Mbappé? That will depend on the new President. We have to focus on ourselves. Important games are coming up.”

Despite continually dropping points when under pressure, the Dutchman believes that the league is attainable and they will continue to fight for it: “We can fight for the league.”

Having played against them twice this season already, two more games against Sevilla await the Garnet and Blue. One in the league, and another away in the league. “The next two games are very important. We also know we have to go back to play for the Copa del Rey… I don’t think a game is more important than another, we can fight for both competitions.”

Barcelona’s performances started to flounder as soon as Ronald Araujo had to hobble off against Real Betis. As fans desperately await his return, Koeman gives them hope, “Araújo is getting better, but he won’t be there for tomorrow. We’ll see how he is next week.”

When asked if Lenglet will start against Elche, Koeman did not drop any hints, even though everything right now reflects at him being benched for one of Samuel Umtiti or Oscar Mingueza: “Lenglet starting tomorrow? These are decisions that have to be made as a coach. A player has to be convinced, show confidence in himself, and it also depends on the physical condition of the player, not only of Lenglet, but of everyone.”

Finally, Koeman commented on the Jeremy Mathieu’s comments saying that there is a lack of leadership in the Barcelona dressing room right now and that the club direly missed Xavi: “There are leaders, there are captains like Piqué, Roberto, Busquets and Messi. There is enough personality. They must lead the way and are important to show young players where we’re going.”