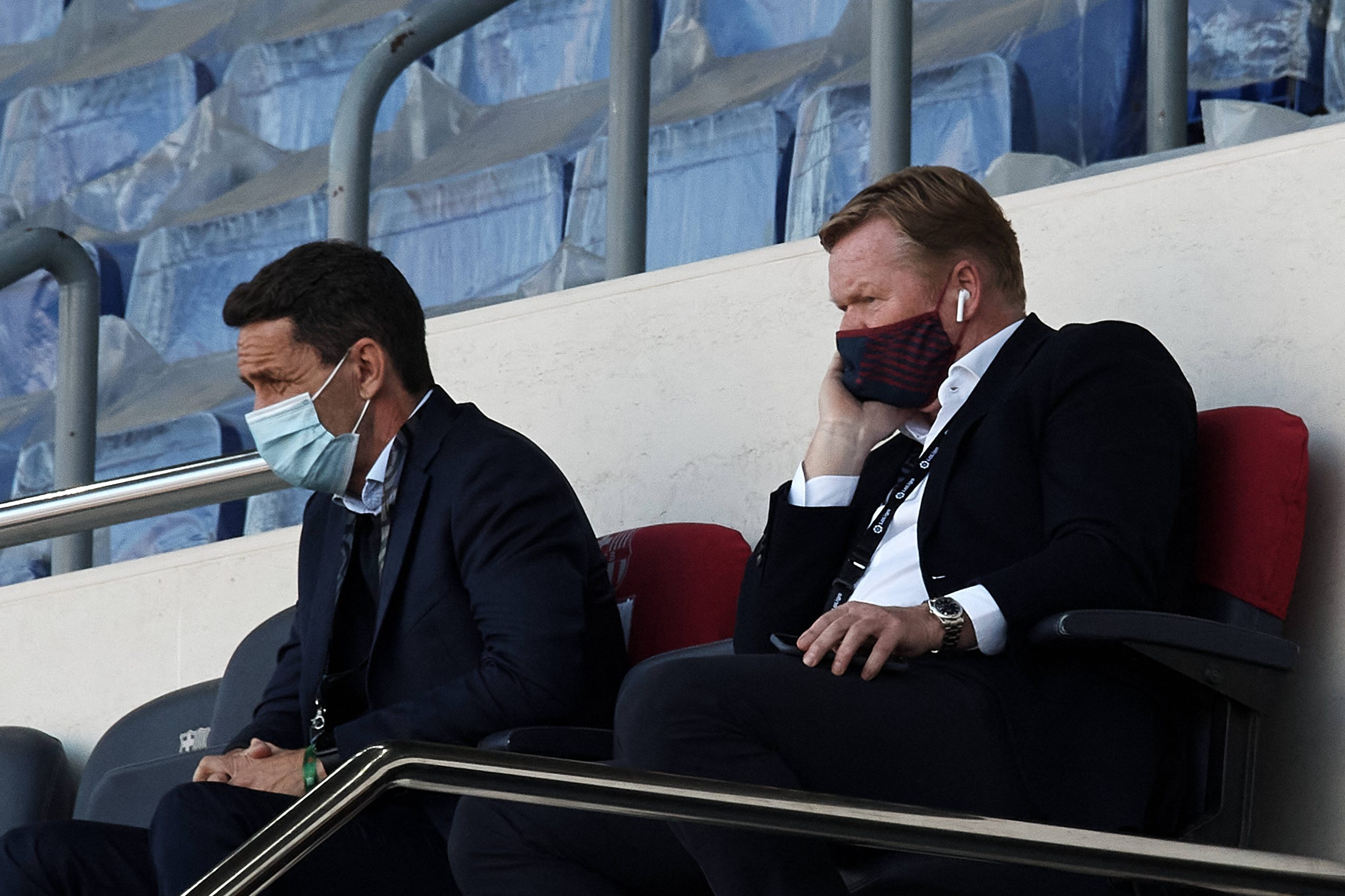 Barcelona’s La Liga charge may be over, but they still have two games to play before the league can call curtains on the domestic season. Next up is Celta Vigo, who have proven to be a huge challenge for Barça over the years. Last time the two sides met, though, was in the second gameweek of the season, ending in a 3-0 victory for the Blaugranas.

Ahead of the clash at Camp Nou, Ronald Koeman addressed the media as part of the pre-game presser with his future still hanging uncertain.

He started off with words of optimism, calling for more belief in the team, saying, “The important thing is to believe, continue and try to win all the games that remain. We know that we have it very difficult but we have to continue.”

Laporta and Koeman were seen together sharing a meal, but when asked about the meeting, the Dutchman refused to share details: “I cannot say a lot about the meeting with Laporta. Of course we have commented on the latest results, the situation of the team and we have agreed that we will evaluate everything when the season ends.”

That said, he expressed his desire to continue at the helm for Barcelona, saying, “I can and want to continue as the Barça coach if I have the maximum confidence of the club. We will talk about it after the season. It will be time to talk. I want to continue, I am happy, I see room to improve things and we’re on a path that won’t end this year.”

“In my opinion there are many positive things this season. To say that everything was perfect and two weeks later everything is horrible, I think that’s not fair,” he continued.

With the season still hanging in the balance, Koeman claimed that he was not thinking about the future, saying, “I’m not going to think about what could happen. For now we have agreed to talk when the season ends. Then I can answer this question.”

The former Southampton coach also claimed to have the support of the Barcelona dressing room: “I feel very supported by the dressing room and this is always complicated because there are players who play a lot, and there are also players who don’t play a lot. I always try to make things clear, I talk to the player, I make decisions and I think about the Club.”

Oscar Mingueza will temporarily return to the Barcelona B team ahead of their promotion play-offs against UCAM Murcia, and Koeman was asked about him missing the game: “I have let Óscar Mingueza go to the B team for tomorrow. I think the player must be thanked because he wanted to help his teammates for promotion and we must value him.”

When asked about possible transfers for the summer and the area of weakness, Koeman said, “It’s not yet the time to talk about what we want to strengthen for next season. We have to respect the players we have and when the season ends we’ll talk. Now we have to win.”

Koeman seemed to have his information in order about the season and commented on their chance-generation in the season saying, “We are the team that generates the most chances to score together with Manchester City. It’s true that there are things to improve, such as the effectiveness of the midfielders.”

The media asked Koeman to share words of encouragement for the Barça Femini team, who play a Champions League final against Chelsea on 16th May. He said, “The women’s team? They have improved a lot. I have seen some games and I think they are on the right track to show off even more. The possibility of winning the Champions League is important for them and for the club. I would say: enjoy and win.”

The biggest bomb of the presser came when Koeman commented on his treatment in the media, saying, “In the last two weeks I have felt a little mistreated. You have to analyse the entire season. I don’t agree with the media saying we did a bad job.”

The presser ended with Koeman admitting the team needs Ansu Fati back: “We also miss Ansu.”