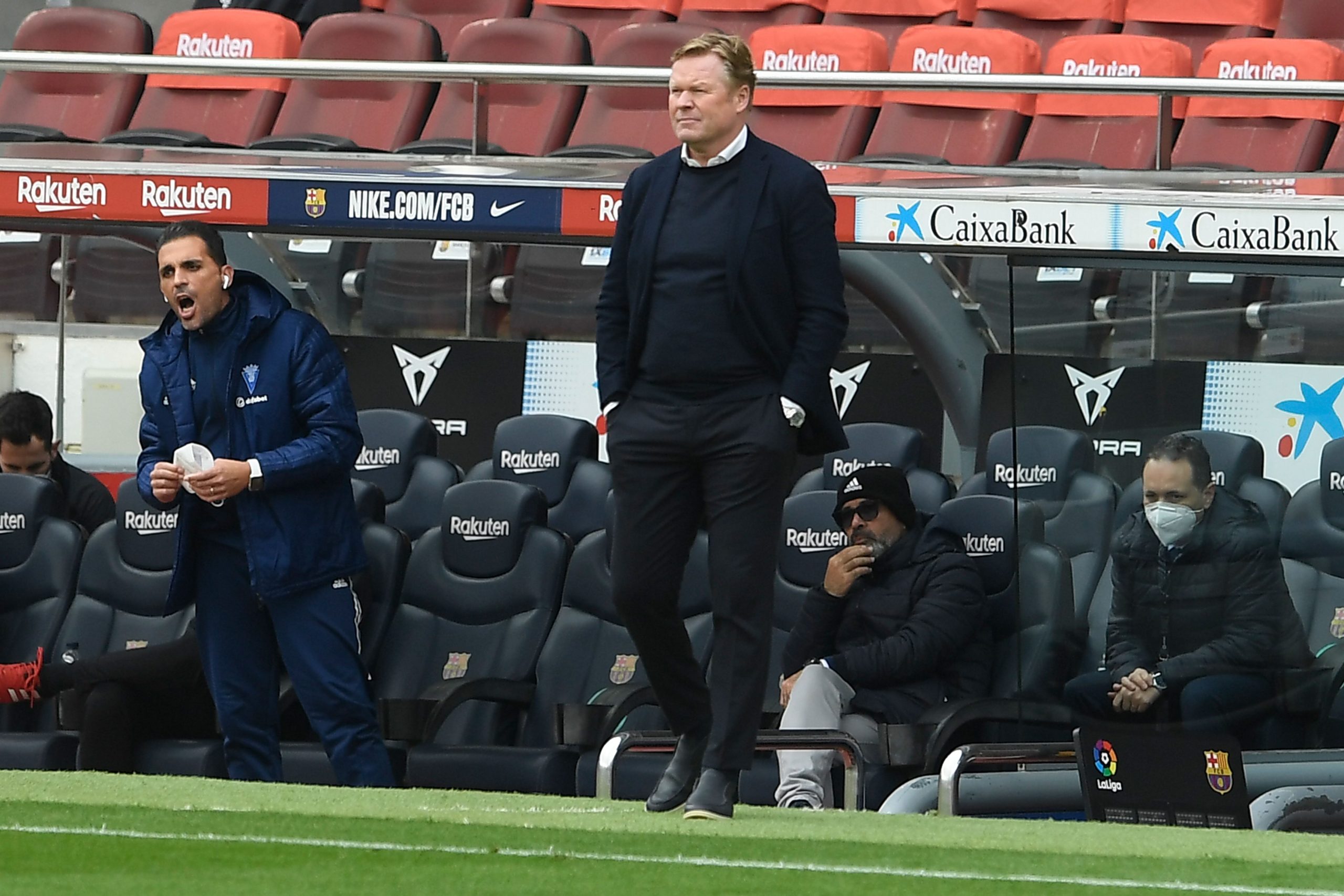 There were several fingers raised on Ronald Koeman’s decision to start the same lineup that was embarrassed thoroughly against Paris Saint-Germain in the Round of 16 of the UEFA Champions League no more than three days back. Clement Lenglet, who was on the end of three individual errors leading to goal that day, headlined the defence yet again with Gerard Pique as Oscar Mingueza watched on from the bench, eventually giving away the penalty (his third this season) that led to the draw.

Following another mistake today, Koeman came to Lenglet’s rescue in the post-game presser, as any mature manager would, saying, “I don’t like blaming players individually, it’s always a matter of the team. Cádiz has defended in their area, and in attack we haven’t lived up to it, although we’ve created opportunities.”

However, he reverted to his questionable style of criticising referees and VAR, suggesting that the penalty may not have been completely fair: “I think it was a very doubtful penalty, but hey, it can be given. For a defender it’s important to know where you are and the situation of the play. Surely the defender doesn’t have to risk that, but I have to analyze it better.”

Barcelona had the chance to close down the gap with Atletico Madrid, who dropped points against Levante on Saturday. They could not live up to the pressure, yet again, failing to convert chances, and crumbling in the last minute. Koeman commented on the same, saying, “We couldn’t score the second goal to have peace of mind. We dropped two points. I’m disappointed.”

He continued on the same beat, talking about how the team failed to live up to the expectations everyone had for them, and comparing this game to the one against Paris on Tuesday: “Maybe I’m more disappointed than I was on Tuesday. We had a good dynamic at home and it was a game to cut distance. It was a game where we didn’t have many problems and it’s a game that the team has to win because of its quality.”