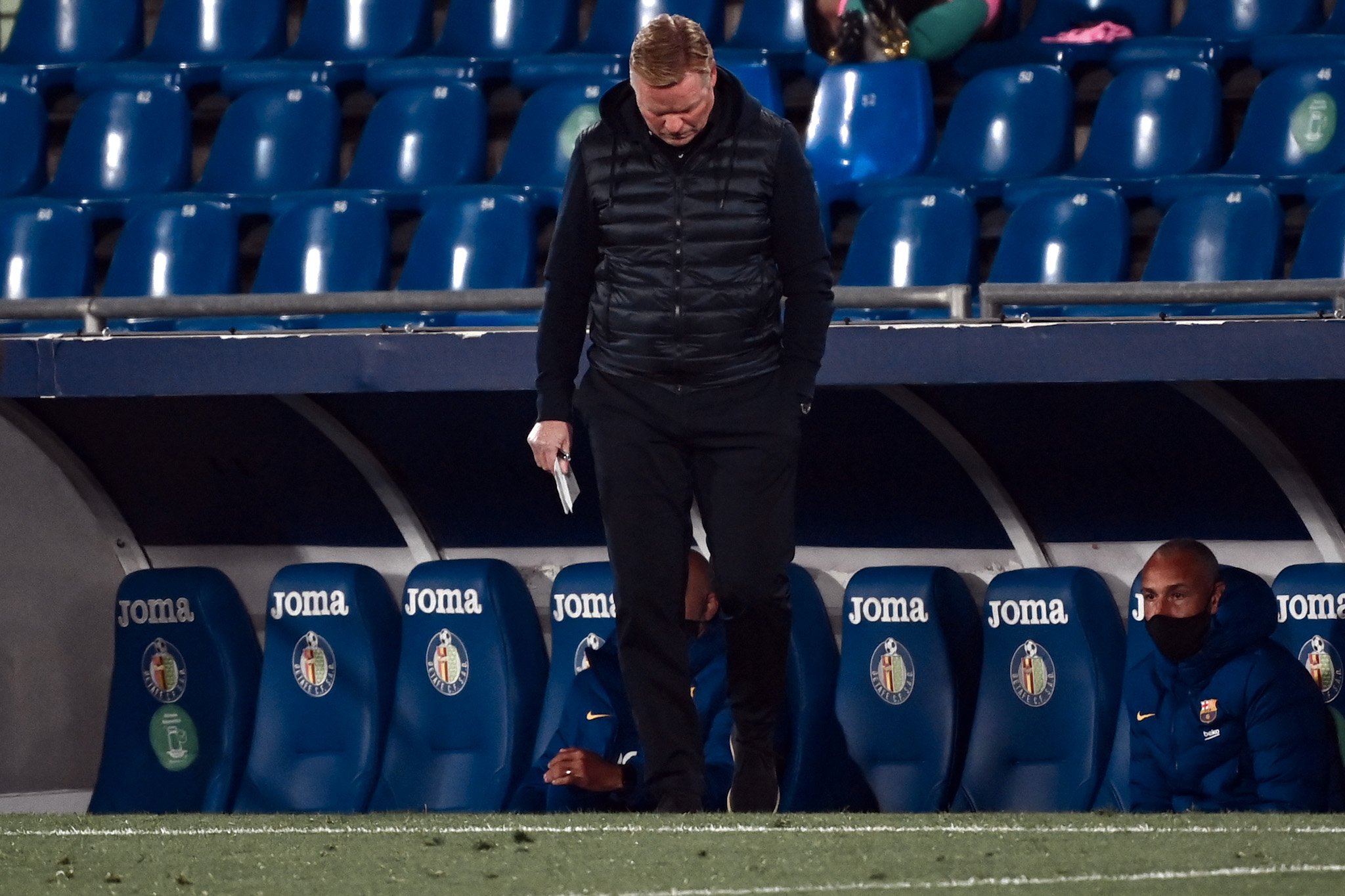 Ronald Koeman spoke in the post-match press conference after tasting defeat for the first time with Barcelona. The Dutchman believes that the problem was ‘getting into a rhythm’ due to the many fouls committed by Getafe (a total of 20), and criticized VAR.

“There have been many fouls and we couldn’t get into a rhythm.


“The referee slowed down the pace of the game and it was very difficult for us to score.


“I don’t know if there was VAR tonight.”

Koeman also explained why Coutinho did not start tonight against Getafe, praising Pedri:

“Pedri is a great player and he showed that he has the quality to play for Barça. We gave Coutinho a break because he played a lot of minutes.”

Griezmann, who have been struggling for a long time with the Barcelona shirt — despite performing on elite level with France — was again on the radar. Koeman was already expected to use him in a different position, and so he did:

“Griezmann? I’ve said many times that we have a lot of quality upfront and the players can play in more than one position. Today we put Griezmann at 9, it’s important to be able to make those changes.”

A lot of tough games are upcoming for Barcelona, with the Champions League group stage game against Ferencvárosi and El Clasico being the first two on the list, and Koeman will certainly need to improve.