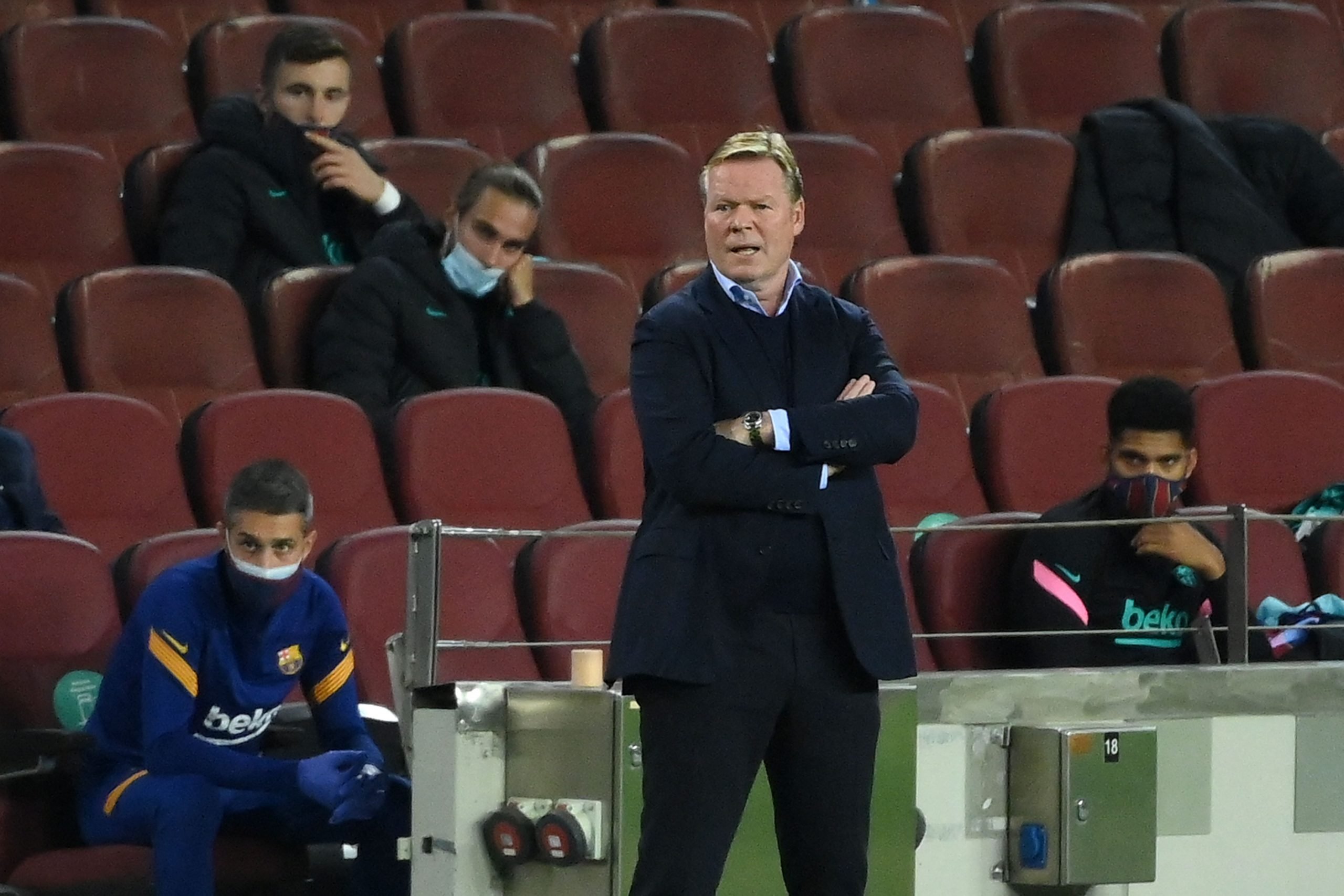 Ronald Koeman has spoken in the post-match press conference after a stunning performance from his team in the Champions League. The Dutch coach managed to beat Ferencvaros 5-1, and explained that he is satisfied with the overall performance, despite a drop in their level from time to time.

“I’m happy with the result. I think that we played some good football in some moments, but there was a drop in the level too in other moments. Today we showed that we have players who can score.”, the 57-year-old said.

Koeman was asked about Antoine Griezmann, who stayed on the bench for the whole game for the first time this season.

“There is competition in every position, and this is beneficial for the team.

“Griezmann hasn’t played, it means nothing in the face of El Clásico. Each game we choose the best XI possible. We’ll see, on Saturday we have another game.”, added Koeman.

Even though the Dutchman earlier said that Messi is not ‘on his best level’, today, the Argentine left Koeman fully satisfied:

“If there were doubts about Barça’s goals, today we have shown that we have players who can score them, with a great Messi who has given two assists, if he plays like tonight I can’t complain.”, he said.

Miralem Pjanic returned to the line-up after fully recovering from the Coronavirus, and Koeman added his thoughts on the Bosnian player as well:

“It was difficult for Pjanić to pick up the physical pace at first but, little by little, he has improved. He’s a player who can be important to us.”

Ansu Fati and Pedri have written history by becoming the only two 17-year-olds in history to score together in a Champions League game.

“We can be very happy with the evolution of Ansu and Pedri. They will soon be 18 and they’ll have a great future at this club.”, said Koeman.

“Patience. This team needs to improve, it’s still early days, there are many young players, but the improvement will soon be noticed.”, concluded the Barcelona coach.

Koeman’s real test will be on October 26, in his first Clasico with the Catalan club.