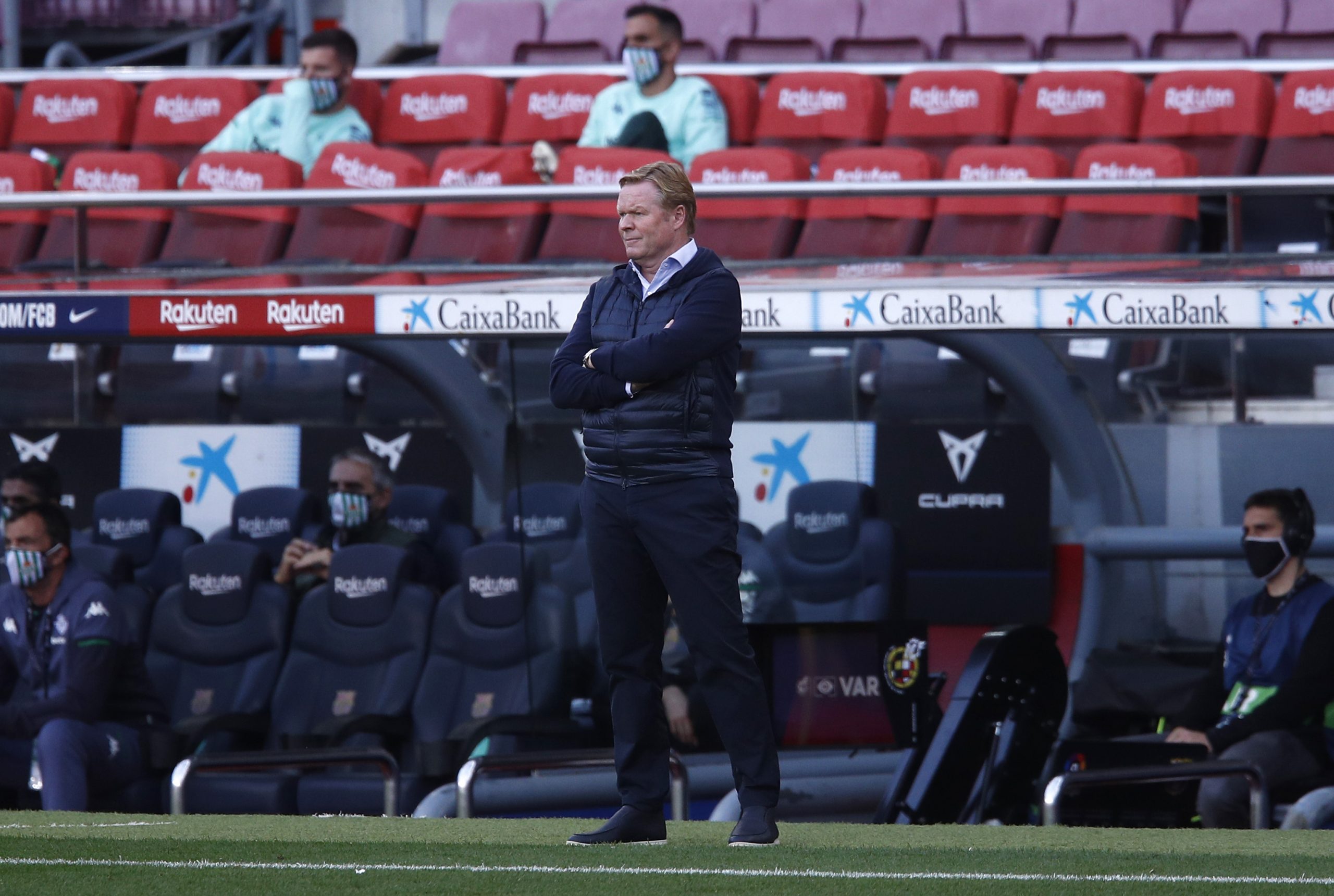 Ronald Koeman spoke following his team’s thumping win against Real Betis. The Dutch manager was relieved as his side broke their duck of four games without a win.

First, Koeman wanted to congratulate his side’s level. The players had to convince their fans after a run of games where they disappointed. They had to prove a point against Betis, and they all did:

“I congratulate my players’ great level, especially in the second half.”

“It was an important win, especially after going four games without victory.”

“I understand the criticism of only winning 2 points from 12, but our performances were good.”

While the points collected in those four games were nowhere near good enough, the team had been decent. Against Real Madrid, Sevilla or Alaves, Barcelona had dominated but they just were not clinical enough. This win, even if there was a lot of bad finishing, showed Barça could score many goals and dominate the adversary.

“Leo was not fit enough to start today, but of course his presence in the second half was really important.”

“Messi suffered from a little bit of discomfort after the game against Kyiv. He wasn’t fully fit to start, so I discussed the idea of starting him from the bench.”

After playing an insane amount of fixtures for club and country, Lionel Messi getting tired was bound to happen. After October’s international break, La Pulga played all 90 minutes of every game prior to the Betis one. Resting him was important and gave the opportunity for players like Ousmane Dembélé to shine.

Speaking of Dembélé, Koeman is ecstatic with him. The Frenchman scored a wonderful goal and Aissa Mandi had to block his shot with his hand. After a few injury-plagued seasons, the winger seems more fit and confident than ever. It is refreshing to see and his coach could not be happier with him:

“Dembélé is physically at his best.”

Alongside Dembélé, Antoine Griezmann was another major talking point. The Frenchman missed a penalty but scored a tap-in tonight. Overall, Griezmann’s game was decent, and he deserved much more. However, this goal after the one against Alavés last week, mus restore a bit of confidence in him. In fact, Koeman hopes the whole team will gain confidence after such a win:

“I hope Griezmann continues working and putting in effort. He knows he misses a lot of chances, but he has a lot of self-confidence.”

“Griezmann has self-confidence. He was unlucky and did not score, but he does what he is supposed to do.”

“We needed this win to restore confidence and the peace within the team.”

This win is much more representative of the Dutchman’s ideologies. Nonetheless, the team still suffered defensively and conceded twice. At some point, he has to find solutions to his defensive woes.