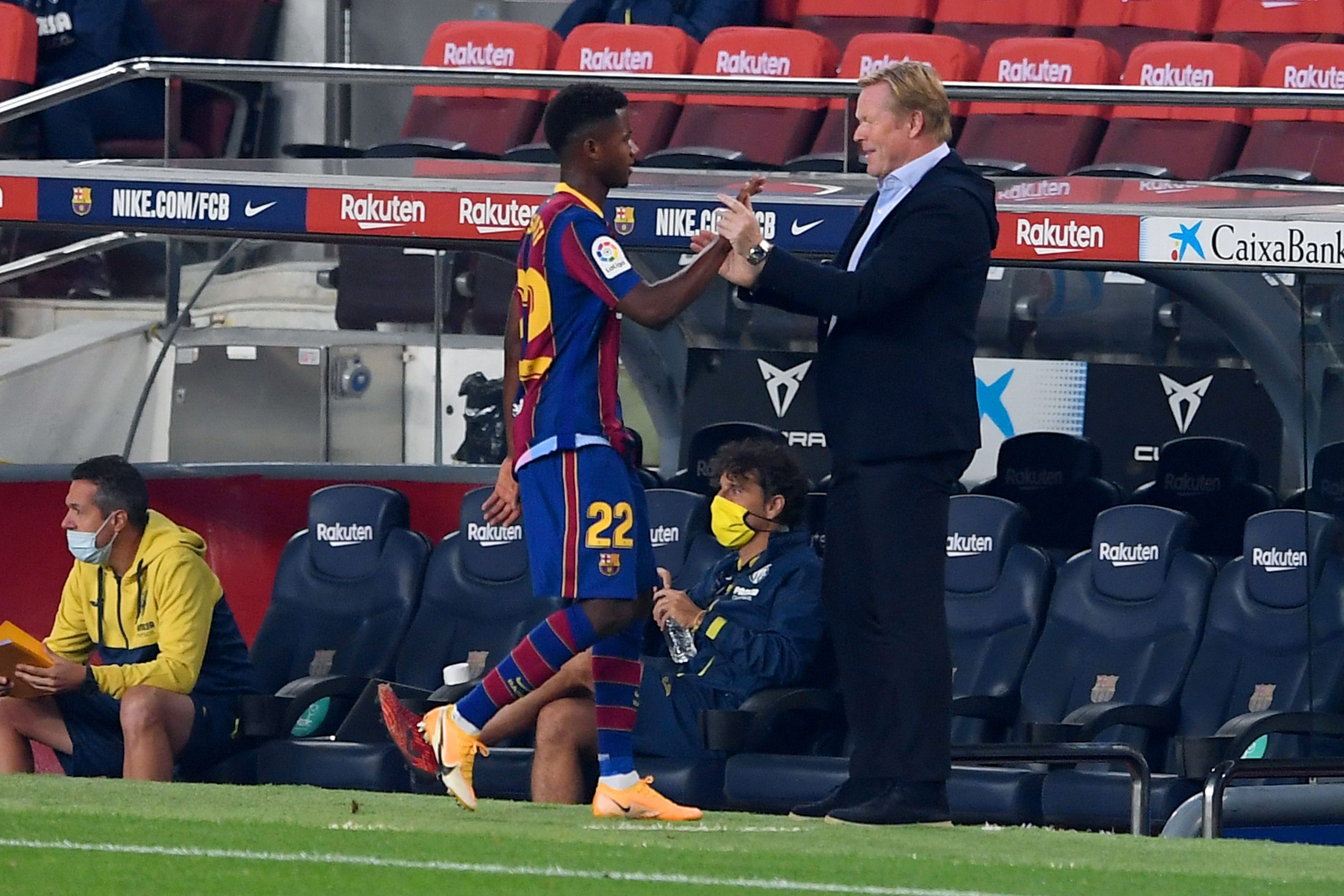 Barcelona have finally started to come around to the idea of having Ronald Koeman at the helm for their club. It took several months, a change in system, and a delay in elections, but he might just be it for a while. Not only has he improved the mentality of the club, which was visible against Granada, he has come up with a fully functioning unit with a clear cut plan for each player.

The onus is on him to maintain this run of form as Barcelona travel to beautiful Seville to lock horns against Real Betis in La Liga, matchday 22. Koeman spoke about several talking points ahead of this encounter.

On the preparation for the Betis clash: “We have played many games. Four games with extra time and many away from home. The team is prepared.”

On Ansu Fati: “Out of respect for the player, I won’t speak about his recovery. When there is something, we will talk. The most important thing is that he recovers well. He has a long future ahead of him and he has to do things right.”

On the comeback vs Granada: “I cannot deny that I was very happy and proud with the quality and attitude of the team against Granada. Football is a bizarre sport. Tomorrow is another game and what has happened doesn’t matter now. We have to show that we are on the right track.

On Sergi Roberto: “I think he’s ruled out for the first leg against PSG. He told me at half-time (vs Granada) that he had no discomfort and eight minutes later he was injured again. We have spoken and I encouraged him to recover and help the team again.”

On Lenglet: “He has played many games. We have competition because Umtiti is fine now. It is better for everyone to have the center-backs available.”

On Ronald Araujo playing multiple games constantly: “Like other players, I know that he has played many games, but we have to face another complicated week and if there is a risk, we will rest him.”