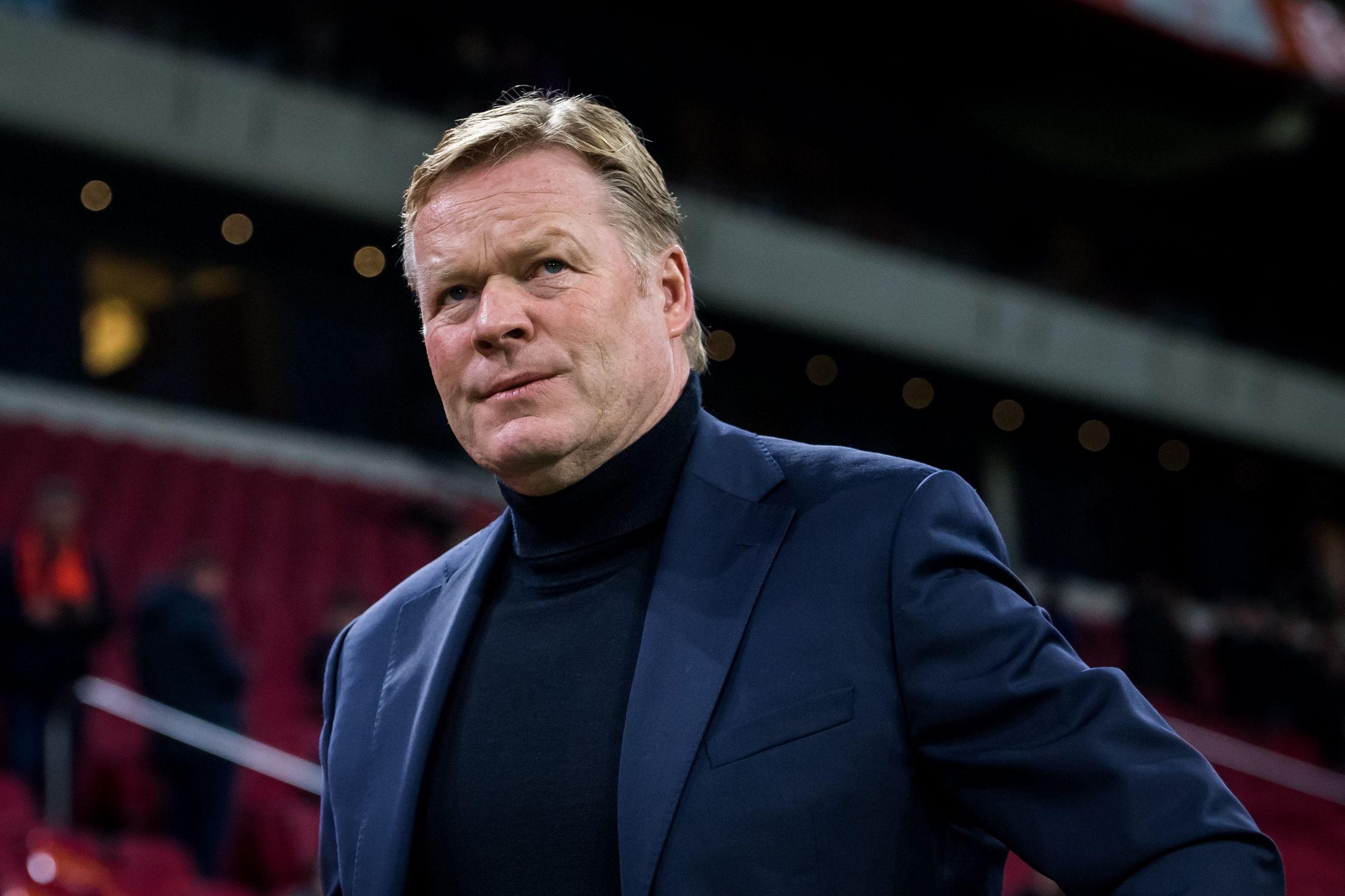 Ronald Koeman sat down to address the journalists ahead of Barcelona’s clash with Juventus in midweek in the UEFA Champions League gameweek 6. Barça are coming on the back of a 2-1 defeat to Cadiz, but have done exceedingly well in the UCL, winning all of their games till now – the only team to do it in the competition so far.

Koeman addressed a plethora of topics in his pre-game presser, starting from the team’s performances this season across the two competitions.

On Juventus, de Ligt, and the team’s performances

Barcelona have a chance to top the group for the 19th time in the history of the UEFA Champions League – the most, ever, but will have to push Juventus out of their way to do so.

“Our goal is to win every game. We want to top our group. We have a three-point advantage and we have a lot of chances to do it.”

He topped this by saying, “Tomorrow we will line up a strong team because we want to win the group.”

The Dutchman was inquired about Mattijs de Ligt, who was strongly linked to Barcelona in the summer of 2019, but ended up going to Juventus. He replied, “De Ligt? It’s a shame that he’s playing for Juventus and not here, but this happened before I arrived.”

Koeman also talked about the loss to Cadiz, and how the team and him dealt with it, considering it placed them just three points adrift of the relegation zone.

“If I lose I’m pissed off and I’ve let the players know in training yesterday, we can’t concede goals like the ones we have conceded.”

He continued talking about it and where the team lacked. “We created a lot of chances but we are not effective and we have made mistakes that aren’t allowed. We have to analyse that,” he said. “I don’t like to scream throughout the game, as a player I didn’t like it if the coach spent the game running and screaming on the wing. Having said that, we must all take more responsibility on the pitch.”

He also talked about how the team has put up contrasting figured in both competitions, saying, “Different in the Champions League? The teams in La Liga know us better and lock us up better. Had we scored earlier, the result would have been different. But we have to win those games.”

Ousmane Dembele suffered another hamstring injury following the game against Cadiz, which rules him out for 2 weeks, at the bare minimum. Koeman was asked about it in the conference: “Dembélé’s injury is one more reason why I complain about the schedule, we will lose more players because of that. I don’t know who makes the schedules…”

He built on that by saying, “Dembélé’s injury is a step back because he was fine, physically he has improved a lot and we know that he has a past with the issue of injuries.”

On Pedri, Coutinho, and Pjanic

One of the main features of the Koeman era has been his attitude towards Carles Aleña and Riqui Puig, which directly opposes his positive attitude towards Pedri. However, the 17-year-old did not start two games in a row now, which took fans by surprise.

“Pedri has participated in all the matches except against Ferencvaros, for a 17-year-old lad it’s great, because he’s deserved it. He can play in several positions, he’s a smart player.”

Philippe Coutinho was at the end of yet another wasteful performance, and was substituted at the half-time mark itself. The media questioned Koeman’s decision to play him on the left-wing, to which he responded, “Coutinho has total freedom to move on the pitch, you have to find a balance.”

Finally, the room full of journalists were interested to know about the treatment of Miralem Pjanic, who was benched yet again on the weekend, but now faces the prospect of coming up against his former team.

“Pjanić’s role here cannot be compared to the one he had at Juve, it’s very different. He arrived late here, and that has had an influence, but I have no doubts with Pjanić.”

Lionel Messi is the primary topic of concern at Barcelona apart from their performances in La Liga, and was asked about yet again in the press-conference.

“My communication with Leo is about the games, personal issues I put aside.”

Koeman went on to talk about Messi’s performances and his importance in the team, praising him loads.

“Messi is very important in our attack. Many plays come from Leo’s foot. Sometimes the easiest culprit is him for being the best player in the world, but he doesn’t make mistakes in defense.”

On the Messi – Ronaldo debate

Lionel Messi and Cristiano Ronaldo will take on each other once again, and for the first time since 2018, which is bound to create a lot of noise. Ronald Koeman answered questions which asked his opinion about the Messi vs Ronaldo debate, to which he gave a very diplomatic answer.

“Cristiano is still among the top in world football. We will have to defend well.”

Koeman concluded his press conference by saying, “Messi and Cristiano are different and both are the best of this era, hopefully we can enjoy both tomorrow night.”