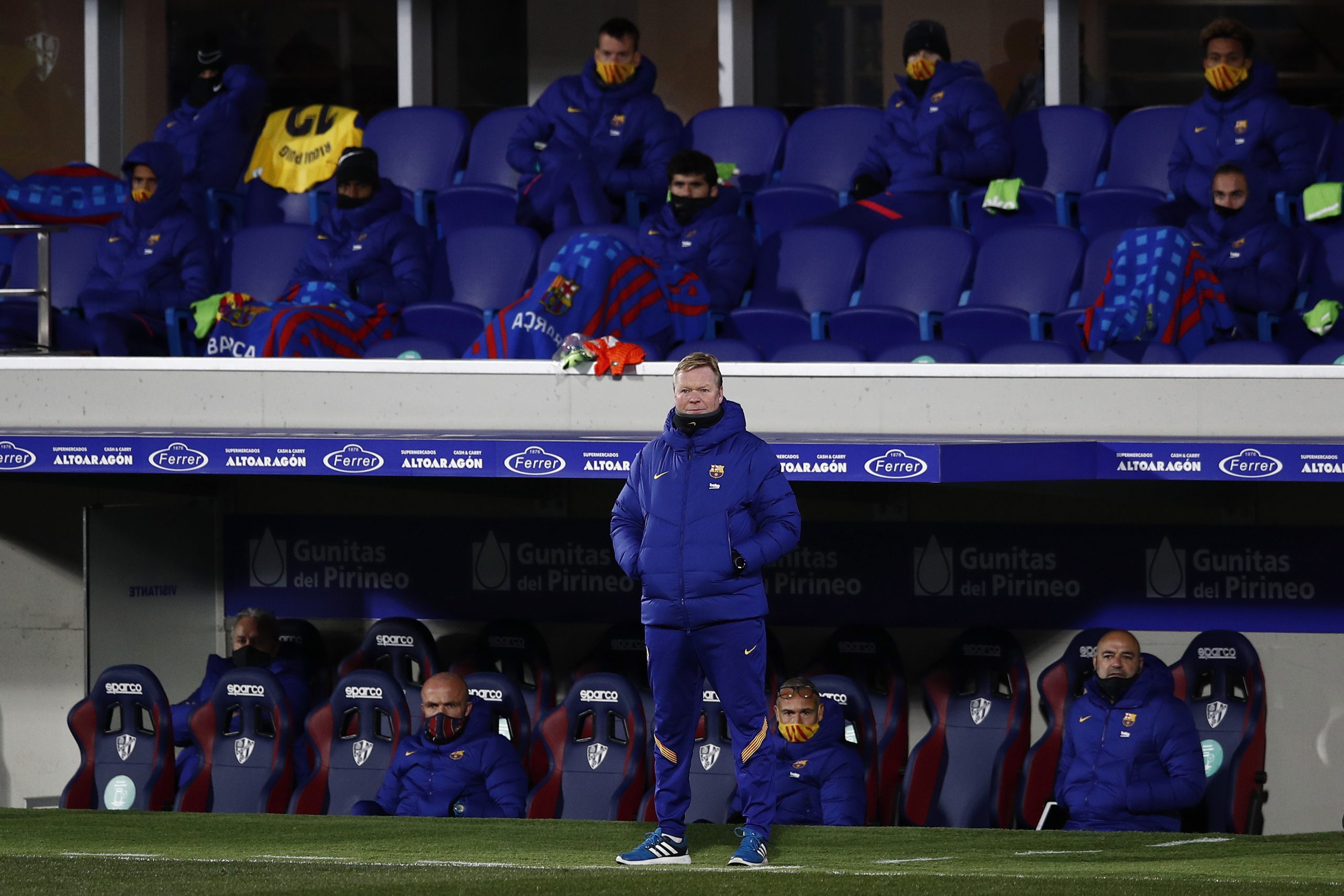 Barcelona’s win against Huesca had some major takeaways, starting from the team’s poor finishing to their inability to see games out. There was barely anything positive about it barring a handful of impressive individual performances. However, it was the first of five away games on the road, and sometimes the result is all that matters.

Ronald Koeman sat down to address the media ahead of their clash against Athletic Bilbao on Wednesday, covering a lot of topics including why Antoine Griezmann does not play, Ousmane Dembele’s improved physicality among much more.

The latest COVID scare, and the upcoming clash

On the COVID test results: “There are things in life that cannot be controlled. Yesterday afternoon they called me because there were two people from our staff who tested positive. We follow the protocol of La Liga. Thankfully everyone tested negative this morning.”

On Marcelino’s appointment and Athletic’s system: “I don’t think Athletic will change their system, Marcelino has just arrived. They are a team who always show their face at home, they are physical… I don’t think that will change. We have to be prepared.”

On the possible postponement of the elections: “If the election isn’t on January 24? If it’s because of the pandemic, it’s a reason to change the date, the first thing is health. Now, sportingly, the sooner the election is done, the better. It’s very important for the club.”

The Barcelona team and how it can be improved

On Carles Alena’s move to Getafe: “Aleñá has permission to finalise his move away. He’s a player for the future who has to play.”

On slow and steady improvements: “Little by little we will see the Barça we want. We arrived in August, we tried to prepare the team for the competition, but we have important players who are injured, any coach needs more time.”

On how the team can improve: “The team needs more goals, and it doesn’t just depend on the strikers. It also depends on the set pieces and the arrival of the midfielders.”

On January reinforcements: “All the teams and all the coaches are looking at how the squad can be improved now we’re in January. I’ve come up with a plan. Whether it’s possible or not, the club will say.”

On if and how Griezmann fits into his system: “I’ve talked to Griezmann many times. If we play with three midfielders, we have to look for the best formula up front. There’s Messi, Dembélé is well physically and has depth… There are a lot of games, we can’t always play with the same.”

On Fati’s possible return for the PSG game: “It’s difficult to put a return date on Ansu Fati, we can’t put much pressure on him. He’s a very young player and he has to recover very well. Sergi Roberto, in principle, will be available at the end of the month. they are on the right track.”

On Dest’s dip in form: “Dest? It’s true that he sometimes has ups and downs. He’s 19 years old and needs time to adapt. He has the right to make mistakes and improve his concentration and aggressiveness. I’m not disappointed, he’s a very young player and it’s normal.”