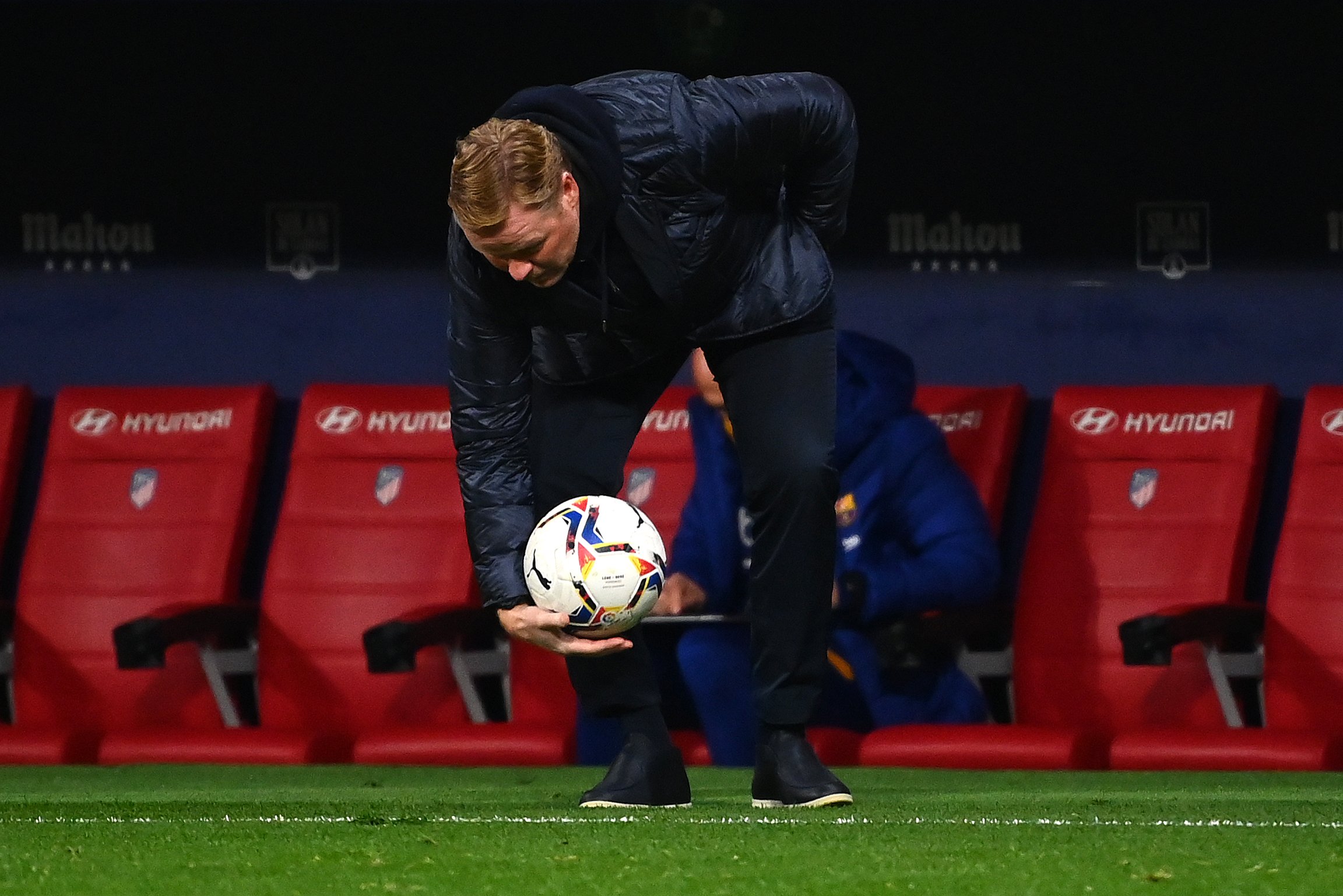 Ronald Koeman talked to the press after his side’s woeful performance on Saturday. The Dutch manager’s start with the Catalan club has been a nightmare and tonight has been worse than normal.

“The injuries of Piqué and Sergi Roberto are worrying me. We look forward to seeing the results after tomorrow to know how long they will be out for.”

“I’m worried about Piqué’s and Roberto’s injuries. We will see the test results tomorrow.”

“Araujo trains individually, and will not be available this week.”

Gerard Piqué’s injury was the last thing the Catalans needed. The defender has not been the best this season but he was still playing well enough. Without him and Ronald Araujo, there might not be many other alternatives in central defence. In Sergi Roberto’s case, Sergiño Dest will take his place but who could replace the American if he goes down?

“Like every coach, I am the one responsible. I know we have to improve and keep believing in the players, and we are working towards that. I put the best players on the field, and I think they gave everything they had.”

“I’m happy with the effort of the players, you can’t criticize that.”

Koeman sure has some improvements to make. The start to life in La Liga has been awful, and he has to take responsibility. He fielded an eleven that had a lot of potential but is not clicking. Perhaps, the problem is not the players but the lineup. The 4-2-3-1 looks too unbalanced at times and sometimes the attack too sterile. Something has to change at Camp Nou, definitely.

“We dominated in the first half and we played well. We didn’t create many chances because it’s really difficult against a team that defends so well.”

The first half was not that bad indeed. However, the second half, where the Catalans needed to score was. The locals’ low block surely was an inconvenience, but the Dutchman has to find a way around it. If the side had more firepower, they could have gone into half time leading and not trailing.