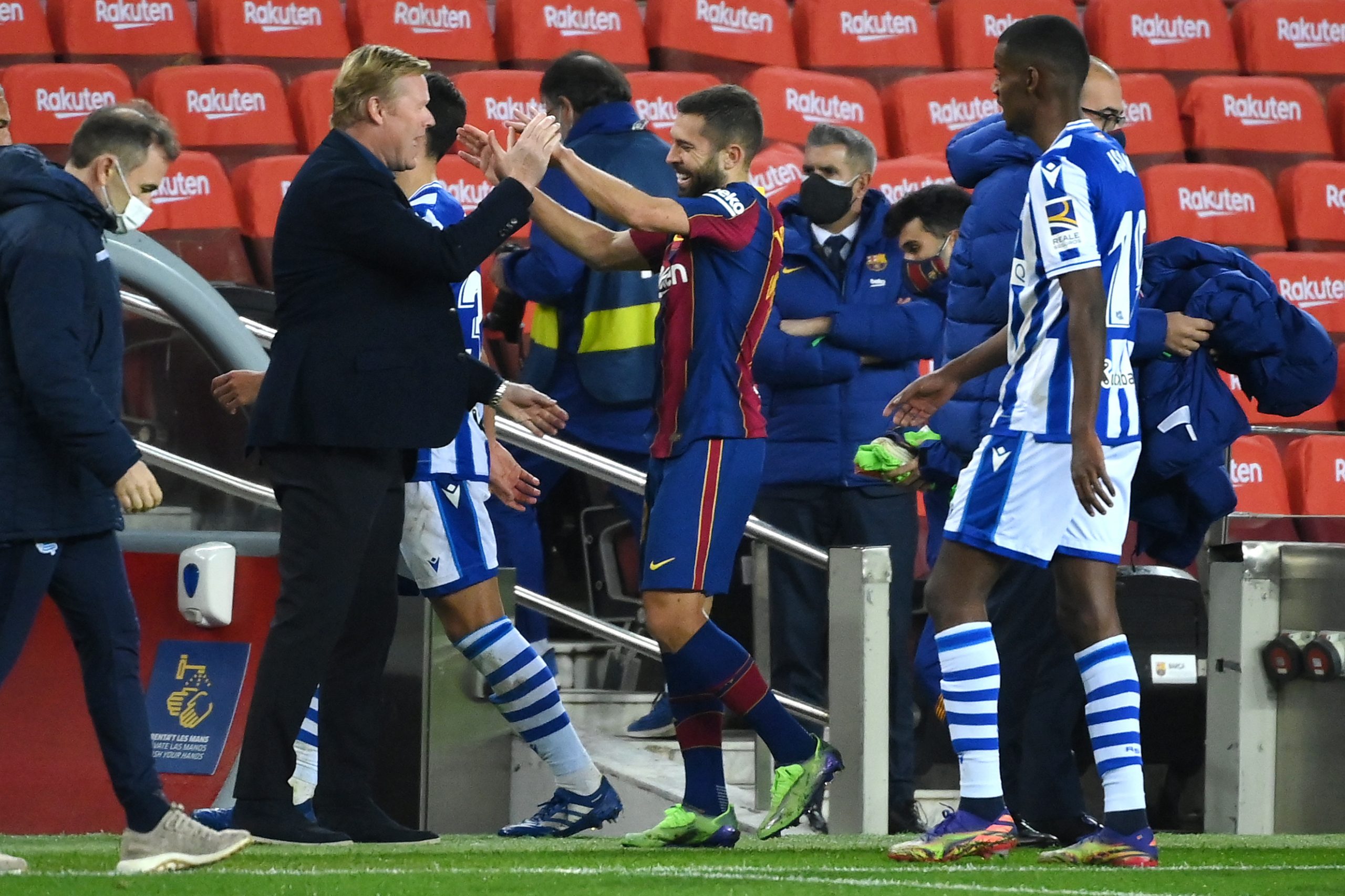 For the first time since February, Barcelona managed to make a comeback. Ronald Koeman masterminded the win against Real Sociedad, and his side thoroughly deserved the three points. The Dutchman spoke in the post-match press conference (via Barça TV+).

“The first half was fantastic. We probably played our best first half of the season. We were good on the ball and pressed well. The second half was more complicated.”

Imanol Alguacil, Real Sociedad’s coach, was also on the same page as Koeman: “We have seen the best version of Barça in defence and in aggression since a long time. I don’t remember the last time a Barça like that,” he said.

The Catalans indeed thoroughly dominated the first half, but La Real showed much more intensity in the second. After all, the win still has shown promising signs that Koeman has to work on.

“The second half was difficult because we played against a really good team. They’re not at the top of La Liga for no reason.”

“This is the team I want to see, every player has given his all. When we have the ball, we always create opportunities. Today the difference has been our game without the ball.

While the second half was not as much of an exhibition as the first, it is much more down to the visitors getting more into the game than Barça willingly backing down. Sometimes, the opponents deserve some credit for their performances as well.

Koeman was also asked about the newly-formed pair in the centre-back, namely La Masia graduates Mingueza and Araujo:

“Mingueza and Araujo know how to play under pressure. I’m happy with their performances.”

The two had wonderful chemistry in the back, highly due to the fact that they know each other from the academy already. Perhaps, this means Clément Lenglet’s time as an undisputable starter is over. After years of searching for competent defenders, it looks like Barcelona found them in their youth system.

After months of stubbornness with his system, Koeman has reverted back to a more traditional system. If he can recreate the performance against PSG in February, he might turn his team’s fortunes around. The Dutchman concluded his words:

“The attitude of the team has been very good, we have taken a giant step. We have seen a team that knows how to put pressure and we have done it in front of a team that’s leading La Liga.”