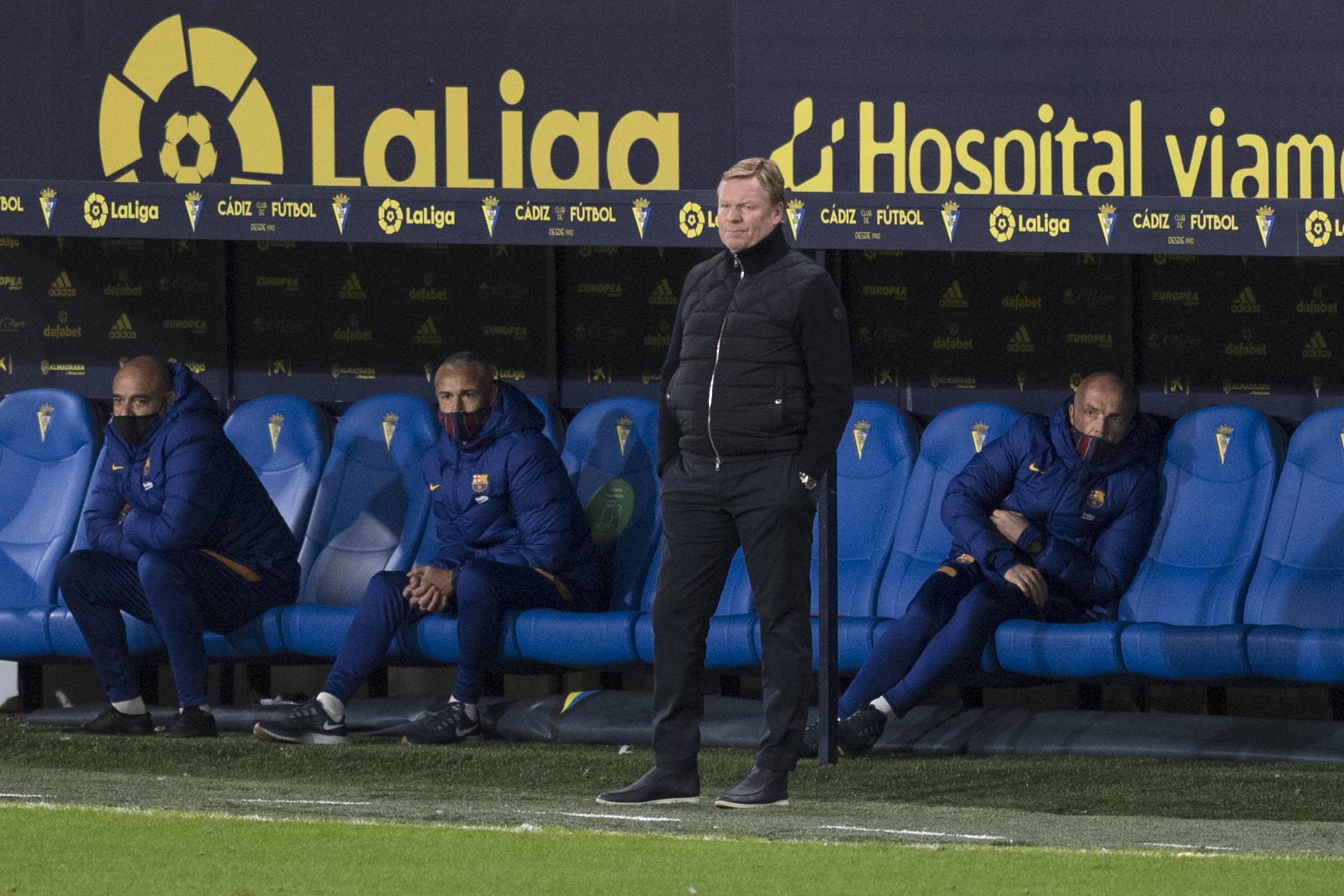 After Barcelona’s 2-1 defeat away against Cadiz yesterday, Ronald Koeman spoke in the post-match interview. The Blaugrana had not lost a game away against Cadiz in 29 years, so the defeat came quite heavy and caused some strong reaction from the fans towards the Dutchman.

“There is a lack of concentration, we can’t concede a second goal like that. We have to analyse how we lost today. We have to improve. We’ve lacked aggression without the ball.”, said Koeman after the game.

Koeman did everything in order to take the lead. He cannot be blamed for being late on any of his substitutions, as the Dutch coach brought on Dembélé and Pedri surprisingly at half-time. The substitutions paid off, and the equaliser came. Nevertheless, his team conceded another one in the 63rd minute. Koeman again reacted quickly and brought Pjanic and Trincao on 10 minutes later.

“The attitude in the team is good in principle, but at times in the game, like when we don’t have a ball, we make a lot of mistakes. It’s a team thing. I subbed off Dest for some freshness on the wing with Trincão.”, explained Koeman.

Considering the fact that Barcelona managed to win all of their last 5 games, and today, held a record 82% possession during the game, the attitude in the team is good indeed. However, the concentration problems that lead to silly defending, and ultimately points, is unacceptable.

When being asked whether he was the one to blame or the team, Koeman answered: “We win together, we lose together”.

It is unknown how much of a leeway Koeman has left at the Catalan club, but it is clear that fans are not happy with the results — Barcelona has made one of their worst starts to La Liga in history, and that is not easy to take for Culés, no matter what.