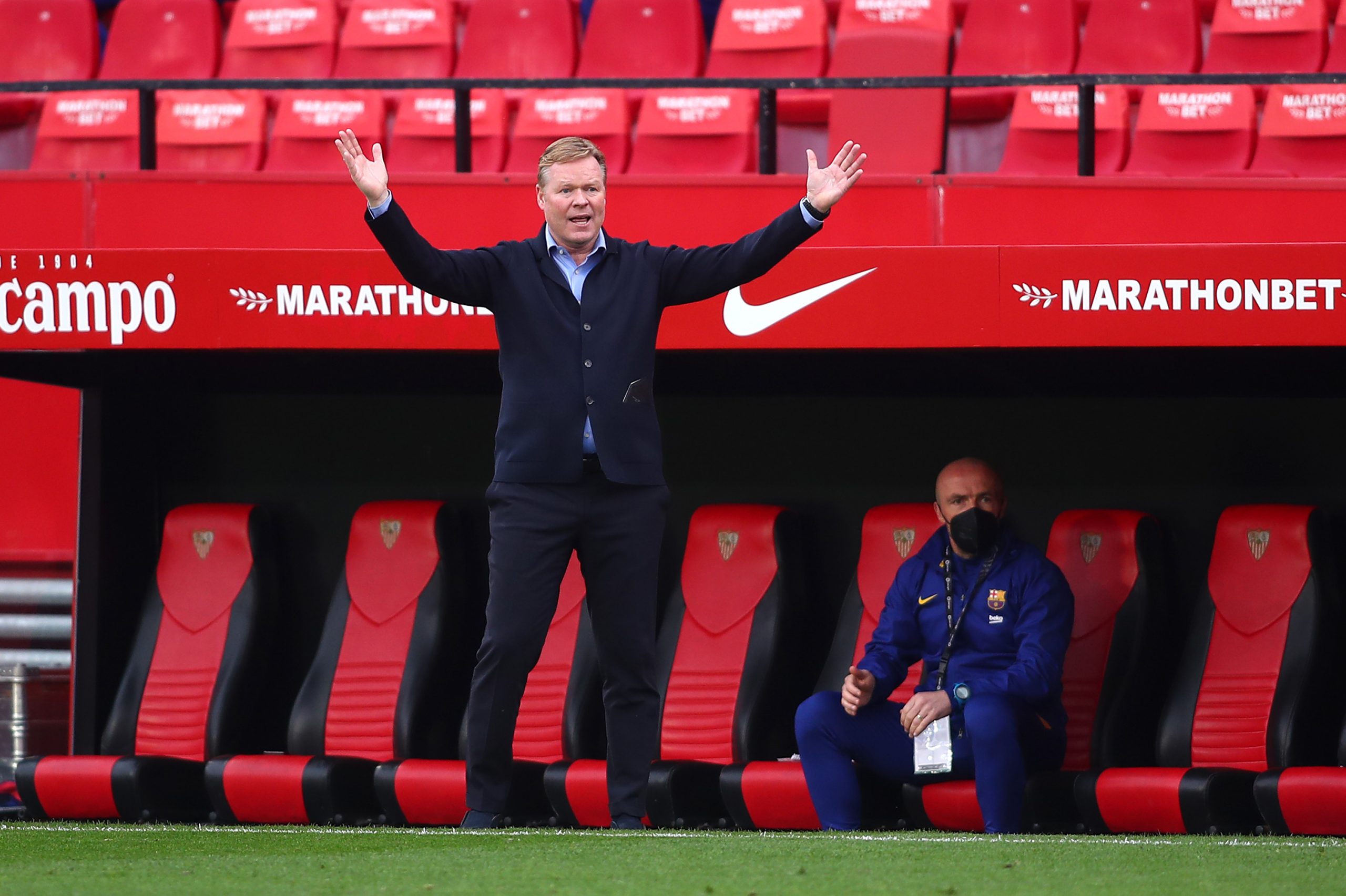 All eyes were on Ronald Koeman who seemed to be have heavily altered the team’s structure ahead of the visit to Ramon Sanchez Pizjuan, where Sevilla awaited them. It turned out to be an incredible tactical masterclass, as Barcelona bested the Andalusian outfit away from home, registering a 2-0 win.

Speaking to the media following the win, Ronald Koeman was in high praise for his players, and claimed that he was very proud of their win today: “I am very proud, especially in physical terms because we have equaled a very strong team without the ball and with the ball we have been calm. That has made the difference today.”

Koeman explained his set-up without giving too much away, knowing that he has to face them in the Copa del Rey in midweek. He said, “We have changed the system to put better pressure on Sevilla. We haven’t left them quiet throughout the match. Today’s key was not to let Sevilla play and have a lot of aggressiveness. It was a very complete match.”

Antoine Griezmann spent all 90 minutes on the bench for this game, and naturally, the journalists started to suspect if there was a hidden message behind this decision. Koeman replied, “There is no message. We changed the system to take advantage of Dembélé’s speed and then Braithwaite came in because it was the best for the team today.”

Unfortunately, Barcelona had to watch Pedri and Ronald Araujo hobble off the pitch tonight, which is bound to raise questions, and increase anxiousness among fans. Koeman seemed to be calm about it, though, and said, “We have a squad that can overcome the injury problem we have. We will wait and see who will be there and who not on Wednesday.”

In continuation about his comments about the game on Wednesday, Koeman said, “Today’s match will help us pull off the comeback. But we must not forget that it’s a different game. We must understand that.”

He signed off with praise for Ilaix Moriba, who came on and assisted Barcelona’s second goal of the night: “Ilaix came on and he helped us. He was very calm with the ball.”