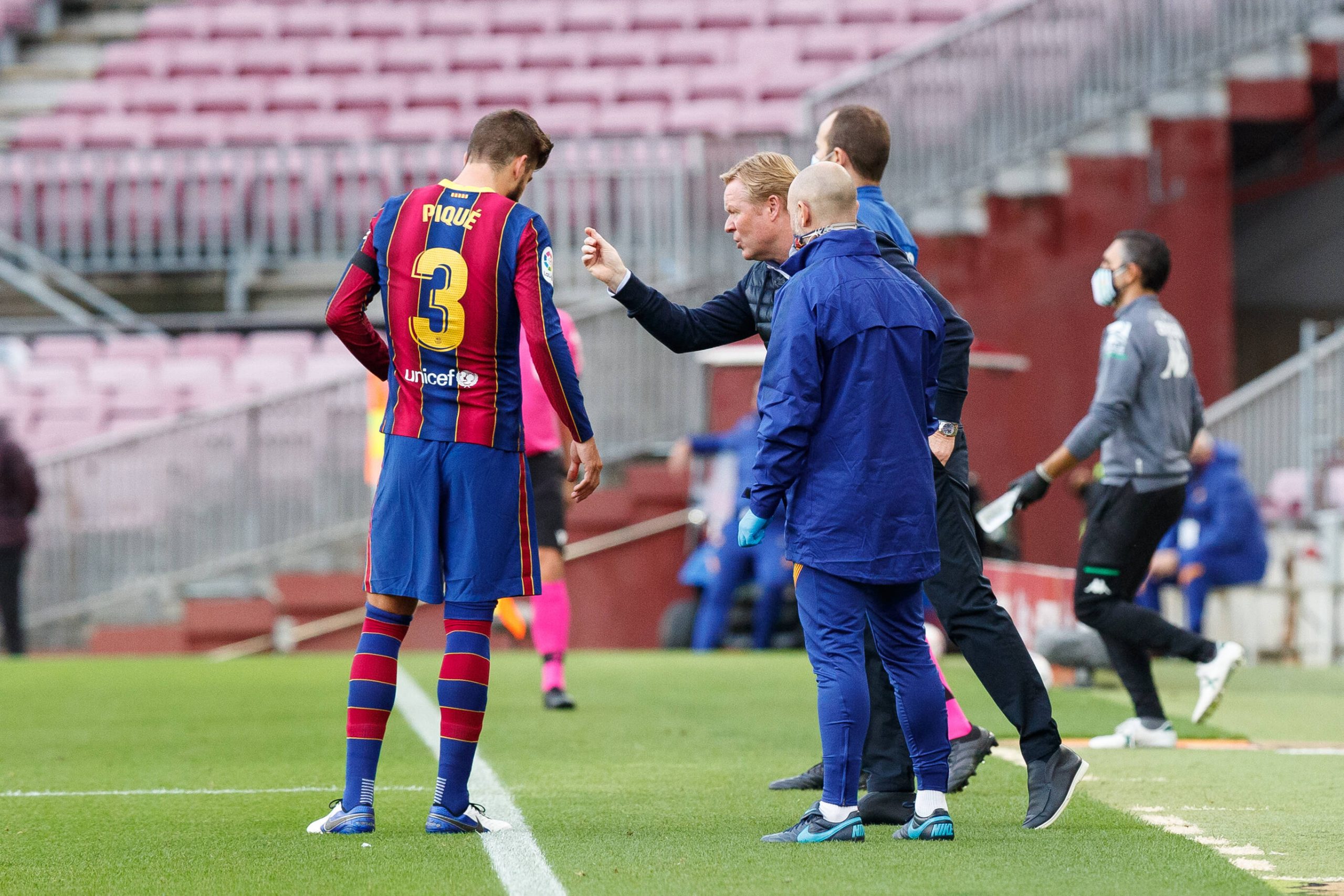 In the 20 games Barcelona have played thus far in the league, they have been awarded five penalties, of which only two have been converted. They have, however, been punished with two penalties against them as well, with Frenkie de Jong and Clement Lenglet on the end of those fouls. A differential of three penalties is not bad at all. Yet, the feeling that it could have been so much more stays.

Each passing game, there seems to be at least one foul that goes unpunished against Barcelona, in any competition. It was on Fransisco Trincao against Granada, on Ousmane Dembele against Athletic Club in the last week alone. While this is all there to see, Gerard Pique could not hold it back any longer, he never does and spoke about it in an interview conducted by YouTuber DjMMaRiiO, Pique claimed that 85% of the referees support Real Madrid.

On the back of this controversial claim, Ronald Koeman was asked his views on it in the Real Betis pre-game press conference, to which the Dutchman replied, “Piqué’s words about the referees? It’s a statement from him, it’s his responsibility that he felt that way. I wasn’t here before, I can’t comment. I can only comment on things that happened since I arrived here, and it’s true that we’ve had no fortune with the referees.”

Koeman has spoken about the decisions gone against Barcelona very openly, in fact. For example, after the game against Real Madrid in December, the Barcelona manager was fuming and said in his post-game presser, “I don’t understand the referee’s decision regarding the penalty. VAR has never been in our favour. All the decisions are against us. Messi deserved a penalty against Sevilla, red cards weren’t given against Getafe, things today too…the decisions always against us.

While Barcelona are in red-hot form right now and have been winning games on the bounce, some fair penalties in their way will make things easier, and not allow all games to extra-time. The refereeing in La Liga has been extremely controversial this season, and if it continues this way, the league is bound to lose viewership.