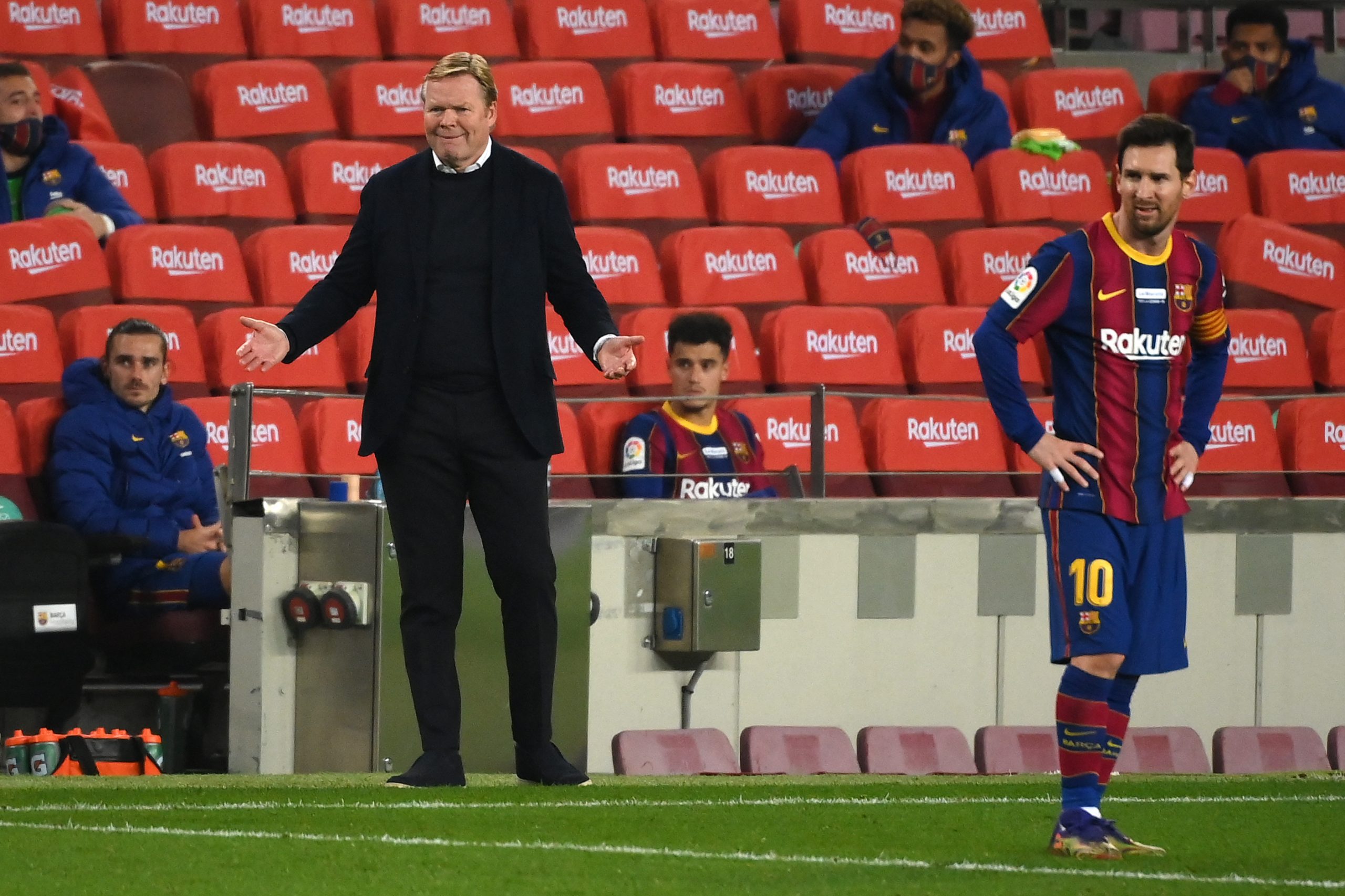 Ronald Koeman’s Barcelona drew with Valencia this Saturday. The Catalans could not see off the game and, ultimately, got pegged back before the end of the game.

“We didn’t miss many clear chances today because we didn’t have many in the first place, which worries me. There was irregularity during the match, and at some point, we lost control.”

“We played a difficult match. I thought we should play with three at the back to control the game defensively.”

“We tried everything, but it was not good enough.”

Koeman decided to replace Frenkie de Jong with Philippe Coutinho when he could have had more control with Miralem Pjanic, Carles Aleñá or Riqui Puig. The Catalans suffered a lot from the lack of control in midfield and could have won the game easily. Besides, had Antoine Griezmann not missed the ball in front of the net, Barça would have won.

“We subbed on De Jong to play differently, not because Busquets was playing badly.”

De Jong had a really pleasing half. However, the Blaugrana midfield was too empty and the Dutchman, much like Sergio Busquets, could not do everything by himself. Overall, it was a chaotic midfield.

“The young players have to mature.”

Oscar Mingueza and Ronald Araujo had another impressive game, Pedri covered a lot of ground and Sergiño had a decent game on the right. Perhaps the more experienced players, like Coutinho and Griezmann who did not have their best game, were the biggest problem.

“We haven’t said goodbye to La Liga. There are a lot of games left.

“There are moments where it’s not important to play well, but it’s a matter of seeing off the game.”

In the marathon that is La Liga, consistency is key. Real Madrid proved it last year by winning their games while not shining. However, Barcelona have not shown any consistency to justify their numerous below-par displays. If Koeman’s men can win three games on the trot without relapsing, then maybe they can dream about the title. Right now, the objective is to qualify for the Champions League.