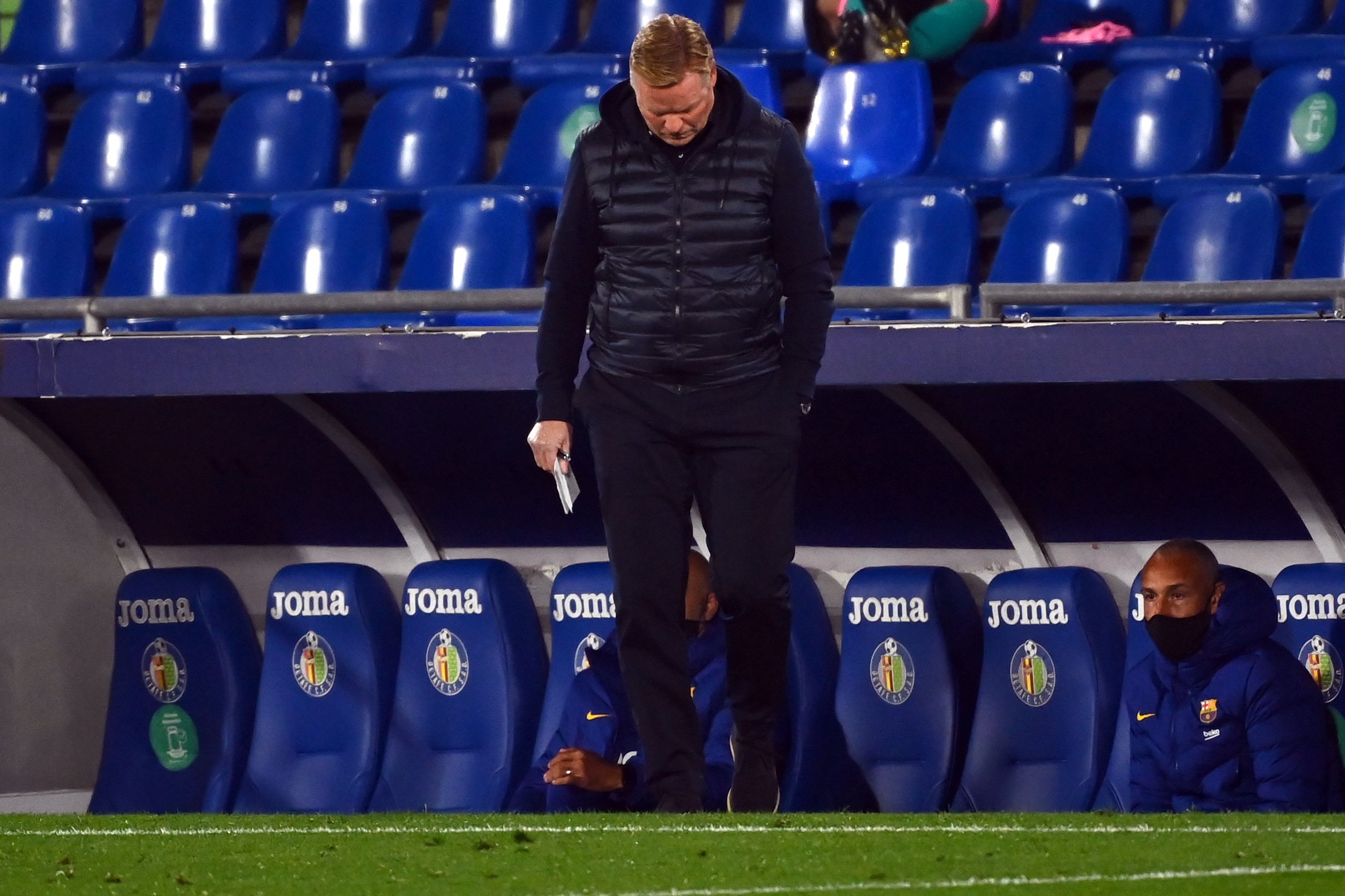 In his pre-match press conference, Ronald Koeman received a lot of questions, as the journalists want to know what the Dutch manager’s plans are after two underwhelming games at the helm of the Catalans. As the former Everton coach gets ready to face Ferencvaros, which looks like a banker for Barça, in the Champions League, the journalists wanted to know his stance on Barcelona’s chances in the Champions League.

Ronald Koeman, perhaps wanting to seem realistic, did not big his side up and admitted that he didn’t view his side as the favourites to win the coveted competition. Whilst not dreaming about winning the cup, Koeman thinks his side can go far, and maybe further than Quique Setién’s side last campaign.

“We’re not the best favourites to win the Champions League, but we can go far.”

Ronald Koeman in his press conference ahead of the Ferencvaros game

Objectively, Koeman is right to say that because his side, after a hectic summer and an even crazier year, might not have what winning the Champions League demands. Sure, he’s got the best player in the world in Leo Messi and some great players in Philippe Coutinho, Ansu Fati, Marc-André Ter Stegen, Gérard Piqué and Clément Lenglet. Still, he doesn’t possess the team to win the cup, especially as Bayern Munich and many other sides look more ready after overcoming transition periods.

While the coach’s comments might seem a bit too fatalist, the Culés must understand that their team is in a transition period after a traumatic event, the 8-2, and a trophyless year. This time, unlike 2014, there wasn’t any money to paper over the cracks with superb players such as Ivan Rakitic or Luis Suarez. This year, the fans should focus on the league which seems like a much more realistic achievement for this season, especially as no one seems like dominating the league this year in Spain.