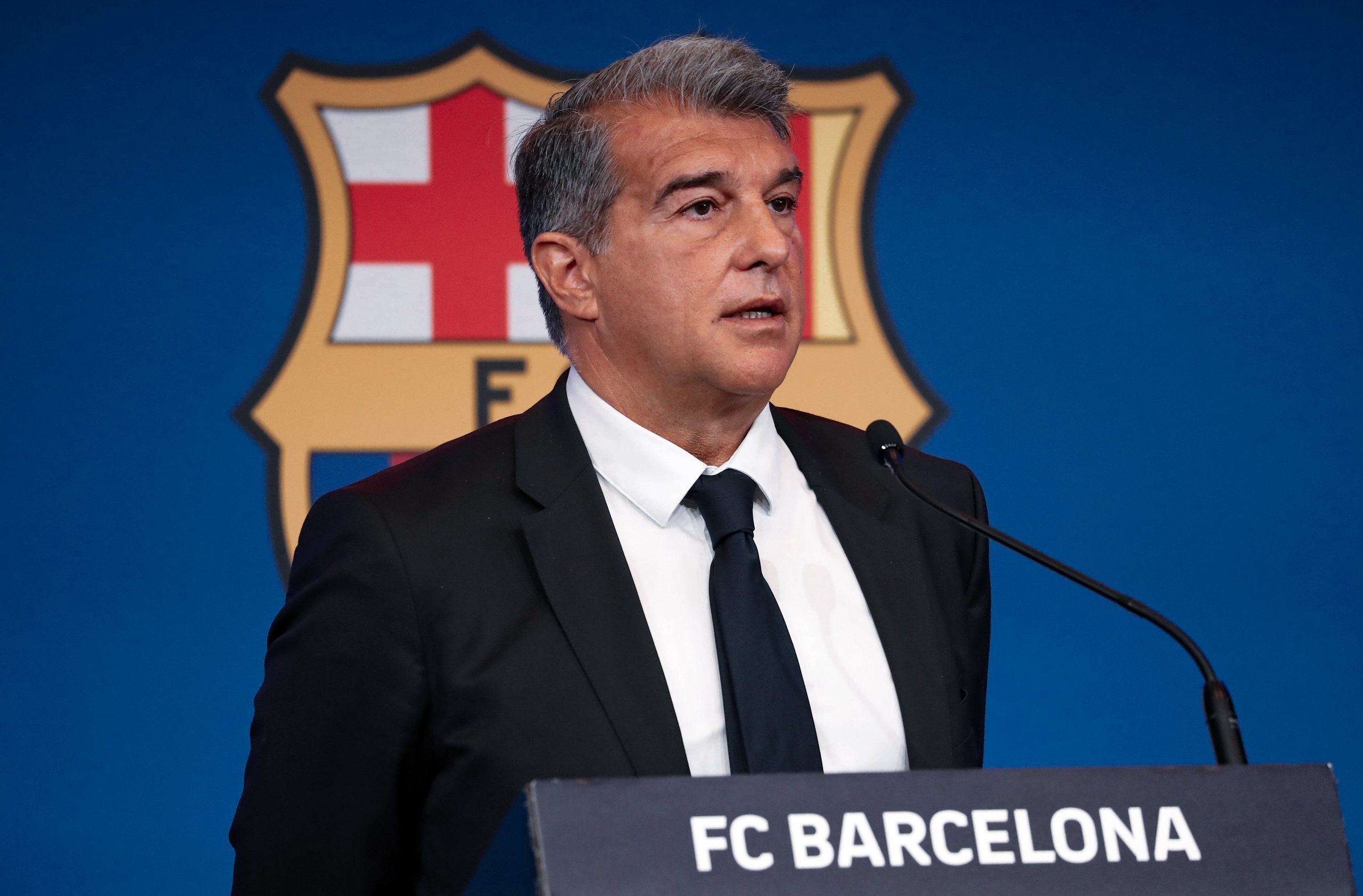 By Jan-Michael Marshall and Udhav Arora

With pre-season already underway, Joan Laporta and his team still have plenty of work to do in the transfer market. As of mid-July, Barcelona have offloaded six players – only two of which were squad players last season (Junior Firpo and Francisco Trincão). In fact, zero players who are reportedly on the metaphorical “chopping block” have been sold or loaned out.

Suffice to say, time is running out for the Catalans. In an attempt to provide a framework for Barça’s transfer market strategy, the following piece will look at various squad players and determine whether they should be kept, sold, or loaned. The players listed will be those not deemed “untouchable”, such as Pedri, Frenkie De Jong, or Ansu Fati.

Ideally, Barcelona would be able to host the most talented personnel in the world without having to worry too much about their financial situation. However, in a world infected with a deadly pandemic, the situation is far from ideal.

That said, Martin Braithwaite is likely to be offloaded while Fransisco Trincao has been shipped out already. Ousmane Dembele will be out injured for half a season, and there is little that can be predicted regarding Ansu Fati’s recovery, leaving Barcelona with only Sergio Aguero and Memphis Depay as first-team attackers.

Griezmann showed improvement in leaps and bounds during his second season, and all evidence points towards him improving even further. If Barça can get him to agree to a massive pay-cut, they should definitely keep him.

With one year left in his deal, an increasingly undefined squad role, and the arrival of Emerson Royal, Sergi Roberto is one Barcelona should be looking to sell.

For years, Roberto’s versatility saw him operate at right-back, centre-mid, and even out-wide. Rightly so, he earned the nickname “jack of all trades, master of none.” Now, the team boasts three quality – and natural – options in Sergiño Dest, Emerson Royal, and Oscar Mingueza. In midfield, Roberto can play as a rotation piece, but the Catalans should look for one of a different profile instead.

If Bayern are calling for the Spaniard’s services, Barça should answer.

Although Coutinho started off the 2020/21 season positively, injury kept him out for the majority of the season. Now somewhat of an after-thought, a change of scenery would help reignite his career and ensure Barcelona’s financial stability. After all, paying an extra €20 million to Liverpool for a handful more appearances seems like a far from smart move.

The question is, which club will come for him?

Unfortunately, Coutinho’s story with Barcelona could not get the triumphant turnaround it deserved. Like a Greek tragedy, this tale started with bright expectations that faded into darkness.

Another one of Barcelona’s infamous 100-million plus signings, Dembele’s time at the Camp Nou should also come to its natural conclusion. After four season of injury, his story will likely close without a happy ending. While there were some positive takeaways in 2020/21, it was nothing new.

The Frenchman could attract offers, albeit his recent injury will suspend that in the meantime. As such, can Dembele be sold this summer, or would he walk for free in 2022? For various reasons, Barcelona should cut their losses sooner rather than later.

With the exception of the fullbacks, Barcelona could lack pace on the flanks severely this season, depending on the recovery of Dembele and Fati. Braithwaite could be their way out of trouble.

In a team with several crafty footballers like Depay, Collado, Fati, and (hopefully) Messi, the big Dane provides a direct option who can play across the frontline. Not to mention his top-notch work rate, which will come in very handy in various formations.

Does not eat up too much salary, either.

Clement Lenglet’s situation is a tricky one. His first season with Barcelona was topped by an astounding second, but after a year of subpar performances (to say the least), should Barça listen to offers for him?

On the one hand, some view that “settling for Lenglet is settling for mediocrity.” If Barcelona want to re-establish themselves atop the world stage, Lenglet can not be an undisputed starter, rather a squad option and rotation piece.

Alternatively, the Blaugrana are so paper-thin in defence that they can not afford to let Lenglet go, especially if Ronald Koeman continues with a 3-5-2 or 3-4-3 setup. To add, his wages are not a detriment to the bill like others on this list.

With both arguments in mind, Barcelona should still be open to selling Lenglet. Ideally, they would then target another: centre-back with whatever transfer fee comes in return.

Pjanic came to Barcelona in part of a ‘swap’ deal with Juventus, which saw Arthur Melo go the other way. It was a horrendous transfer in the first place and has not worked out (on the pitch) for any of the three parties.

Ronald Koeman was hesitant to use the Bosnian in his midfield last season, and there is no evidence to prove that things will change this time around. Barcelona do need another midfielder; unfortunately, Miralem Pjanic is not the answer. Bin him, save the high wages, invest in a star or to-be-star midfielder.

Cutting ahead of Puig and Pjanic in line for that fourth midfield spot, Ilaix got ample chances last season to prove that he could be what Barcelona need. While his performances can be split into two, it’s his contract troubles that could get the best of him during this tumultuous time.

Barcelona’s midfield is stretched thin, but a loan could be exactly what the doctor ordered for the Spaniard. As a player who can fit into several systems — unlike, for example, Puig —, this could be the much-needed experience Ilaix needs.

Maybe one season off will help him and his agent clear their heads regarding their contract demands. At the end of the day, it’s much better than offloading him to another team.

Despite some glaring errors in the beginning of the season, Neto consistently put in solid performances when called upon in 2020/21. In many ways, this is the case of a keeper who is overqualified to be a backup.

In a desperate bid to free up space in the wage bill, Neto remains one of the most attractive – and valuable – players in the club. Additionally, Barça B goalkeeper Iñaki Pena looks capable and ready to take over as Ter Stegen’s deputy.

Neto has reported interest from clubs all across Europe, and Barcelona should seize this opportunity.

Riqui Puig’s first full season as a senior Barcelona player did not go quite as planned. In all, Culés expected more out of the youngster following a hopeful debut season. However, Koeman’s lack of rotation and apparent at-odds with Puig saw him barely feature the entire year.

Nonetheless, Barça should keep a hold on Puig for at least another season as he can provide an extra dimension from midfield and be a reliable rotation piece.

Alongside Miralem Pjanic and Philippe Coutinho, Umtiti finds himself on the outside of the Barcelona squad without a way in. With no defined role, no clear future, and unshakeable injury history, Umtiti should also be sold in this transfer window.

Given the reported contract details involved, selling Umtiti may come at a steep price for Barça. Still, the club is in no position of power and can not act with authority. If the only way to offload the 27-year old is to continue paying a portion of his salary, then so be it.

With the arrival of Eric Garcia and the rise of Oscar Mingueza, Ronald Araujo, Barcelona’s third captain, has lost his spot in the team and the heart of fans. However, contrary to popular opinion, he remains of utmost importance.

Barcelona are often vulnerable from the wings and are subject to dangerous crosses, and while Pique showed several moments of lapse of concentration while dealing with said crosses, he remains the player with the best chance of dealing with this danger.

Additionally, during a squad revolution at the Catalan capital, Barcelona need as many experienced heads to lead by example and by voice. Such a task falls on the shoulders of Geri, who has proven to be an excellent leader and possibly the most prominent presence in the dressing room.