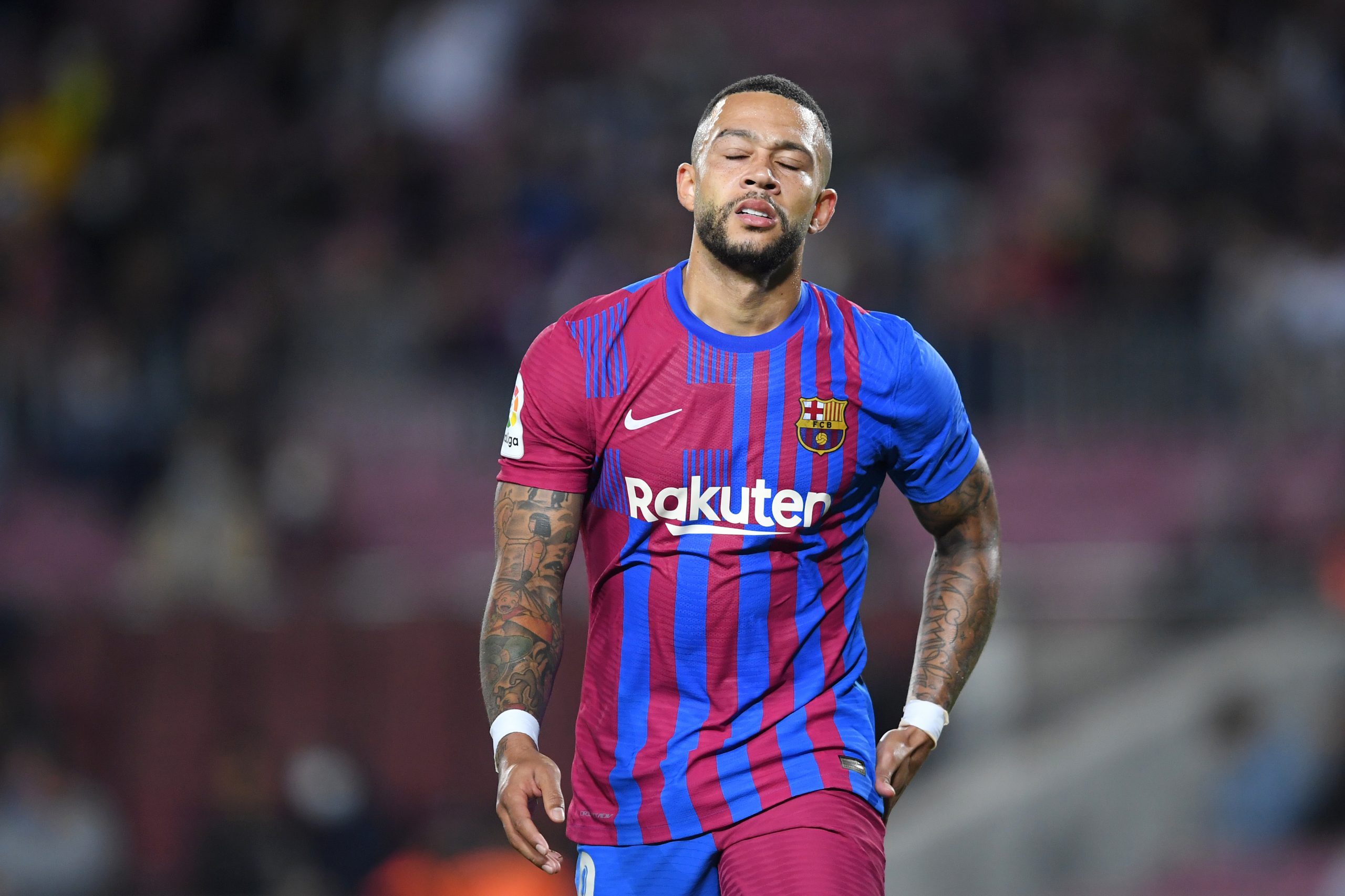 As the season wears on, it is clear that Barcelona do not have the best of firepower in their ranks. The Catalan giants have suffered immensely due to their forward line. Given the injuries to Ansu Fati and Martin Braithwaite and Sergio Aguero’s unfortunate health concerns, the Blaugrana lack a proper centre-forward.

Memphis Depay is the only saving grace in the attack right now, but even he has his own issues. The Dutchman is one of the most productive forwards this year. He has Lionel Messi-level numbers in terms of goal contributions. Despite this, there is a growing worry that he struggles to finish in front of goal.

In a report relayed by El Nacional, Juventus are interested in the forward. Having lost Cristiano Ronaldo this summer, they have not yet replaced their marksman. And thus, are preparing a €60 million bid for him.

Juventus were very interested in signing the Dutchman when he was available for free, but were beaten by Barça. The Old Lady offered him a much better contract, but his dreams of donning the garnet and blue eclipsed money.

Xavi Hernandez values Memphis’ productivity, especially in between the lines where he is most dangerous.

But, at €60 million, Barça might just be open to selling. The Catalans need a proper finisher for the long term. One name regularly put in the media is Erling Haaland, but Barcelona would need nearly €100 million to acquire his services.

Should they manage to sell Memphis to Juventus, funds could be directed towards the Borussia Dortmund forward. Haaland is one of the world’s most coveted products, with other, bigger clubs looking at his signing. It will be difficult to attract him to the Camp Nou, especially in this climate.

Nevertheless, as for Memphis, it seems unlikely that Barça would run the risk of selling him without a proper replacement.