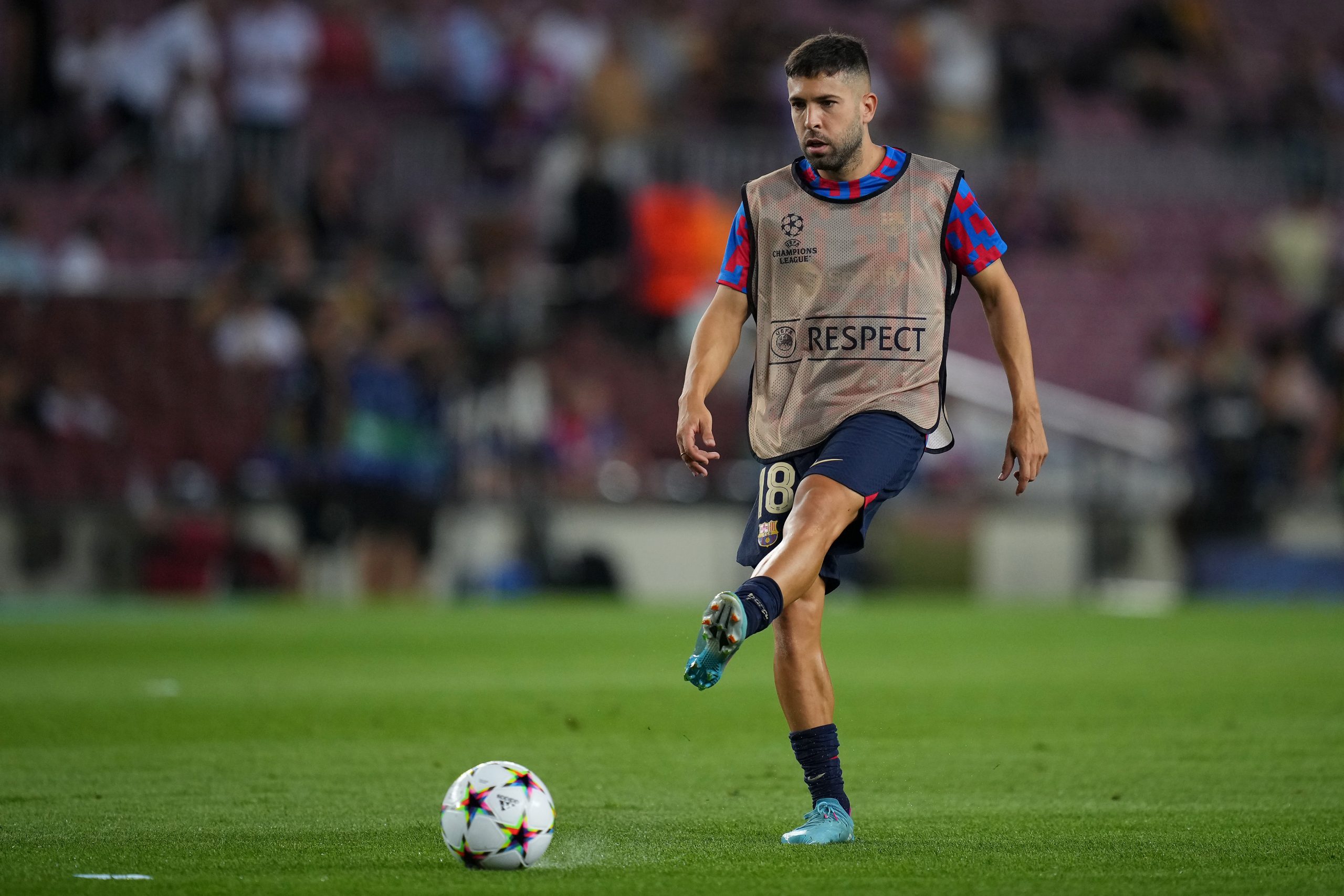 Serie A heavyweights Juventus are considering making a move for the signing of Barcelona veteran Jordi Alba during the January transfer window.

This claim comes from Luis Miguel Sanz of SPORT, who states that the Italian giants are looking for an experienced left-back in January and like the profile of Alba.

The 33-year-old is enduring one of his worst starts to the season since returning to Barcelona as he has dropped well down the pecking order of things at Spotify Camp Nou.

Indeed, after starting the opening La Liga game of the season against Rayo Vallecano, Alba has not featured in the first XI any of the league matches, with youngster Alejandro Balde being preferred by manager Xavi Hernandez.

Alba, as a result, has played just four times in all competitions (two starts), totalling up to only 216 minutes of on-field action.

Barcelona had already made an attempt to move him on in the summer when they had an agreement to loan the veteran out to Inter Milan. However, Alba rejected the move as he desired to stay put and fight for his place.

But, the Catalans are intent on getting rid of his massive wages and could make efforts to offload Alba and fellow captain Gerard Pique in January. And this is where Juventus have entered the fray.

The Bianconeri have endured a torrid start to the season, with Massimiliano Allegri under intense pressure already. While they are struggling across the pitch, a new left-back is reportedly being seen as a key addition in the mid-season trading window.

With Alex Sandro on the decline, Allegri and Juventus want to sign a seasoned campaigner who can add quality and leadership to the side, leading to their interest in Alba.

Barcelona, for their part, would be open to negotiating a loan deal or a permanent sale. However, any move would depend on the 33-year-old as he still has close to two years left on his current contract with the La Liga giants.