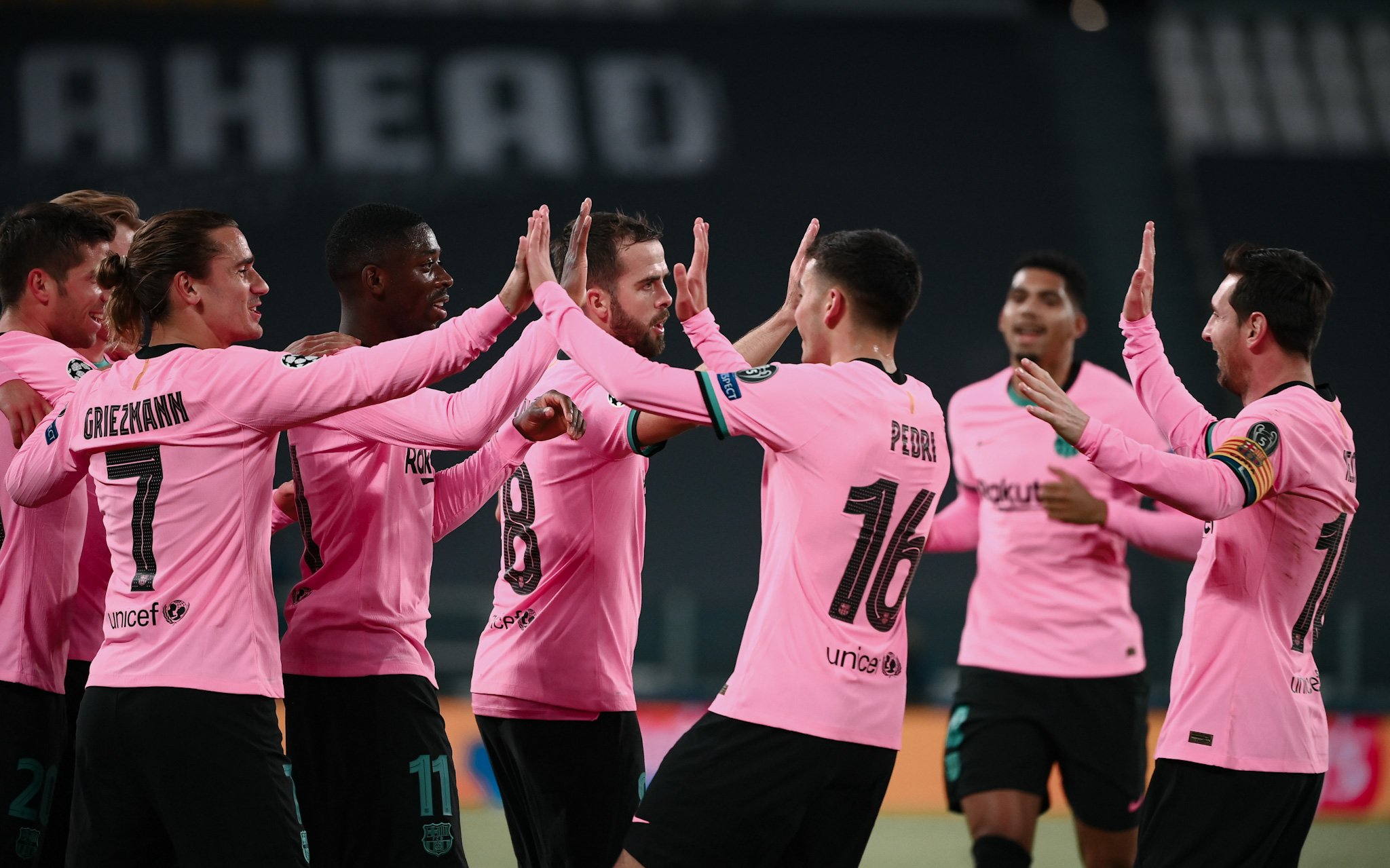 A match report and summary of Barcelona’s Champions League win away against Juventus.

Barcelona had to win this game in Turin. They lost at Camp Nou a few days ago, and Koeman tinkered a lot. Five players were taken out of the eleven. Perhaps, two players could have felt hard done by their coach in Ansu Fati and Sergiño Dest. However, the Catalans had a game plan to beat Andrea Pirlo’s new-look Juventus side.

Antoine Griezmann, deployed as a center-forward, had a superb game. The Frenchman was unlucky not to put his team in front when he struck the goalpost in the first minutes of the game. His backpass to Leo Messi was delicious too, but the Argentine magician’s finishing was appalling. Griezmann, replacing Philippe Coutinho who was out injured, did a fine job in an unusual eleven.

One of the most significant additions to the side was Miralem Pjanic, who replaced the aging Sergio Busquets. The Bosnian played badly in the first half against his former team and nearly gifted Alvaro Morata a goal with his dangerous pass in the box. Also, Alvaro Morata had the ball in the back of the net twice after Barcelona’s opener, but the two attempts were disallowed. Unlucky for the Spanish man, who deserved to score in this half, in vain.

Perhaps the most significant talking point of the game was Ousmane Dembélé. The Frenchman, playing on the right, was superb and made Danilo’s head turn on multiple occasions. The winger opened the scoring for his side with a big deflection helping the ball on its way to the goal. This goal comes as a relief for Barça and Dembélé and might be the start of an excellent tournament for the Blaugrana winger. Along with his strike against Ferencvaros, Dembélé has now scored twice in two Champions League games for his club and looks strong this year.

Barcelona played a decent half overall, but things could’ve gone south. They had many chances, which they had to score. Missing so many opportunities, especially for a player of Leo Messi’s caliber, is unacceptable. Messi was instrumental in Dembélé’s goal, however. The Argentine’s peach of a pass was superb, and his assist capped off an unlucky half for him.

Barcelona didn’t take their foot off the gas pedal in the second half. In fact, the Catalan giants were better than in the first period. The Blaugranas thoroughly dominated Pirlo’s side. However, they did not make them pay for their mistakes, and it could’ve backfired.

Ousmane Dembélé continued his encouraging first half with many flashes of brilliance. The Frenchman deserved a second goal in this half, but he has to work in the finishing area. He had the chance to score after Pedri had opened the way beautifully for Messi. Dembélé got the ball but didn’t shoot. Despite the fact, he came off, Dembélé was one of the best Culés on the pitch. His replacement in Ansu Fati gave a second life to the game. The youngster was lively in an open competition, and perhaps he should’ve had the opportunity to score. Fati provoked a penalty in the dying minutes and Messi converted it.

The Blaugranas were serene in defense even as Frenkie de Jong played center-back. They did not concede many chances and the most significant opportunity came when Morata found the net for the third time in the game. The former Atletico forward strayed offside, again. Barcelona frustrated Juve until the end with Demiral getting a red card near the end of the game.

Despite the result, the Catalans wasted many chances. They have to do better against more frightening oppositions. Messi had many opportunities to score but, had a great game overall. His highlight of the second half was when he made Demiral fall after turning quickly.

FC Barcelona won for the first time in history away against Juventus. pic.twitter.com/lKYnbXaR1Y

A special mention to Pedri, who at 17, is impressing and made Juve’s heads turn. The Spanish youngster is a superb talent, and this was his best game since coming to the club.

For Koeman, this is a serious performance that might propel Barça into contenders. This victory was superb and calm, just what Barça needed. Now, they have to focus on the league and win their next game. Vamos Culés.